A Rugby League Fair: How we can better celebrate the fan experience?

Who won on the weekend? In fact … who played?

While the rugby league world continued to spin, your correspondent took time out to attend a music festival. Aussies Jimmy Barnes, Airbourne and The Lazys wowed crowds at Ramblin’ Man, a three day shindig in Maidstone, Kent.

That’s the thing about rugby league in England; because it’s played in summer it has to compete with pretty much the only period of the year you can be outside and say truthfully you had a half-decent time!

And that just doesn’t go for watching, it’s also a deterrent to participation.

Anyway, that’s not what I want to write about. I often think about possible crossover from the these two arms of the entertainment industry, professional sports and music.

The Magic Weekend/round is rugby league’s equivalent to a music festival, isn’t it? Fans of different groups/teams gather to celebrate the entire oeuvre.

But one thing is creative and another is competitive, so there are some aspects of the fan experience that aren’t translatable.

One thing that should absolutely be copied is the food and drink concessions and retail you see at these festivals. A greasy old burger van just does not cut it at a decent public entertainment event these days.

At Ramblin’ Man there was microbrewed lager and ale straight out of the barrel, a cider tent and everything from curry to ostrich burgers when thirst gave way to hunger.

Now I am aware you can sell more when people are on site for a whole day but the crowd compared with some of our bigger games.

There was also a wide variety of merchandise – and not just the home ‘team’, as we often see at rugby league. Imagine only being able to buy t-shirts for bands who are from Kent!

The fact is, like bands each team has an audience of X people. The sport’s job is to communicate with them and get as many of them as possible to come to events and spend money.

By the way, if you think South Sydney Rabbitohs are pretty piddling compared with AC/DC, I’ll ask you this: if AC/DC played Homebush every second week for 26 weeks, how many people would show up by the end of the season?

When you peddle live art, you have to travel around in search of an audience and a living.

That’s because art, no matter how much you change your setlist or whatever, has a certainty of outcome and sport does not.

There are a very small minority of people who might follow U2 from city to city and get a thrill when they throw in a deep track but generally speaking, if they come through town once a year.

That’s enough for 99 per cent of their fans. You don’t cheer when they finish above the Red Hot Chili Peppers in Billboard Magazines box office tables.

In sport, there is an uncertainty that keeps us coming back in numbers that mean over the course of the year, soccer teams you’ve never heard of will outdraw the Rolling Stones.

But that doesn’t mean sport should rest on its laurels that tribalism alone with pay the bills in 2019.

In Australia, the NRL and its does a pretty good job of not doing so by taking games to regional, interstate and Kiwi venues – just like a band.

In England, things tend to be done somewhat on a shoestring. There was a nice big fan zone at Magic Weekend and there will be something similar at the Challenge Cup final, albeit done by the RFL instead of Super League.

But getting people to stay on site and spend money remains tougher for sport, which runs for a set time.

One idea that was thrown up at the start of the season was to have a “Super League Sunday” promotion.

Sunday games aren’t shown on TV except in exceptional circumstances and with more of them on this year, Salford led the way in trying to get face painters, live streaming content and other carnival like paraphernalia to their matches this season.

But in the end, corporations – even those who already sponsor the game – won’t pay the wage of someone to go hand out fliers if there’s only going to be a couple of thousand people on hand.

That’s the problem you have. Every community needs glue, a clarion call that brings it together, a platform that businesses will pay to access.

The NRL and its teams definitely have that and you’d like to think events like the World Cup Nines can develop a real festival feel. 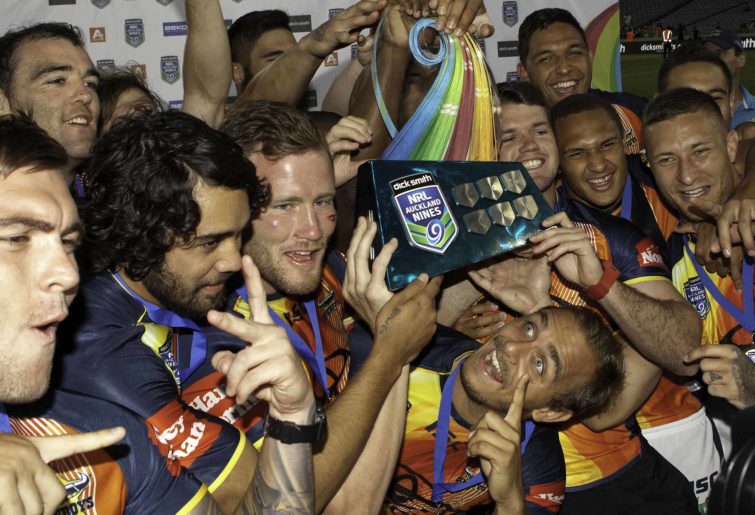 I’d love see rugby league collectors fairs and old jersey stalls around these big occasions – let’s promote the feel-good factor as much as the commercial. Let’s acknowledge podcasters and amateur website owners and footy card collectors and the rest.

A rock festival is all about the fan experience; sometimes the fans seem to be ignored in sport. We don’t read enough about where fans stay, where they drink and eat, the banter in the stands, the travel experience – particularly in Australia.

The full name of the festival I went to was was Rambin’ Man Fair. Wouldn’t it be great to see at travelling Rugby League Fair, league fans’ very own Big Day Out? 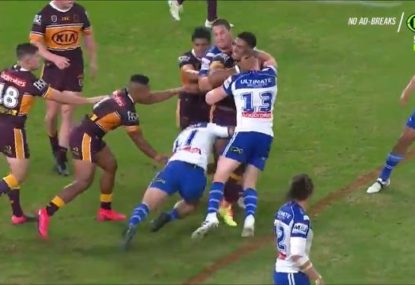 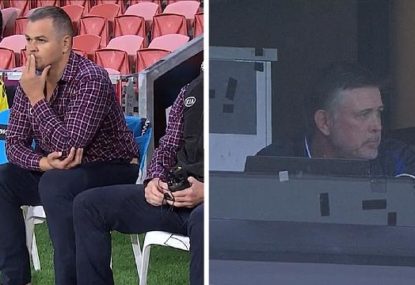 It’s common knowledge that if you’re a former Bronco, you are considered royalty in Brisbane. Unless you’re Brad Thorn and you’re punished with coaching the Queensland Reds. However, a number have stepped forward during the club’s crisis to reveal they no longer share a close affinity with their former employer, with names such as Barry […]