When I think of some of the Swans greats of the last 15 years, I can’t help but admire Jarrad McVeigh. On Thursday, the Sydney great announced that he would hang up the boots at season’s end after 324 games.

Growing up on NSW’s Central Coast, McVeigh was a talented young junior who was destined for big things. In 2001 Jarrad was the joint winner of the McLean Medal for best player at the National AFL Under 16 Championships, and it was here where Jarrad caught the eye of AFL scouts.

This led to bigger and better things for McVeigh and eventually in 2002 he was recruited by the Sydney Swans Football Club with pick number five in the national draft.

McVeigh made his senior debut for the Swans in Round 1 of the 2004 AFL season wearing No. 3. As McVeigh gained experience, he made a considerable amount of improvement in his football where he established himself from a tagging player to a goal kicking midfielder. 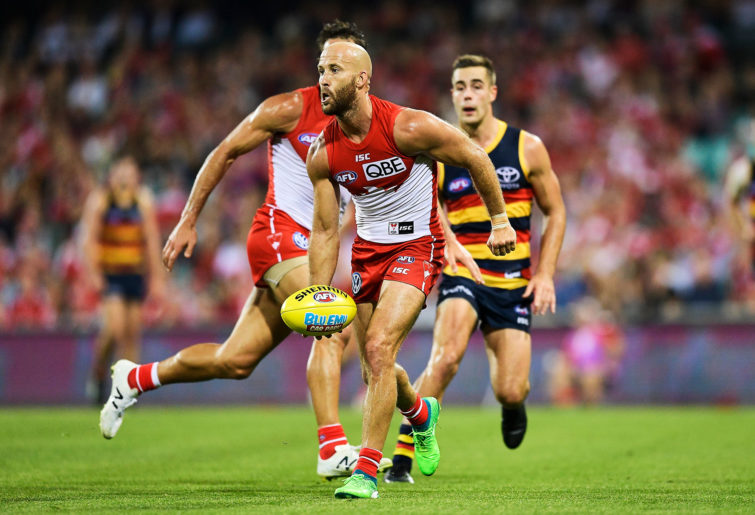 In 2007 he was named Sydney’s most improved player, and this was followed by him then winning the Swans’ best and fairest award – the Bob Skilton Medal – in 2008. He won the same medal again in 2013.

In 2011 Jarrad was appointed co-captain of the Sydney Swans alongside good friend Adam Goodes. This season was overshadowed however by the tragic death of his newborn daughter. McVeigh – despite the tragedy – continued to press on, which clearly displayed his strong character and mind.

In 2012 McVeigh – alongside co-captain Adam Goodes – led the Swans to the 2012 grand final where the Swans were victorious against Hawthorn. McVeigh still rates this achievement as one of his finest. Towards the later years of McVeigh’s career his role changed again, this time evolving into the half back position where he again established himself as a key player for the Swans.

It is expected that McVeigh will look to try and play at least one more game this season – which would mean he’d be equal in total games played with former Swans champion and great friend Jude Bolton, who played 325 games. Next season he’ll transition into coaching where it looks like he’ll remain with the Swans as an assistant.

At a press conference on Thursday, Swans coach John Longmire described him as having “made as large an impact on and off the field as any player that we have had,” which is certainly fitting words for a champion of the Sydney Swans Football Club.