Another week, another set of intriguing games across the college football landscape.

We’re starting to see the real contenders – Alabama, Clemson, Ohio State and Georgia – separate themselves from the rest of the AP Top 25 poll, although if recent history is any guide, October and November are going to be as dramatic as ever, with plenty of dominoes to fall in the race for a college football playoff spot.

In case you missed the action across the weekend, read on for a look at who covered themselves in gridiron glory and who didn’t with the Week Five edition of winners and losers.

Winner – Sean Clifford
The Penn State quarterback threw for 398 yards against Maryland on Friday night, breaking the school record for most yards in a Big Ten road game.

Most impressive? He did it in only three-quarters of action in the rout. Clifford and the Nittany Lions look like they’ll be Big Ten contenders again.

Loser – Virginia Tech
The Hokies were belted 45-10 by Duke on Friday night, which definitely wasn’t the way the Hokies wanted to send out veteran and retiring defensive coordinator Bud Foster.

Worse for a program that hasn’t gained any traction in the Justin Fuente era, it was Tech’s worst home loss since they were beaten 49-12 by Houston all the way back in 1974.

The seat under Fuente is going to be scorching this weekend.

Winner – Iowa’s offence
The Hawkeyes rolled up 644 yards of total offence in a 48-3 win over Middle Tennessee at Kinnick Stadium. That’s more yards than Iowa has managed in all the years Kirk Ferentz has been head coach in Iowa City.

The Hawkeyes move to 4-0, for just the second time in ten years, and have a huge game next week against Michigan.

Loser – Nebraska
On a big night in Memorial Stadium when a statement could have been made, the Huskers were dominated in every facet of the game, losing 48-7 to a rampant Ohio State team who had the game won by half time.

The performance shows that Scott Frost has a long way to go in rebuilding the once-great program, especially defensively.

They were sieves on Saturday, though admittedly not helped by the offence’s inability to sustain a drive.

Winner – DeVonta Smith
The Crimson Tide receiver set Alabama records for receiving yards and touchdowns, with eleven receptions for a whopping 274 yards and five scores in the 59-31 Tide beat-down of an overmatched Ole Miss squad.

Most impressively, Smith had actually broken the receiving record in the first half. The Tide are an ominous squad again in 2019.

Loser – the Pac-12
Is there another league that cannibalises its own like the Pac-12 does? There are now exactly zero undefeated teams in the west-coast conference after Cal were defeated by Arizona State on Friday night.

Yet another year of Pac-12 teams on the outside looking into the playoff.

Winner – Wisconsin’s defence
The Badgers scored twice on defence to continue their unbeaten season with a narrow 24-15 victory over Northwestern.

That the Badger defence stepped up to the plate and helped engineer the win when the offence had a quiet day, at least in comparison to recent games (and particularly last week versus Michigan) is a great sign for this team.

Loser – Maryland
Remember when the Terrapins were sitting pretty 2-0, piling up the points and looking good under new head coach Mike Locksley? Fast forward a few weeks, and the Terps were embarrassed 59-0 at home by Penn State on Friday night.

Winner – Southern Methodist
The Mustangs are 5-0 for the first time since 1983.

Loser – South Florida
After winning seven straight to open the 2018, Charlie Strong’s Bulls have collapsed in an ugly heap, losing nine of ten since.

They continued that trend on the weekend, losing 28-21 to SMU, and Strong had to watch a quarterback he had at Texas, Shane Buechele, throw three touchdowns.

Would not be surprised to see Strong fired before the season is out.

Winner – Minnesota
The Gophers are 4-0 to start the season and PJ Fleck appears to have things headed in the right direction up in the Twin Cities.

They took care of Purdue 38-31 on the road in West Lafayette, largely thanks to quarterback Tanner Morgan, who set a Big Ten conference record for completion percentage (with a minimum of ten attempts) in going 21-22 for 396 yards and four touchdowns, thoroughly dissecting the Purdue defence.

Loser – Rutgers
The Scarlet Knights have been outscored 82-0 in two Big Ten games this season, losing to Iowa and, this week, Michigan.

It’s hard to believe a decade ago, Rutgers, with Greg Schiano at the controls, were a regular in the polls. They’ve slipped an incredible amount since, and any recovery is going to take an eternity.

Winner – Chuba Hubbard
The Oklahoma State running back ripped off 296 rushing yards on 25 carries, and scored once, as the Cowboys beat Kansas State 26-13. This is a name to keep an eye on as far as Heisman Trophy candidates go. 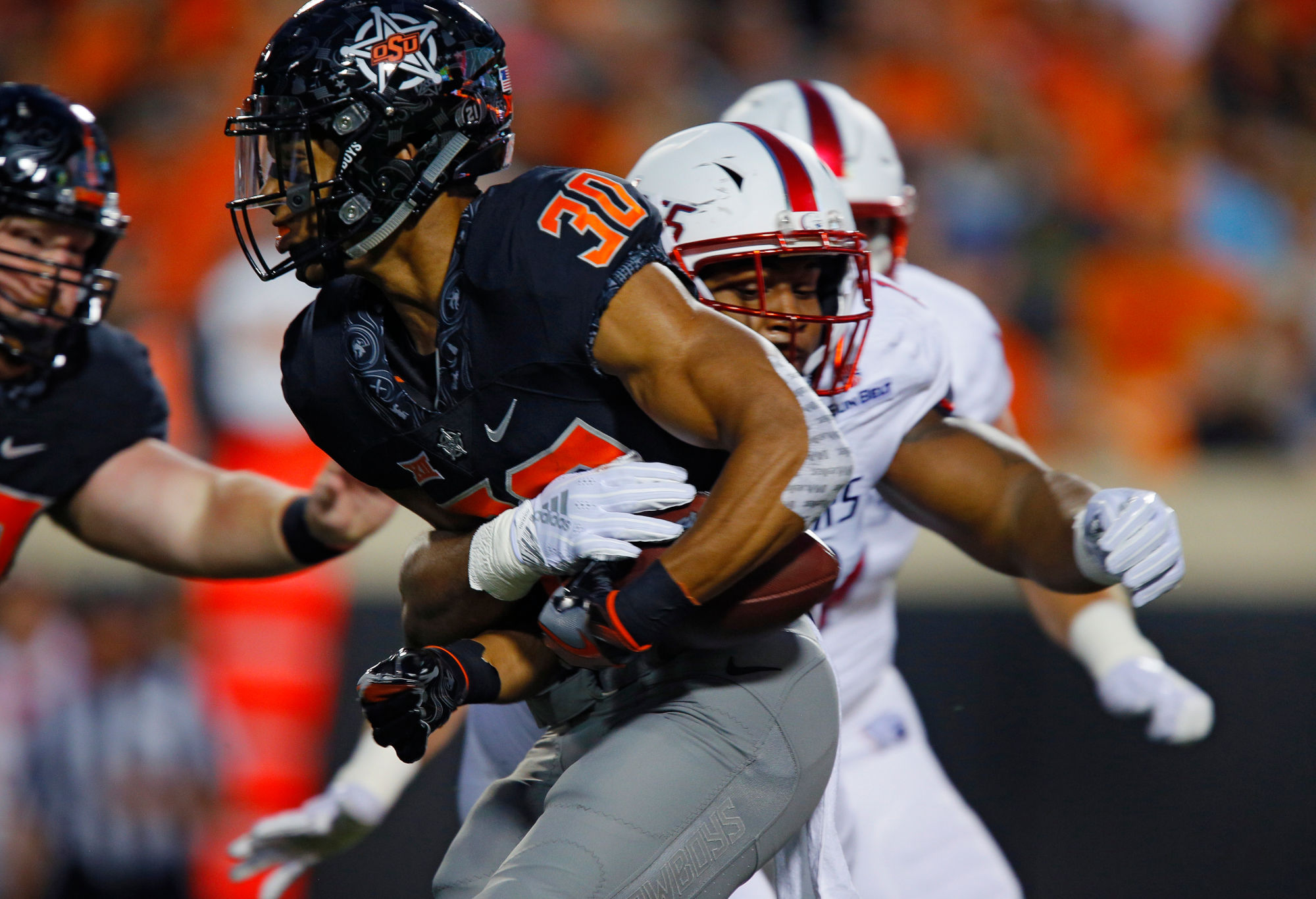 Loser – Matt Fink
A week after carving up the Utah secondary, the third-string USC quarterback landed back to earth with a definite thud, throwing three interceptions and only 163 yards as the Trojans lost 28-14 to Washington.

The real kicker was that the Huskies scored 14 points from the three turnovers. Not good news for under-pressure coach Clay Helton, either.

Winner – Notre Dame’s defence
A mammoth eight sacks for a rampant Fighting Irish front in the 35-20 win over Virginia.

Loser – Purdue’s offence
The Boilermakers lost quarterback Elijah Sindelar and star receiver Rondale Moore on the same play during their 38-31 loss to Minnesota.

A one-two punch the Boilermakers couldn’t afford in a game that, thanks to a few garbage-time touchdowns, looked better on the scoreboard than on the field.

The Boilermakers fall to 1-3 on the season.