Can South Africa build on their encouraging start?

When Australia previously visited India for a Test series, they inflicted a heavy defeat on the hosts in the first Test. The tourists rode on Smith’s brilliance for the major part of the series; however, India’s might was hard to conquer even for Bradman-esque Smith alone.

England and New Zealand got walloped before that. The former started strongly and kept regressing as the series kept progressing, while the Kiwis kept struggling throughout the series.

The South African team of 2015 were scintillating with the ball only to bottle up their advantage with the bat. Such has been India’s aura of invincibility at home, especially in terms of their spinning options that it takes a monumental effort to gun them down.

Yes, Virat Kohli’s leadership has made the Indian team nearly unconquerable – not only at home but also overseas. But what has predominantly made them formidable is the abundance of quality spinners. It is a testimony to their dominance that the Englishmen led by Alastair Cook in 2012 were the last side to score a victory over India at their fortress. 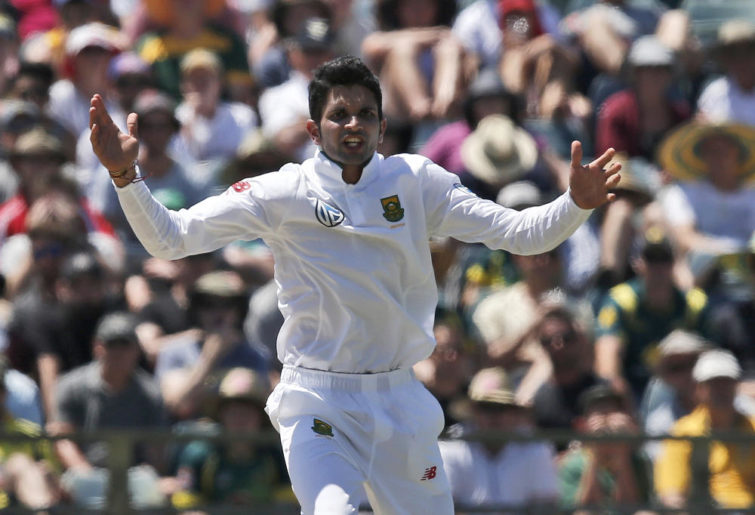 And the new Proteas have every chance of outgunning Virat Kohli’s men in their den, for they started highly better than expected. For better or worse, their batsmen carried the ignominy they suffered in 2015 and took a giant leap at Visakhapatnam to turn it around.

On the flip side, there has also been a role reversal. Proteas’ spinners received a hammering, but their batsmen exemplified the grit. Back then, the South African batsmen – bar AB De Villiers – lacked the skill, vigil, application, footwork and determination to keep their spinners guessing.

Contrary to the previous outing, they got nearly all the boxes ticked with the willow in the first Test. Their defensive prods were just as compact as their attacking strikes. Ushered by Elgar, the South Africans made Virat Kohli revisit his bowling strategy.

The resilience displayed by another set of batsmen in the second innings even when a thrashing was inevitable affirmed that the tourists weren’t pushovers. However, their job has merely begun. Going to Pune, South Africa must expect that the trial by spin will only take the aerial route.

If anything, the visitors should also embrace the way they have addressed their issues with spin. They need to keep building on that and taking a back-step shall not work.