Kangaroos storm into a new era

The games were held at the Illawarra’s WIN Stadium and were preceded by a star-studded under-23s Junior Kangaroos team demolishing an under-strength French team 62-4. That French team was mainly made up of players from the semi-professional British and French league.

By the time the highly anticipated Jillaroos versus Ferns Test began there was a healthy crowd inside the stadium and by the time the game ended, there were over 10,000 people present.

The final result was 28-8 with local south coast names like Shakiah Tungai, Kezie Apps and Jess Sergis all starring with try-scoring performances. They had a vocal crowd behind them who lined up long after the game for photos and autographs. Given this level of support and the level of talent the Illawarra is producing, it’s fair to say that this area is the home of women’s rugby league.

Jillaroos coach Brad Donald said the game was closer than the scoreline suggested and you could see from the effort from all players that it was a real war of attrition. The game appeared to have a little extra starch after last week’s upset at the World Cup Nines tournament when the Kiwi Ferns stole the title from the Jillaroos with a masterclass in the final, followed by assertions that the Aussie girls were “cocky” from Kiwi Ferns centre Jules Newman.

The Kangaroos and Kiwis then played their match as part of the Oceania Cup and the new-look Australian team ran out 26-4 victors in front of a crowd of just under 18,000.

The weather was balmy, the locals were excited and the on-field action was rapid. It was evident early on that Boyd Cordner’s men were in control and strong games from superstars Latrell Mitchell, Damien Cook and Jake Trbojevic made sure it was a spectacle that was lapped up by the Aussie fans who attended. 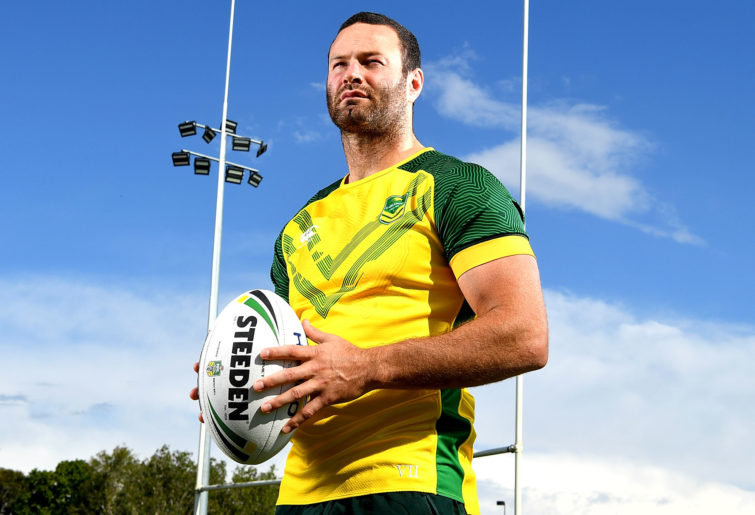 For all of the challenges around the international game, well-attended Jillaroos and Kangaroos games full of recognised superstars in a regional area is a recipe for success.

Despite the barbs of union fans, the viewership of 674,000 on Friday night proves that in Australia, the NRL teams can hold their own and the new crop of players have brought a renewed pride energy to the jersey, spurring on the next generation.

The truth is that rugby league will never be rugby union and the scenes in Japan clearly illustrate that point. But with the NRL endeavouring to create more products to shop around in an ever-changing broadcast market, meaningful international fixtures can be an important part of this overall strategy.

While an international footprint close to rugby union’s is fanciful, Rugby Australia will look upon the NRL’s viewing numbers with envy.

This week, the focus shifts to Auckland where the Kangaroos play a buoyant Tonga, who have just defeated the Great British Lions. Hopefully this means the renewed interest can continue.