They have won two premierships, played in five grand finals and only missed the finals four times.

2019 was the first time they missed the finals in a decade. Lance Franklin playing only ten games was a key factor as to why they missed as well as an injury to first-place ruckman Sam Naismith.

It was an uncharacteristic year for the Swans, and as football goes in New South Wales, if finals aren’t delivered in 2020 it will hurt the Swans and the AFL’s hip pocket.

Sydney’s defence is clearly the best part of their side and it will again go a long way in seeing whether they can bounce back and play finals in 2020.

The key defenders make every backline and Dane Rampe and Aliir Aliir are among the best in the competition. Rampe had an interesting year last season, shaking goal posts and calling umpires little boys, but at the end of it all, he still made the All-Australian squad.

He rarely gets beaten in one-on-one contests and averaging 20 disposals a game while playing that role is fantastic.

Aliir had a career-best season. He did fantastic jobs on some of the best forwards in the competition, provided good run from defence averaging 15 disposals a game and ranked 18th in intercepts, which is obviously important in the modern game. 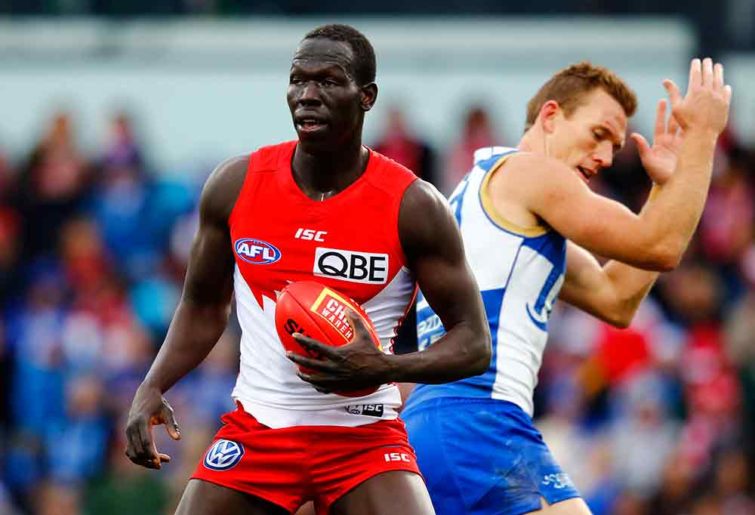 The Swans have the best rebounding defender in the game in Jake Lloyd. He is probably the most underrated player in the league. He averaged 30 disposals a game last season, ranked first in effective disposals per game, ranked first in metres gained per game and ranked second in rebound 50s per game, which should show everyone how good he is.

Jordan Dawson was very good last year, averaging 18 disposals a game from defence and at the age of 22, he should have some major upside while the likes of Callum Mills (when he’s down there), Colin O’Riordan and James Rowbottom can all provide good run and also be accountable in regards to actually defending.

Sydney’s midfield is good on paper, but in reality, it hasn’t worked for a couple of years now and that’s something they need to address in the preseason.

However, he is at the back end of his career. Turning 32 in a few months, there is a chance that he will fall off the cliff and if that happens, the Swans are in trouble.

Luke Parker was again very good. He was also ranked in the top 20 for clearances per game and contested possessions per game and with Kennedy aging, Parker is going to be expected to shoulder the load as their best midfielder for at least the next year or so.

Whether the Swans rise or fall, like most teams, will be dependent on how their younger players can develop and the Swans have two star midfielders coming through the ranks.

Isaac Heeney is already a pretty big name in the football world but he has only scratched the surface of what he is capable of. He averaged 20 disposals a game last season as well as kicking 26 goals, but certain games showed what he can do. He had 33 disposals against Essendon, 28 against West Coast and 25 and two goals against Richmond.

With more midfield time in 2020, there’s no reason to suggest why he can’t put up these numbers more regularly and become a brilliant midfielder.

Ollie Florent has improved year on year so far and now entering his fourth season, he should be ready to stamp himself as a very good player in the competition. He averaged 19 disposals a game last year and like Heeney, had some of his best games against the best teams.

Once he gets his endurance and just his body in general to where it needs to be, he’s going to be another very good midfielder.

If those two can break out next year and reach their expected heights, suddenly the Swans’ midfield bats deeper and gains a lot of speed, which is what they are missing at the moment.

Sydney’s forward line was relatively awful last season, but that was due to Lance Franklin being out for the majority of the season and only playing ten games.

Obviously, when you have the best forward of the last 20 years in your side, you’re predominantly going to play through him. He’s kicked 944 goals, and even last year when he was playing injured he ranked third in goals per game and kicked 27 goals from the ten games he played.

Franklin is expected to be back running next week and if he plays in Round 1 and then stays fit for the entire season, I would expect the Swans to be right back in the finals race. He’s good for basically 60 goals a season and that is something you just can’t replace from any team.

Outside of Franklin, the mercurial Sam Reid is still the Swans’ second tall but is yet another player who has injury concerns. He played every game last year, something the Swans need to happen again, and kicked 28 goals.

One would expect that if Franklin comes back fit and firing, he stays fit and therefore gets the second-best defender and should improve on his goal tally from last season.

The Swans’ small forwards are led by Tom Papley, who is one of the best in the league. Papley kicked 37 goals last season, averaged 15 disposals a game and ranked ninth in total goal assists across the year.

At the age of 23, there’s no reason he can’t improve again and if he does, it’s a scary thought for opposition defenders.

Nick Blakey had an exceptional first year of football. He showed glimpses of brilliance and even though he has a long way to go in terms of physicality, another preseason should do him the world of good.

Lewis Taylor, Will Hayward and Isaac Heeney are all very capable when they go forward, and all of them have scope for improvement considering their age.

The Swans, like most teams, are in that cluster around 6th–16th on the ladder.

I expect guys like Heeney, Florent, Papley, Mills and Blakey to improve in 2020 and therefore I have the Swans rising up the ladder again and bouncing back from a horrendous year in 2019.

Their defence is among the best in the league and if Franklin comes back and plays most games, their forward line also gets a lot better.

2020 will be a good year for ‘the bloods’ faithful as they see their young leaders push them into yet another finals campaign.

Sydney superstar Lance Franklin has successfully challenged his one-match AFL suspension for striking at the tribunal and will play against Essendon.

Golden age: Swans have got the squad balance right in quest for AFL glory

Could a Sydney Swans dynasty be ahead of us? 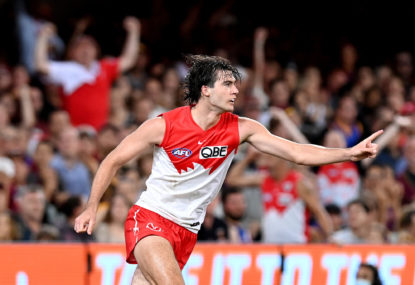 Golden age: Swans have got the squad balance right in quest for AFL glory