My England ODI XI of the 21st century

Since the 2015 ICC Cricket World Cup, England has undoubtedly been the best ODI outfit in world cricket.

With an ultra-aggressive approach to batting and a decent bowling attack, England’s positive style of cricket has worked wonders for them after years of mediocrity in the 50-over format.

Opening the batting, I’ve gone ahead with Jonny Bairstow and Kevin Pietersen. Apart from AB De Villiers, Shreyas Iyer and Nicholas Pooran, Jonny Bairstow remains one of four ODI cricketers to average over 47 and have a career strike rate of over 100. His power game at the top of the order has been instrumental toward’s England’s success over the past few years.

A talented sportsman from a young age (including a trial with Leeds United), Bairstow gave up football for cricket, and it paid dividends for him and England. He’s one of the very few English cricketers who can play pace and spin adequately and fearlessly.

Pietersen was ahead of his time regarding England’s one-day outfit. While his counterparts had relatively low strike rates, KP was just a genuine match-winner who would take the game away from the opposition in a few overs. An aggressive batsman who liked to dominate the opponent, KP certainly was a fan favourite among the cricketing public.

My two players who will play the anchor role are Joe Root and Eoin Morgan. The two players who played a crucial part in England’s road to World Cup success, there was no question regarding their selections. The duo are in the top two English ODI run-scorers and have both played their role brilliantly.

For captaining England to the 2019 ICC World Cup and transforming English limited-overs cricket, Eoin Morgan is the captain of this XI.

At number five is my batting all-rounder. You guessed it, it’s Ben Stokes. Phenomenal cricketer. His ability to adapt to the situation and deliver consistently makes him the best all-rounder in world cricket (even though I hate to admit it).

A man who doesn’t shy away from pressure, Stokes is arguably the best cricketer Durham has produced. Since his ODI economy with the ball is expensive, I was forced to include another all-rounder to ensure I had six genuine bowling options.

My wicketkeeper is none other than Jos Buttler. He’s just a freakish talent. Leaving Somerset for Lancashire at the end of 2013, Buttler’s white-ball career went on the up as he churned out the runs consistently for Lancashire and England in the middle-order.

The best white-ball player to ever play ODI cricket for England, Buttler is the x-factor many teams crave for in limited-overs cricket.

At number seven is another all-rounder in Andrew Flintoff. Had it not been for Stoke’s heroics in the past few years, Flintoff would be England’s best ODI all-rounder. His numbers are excellent for a lower-order batsman and took 169 ODI scalps at 24.38 with the ball. Alongside his great ODI numbers, Flintoff is possibly the funniest Pom of all time.

With a batting average of 25.02 with four half-centuries, Woakes is no mug with the bat and a very handy number eight.

At number nine comes Liam Plunkett. Bowling at high 130s to low 140s, Plunkett was an unsung hero in England’s World Cup success. Whenever he was given the ball in the middle overs, Plunkett delivered by taking wickets in critical stages. Even in the World Cup final, Plunkett took three wickets yet didn’t get the plaudits he deserved by the cricketing world.

One memory that strikes to my mind whenever Plunkett gets mentioned is him smashing a last-ball six against Sri Lanka at Trent Bridge in 2016 to secure a thrilling tie.

My frontline spinner in the XI goes to Adil Rashid. Taking the most ODI wickets by an English spinner, Rashid has been nothing short of phenomenal for England in ODI cricket. And my other new ball partner alongside Woakes is Darren Gough.

Bloke was a tough cricketer and became the first Englishman to take 200 ODI wickets in September 2004.

How the English XI stacks up in the end:

Carrying on from my previous article analysing Australia’s teams of the decades, I am now turning my attention to England. 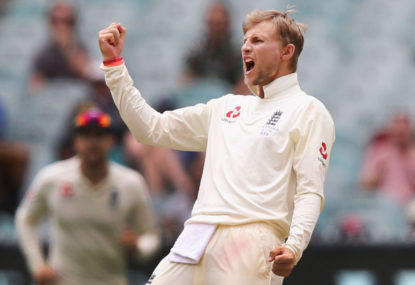