The Kangas looked invisible late Sunday night against the Suns. I will give credit to Gold Coast but a marquee player left out of your side is very strange.

It seems Polec is on the outer at the Roos. Former teammate Kane Cornes is surprised by his omission, saying: “It is ridiculous the way that they’re treating Jared Polec, because if you want to trade him what value is he running around for Collingwood in a scratch match?”

If they are trading Polec, the price tag is high. He’s on decent money and still has years to run on his contract.

So let me assess where Polec could end up. These are three scenarios for him and the Roos and the best outcome for both parties.

Scenario 1: Port Adelaide
This one is very possible. He is known by his former club and could be a great pick-up in the midfield role with Tom Rockliff and give Port the outside run that they need if their top midfielders do go down.

With Robbie Gray verging on retirement, Polec could replace that role. He would be an easy swap. Port would only have to give a draft pick for him, which would benefit North Melbourne as they look for top-quality draft picks.

The only worry with this deal is his wage, which is highly overvalued at North. Would Port pay the money for someone that can’t make it at the Roos? Watch this space for now. We could be seeing a return to the Power for Polec in 2021. 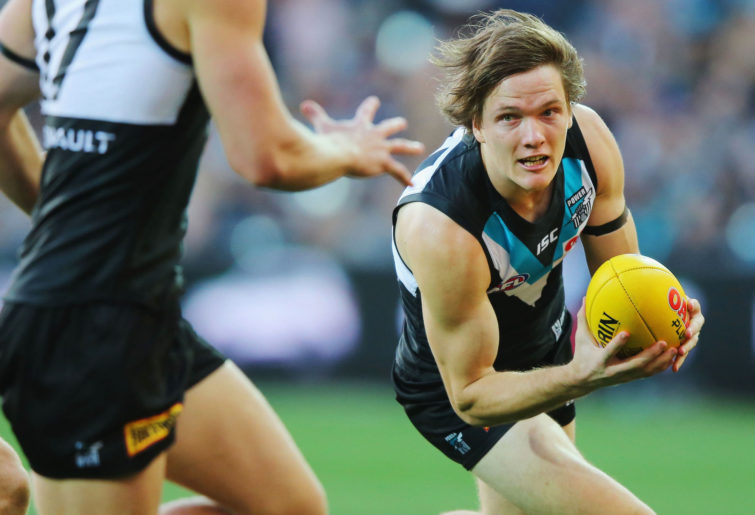 Scenario 2: Brisbane
Another former club of Polec’s, they are the same as Port. They need outside run and Polec is known to be key to North winning the clearance battle, with Polec averaging 2.8 clearances a game.

Having him at the Lions would be interesting as the Lions would have better depth in the midfield. Again, the only problem would be the Lions might not have the cap space due to the fact they pay the likes of Lachie Neale on top dollar, plus Eric Hipwwod and captain Dayne Zorko.

The recurring problem would be the contract that he is tied up on at North. The Lions would give the Roos a draft pick for the trade. Draft picks could be key to North’s rebuild. If this trade happens it could be a great move for the Lions as well.

Scenario 3: Gold Coast
This is a little left-field but possible. The Suns have the cap space and he would be a perfect addition to the Suns’ midfield.

This would benefit Matt Rowell as well because he plays inside and Polec goes on the outside. This would help the Suns mount a finals push in 2021. It also helps their overlap run in the midfield as well, which is much needed.

Also, we have seen other recruits thrive at the Suns such as Brandon Ellis and Hugh Greenwood, who have been key to the Suns’ rise up the ladder this year.

If Polec does go, it could be a great career move as the scrutiny would be off him and it gives him a reset button on his career. Once again, the issue will be his contract and this seems to be the story with all the scenarios with Polec and where he will end up in 2021.

It would be a straight-forward trade for the Suns as the Roos want draft picks so that would be in the trade as well and it would be a great move for all parties involved.

Finally, it is strange that Polec is in the trade conversation again but this is due to the fact the Roos are trying to get rid of any traces of the old regime and are trying to bring in the right culture for the club in the future.

It is possible he could stay with coach Rhyce Shaw saying on on Sunday night: “I’m not going to be talking about Jared’s future or anybody else’s future at our footy club.”

Even though the North Melbourne Kangaroos won the wooden spoon, there were some positives to take out of season 2021.

Sydney have beaten a fast-finishing North Melbourne by 14 points, ensuring the Kangaroos will receive their first wooden spoon since 1972.