It has been 13 long years since the Australian men’s football team qualified for the Olympics.

All this changed 18 months ago, when Nicholas D’Agostino’s second-half strike against Uzbekistan gave Australia a tense win in the playoffs of the Asian qualifying tournament.

Coach Graham Arnold has spent the past few days notifying the below players to get their bags packed for Toyko.

It is an eclectic group, with players representing clubs across the A-League, Asia, Europe, and the Middle East. But it is the selection of the over-age players that will divide supporters.

At 24, Ruon Tongyik has just come off a career-best season with the Central Coast Mariners and many would argue is a deserved selection in the squad. However, his inclusion means there is no room for 21-year-old Jay Rich-Baghuelou.

The towering Rich-Baghuelou has had a great year with the Crystal Palace under-23s and has been training with the first team weekly.

Palace are currently manager-less and have released a lot of their defenders, so it would not be a surprise to see him play in the Premier League next season.

Australia have a lack of depth in the central forward position and supporters expected Jamie Maclaren to be picked as the number nine, but Arnold has chosen one of his loyal lieutenants – 30-year-old Mitchell Duke.

Duke has come off a solid yet unspectacular season with the Wanderers, where he scored six goals in an underperforming team.

Deni Juric has spent the past few seasons lighting up the Croatian league and appeared to be a sure-fire selection, but Croatian clubs are notorious for not releasing international players, which would also explain Anthony Kalik’s absence.

The enigmatic Daniel Arzani has been given yet another undeserved chance at the expense of performing players, having barely kicked a ball in close to four years.

The Olyroos have been drawn in the group of death, alongside Egypt, Spain and Argentina, meaning they are not expected to pick up any points.

Still, the Australian football community will have their fingers and toes crossed that Graham Arnold’s selections can at least be competitive. 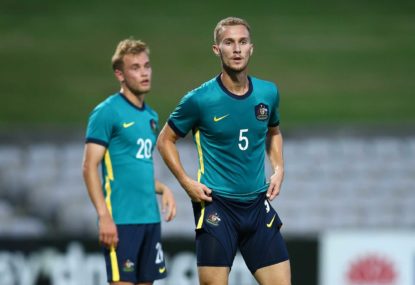