Twenty-four hours after defending champion Naomi Osaka crashed out of the US Open, top seed Ashleigh Barty has followed her out the door after squandering a 5-2 lead in the final set to go down to Shelby Rogers in a thrilling three-setter on Arthur Ashe Stadium.

The Queenslander became the new favourite for the title and going into her Saturday night clash against Rogers on Centre Court was widely expected to reach the second week for the third consecutive time (missing 2020 due to concerns over the COVID-19 pandemic).

However, standing in her way was not just the last American remaining in the women’s draw, but also a boisterous crowd on Arthur Ashe Stadium hoping to witness another upset after seeing Osaka and Stefanos Tsitsipas crash out on Saturday morning (AEST).

Rogers had nothing to lose, and broke early for a 3-1 lead in the opening set. Another break later saw her claim it 6-2, and suddenly Ashleigh Barty was in huge trouble.

But as has been proven over the past two years, when the going gets tough, the tough gets going, and Barty would hit back hard in the second set dropping just one game to force a third and deciding set.

Barty held, and after a tense tiebreak, the American went up a mini-break in the eleventh point to bring up match point, which she would convert after forcing an error off Barty’s return to seal the biggest win of her career thus far. It was sweet revenge for Rogers, who had lost to the Australian four times already this year, including in the fourth round of the Australian Open in February, when fans were locked out of Melbourne Park for five days due to a COVID outbreak in the Victorian capital.

The American next faces British qualifier Emma Raducanu, who thrashed Spaniard Sara Sorribes Tormo for the loss of just one game to advance to her second major fourth round from as many attempts after also getting that far at Wimbledon in July.

Earlier in the day, tenth seed and two-time Wimbledon champion Petra Kvitova bowed out after losing to Greek 17th seed Maria Sakkari, who next goes on to face 2019 champion Bianca Andreescu for a quarter-final berth.

Barty and Kvitova’s departures leave fourth seed Karolina Pliskova as the new favourite to reach the final from the top half of the draw.

After surviving a huge scare against local favourite Amanda Anisimova on Friday morning (AEST), the 29-year-old defeated Australian Ajla Tomljanovic in straight sets to advance to the fourth round, where she will face either Varvara Gracheva or Anastasia Pavyuchenkova.

In the men’s draw, top seed Novak Djokovic continues to close in on the calendar Grand Slam, surviving a stern test from 2014 finalist Kei Nishikori by way of a four-set win. 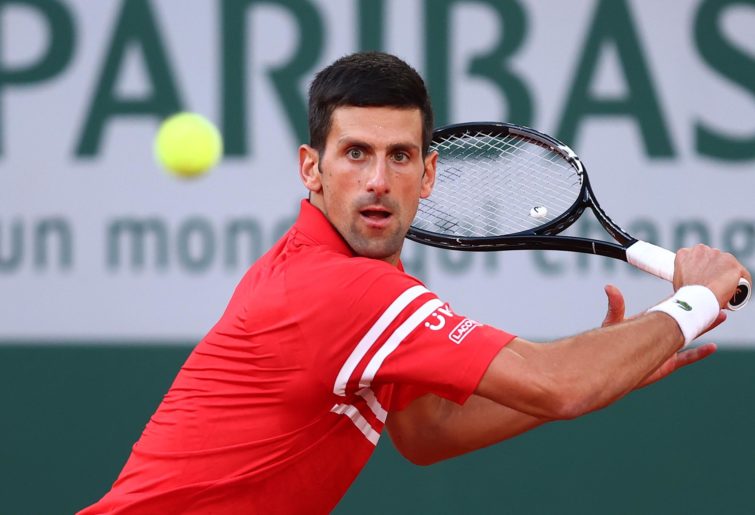 The Djoker dropped the first set in a tiebreak as Nishikori attempted to emulate his upset victory from four years ago, but the world No.1 hit back in the next three sets to progress to the second week once again.

He will now look to get past the fourth round in the Big Apple for the first time since winning his third US Open title in 2018; he was forced to retire injured against Stan Wawrinka in 2019 while he was defaulted against Pablo Carreno Busta this time 12 months ago.

Djokovic’s next opponent is American wildcard Jenson Brooksby, who came from two sets to one down to oust Russian 21st seed Aslan Karatsev in five sets.

There were also wins for Italians Matteo Berrrettini and Jannik Sinner, but another, Andreas Seppi, missed out on a clash against the former after losing to German qualifier Oscar Otte in four sets.

At the time of this article going to print, fourth seed Alexander Zverev was in action against local favourite Jack Sock in the match following the Barty-Rogers clash on Arthur Ashe Stadium.

The fourth round gets underway this morning (AEST) with Elina Svitolina taking on Simona Halep in the first match on Arthur Ashe Stadium; they are followed by British 24th seed Dan Evans tackling Russian second seed Daniil Medvedev, who continues to firm in his bid to win a first major title.

In the evening, Andrey Rublev’s third-round conqueror, Frances Tiafoe, will look to book his place in a first US Open quarter-final when he faces Canadian 12th seed Felix Auger-Aliassime, before past and present French Open champions in Garbine Muguruza and Barbora Krejcikova face off.

For the full Day 7 schedule, as always, please check the US Open website.