However, the wiry Serb can take solace in the fact that any further accolades are simply adding extras. In a dizzying career to date, Djokovic has won all nine Masters 1000 titles to date, twice. This record is unlikely to ever be broken by his long-time counterparts, Rafael Nadal and Roger Federer, given the pair are missing tournaments from their CV which have traditionally been their Achilles heel: Federer needing just Monte Carlo (clay), while Nadal needs Miami and Paris.

The problem for Nadal is the latter event is held on indoor hardcourts at the end of the season (Nadal’s body holding up until the end of the season is typically uncommon), while for Federer, the low-altitude clay of Monte Carlo, with a traditionally low and slow bounce, has never been his forte.

Notwithstanding, it is the little things on all possible metrics which have already cemented Djokovic’s position as the greatest of all time, regardless of his US Open loss. Six year-end championships, (stands alone), six-time year end world No.1 (stands alone), highest win percentage on tour (stands alone), most Masters 1000 titles (tied with Nadal).

Djokovic has also spent a whopping 339 weeks at number 1, a streak which is still ongoing. His closest rival, Spaniard Rafael Nadal, had spent 209 weeks, which pales in comparison, while Swiss maestro Federer spent 310 weeks at the sports top spot.

Given this, Djokovic has almost nothing to play for (besides a little bit of extra history). He has broken almost every all-time record imaginable, so anything further simply serves as an exclamation mark, rather than an ellipsis, on his resume. 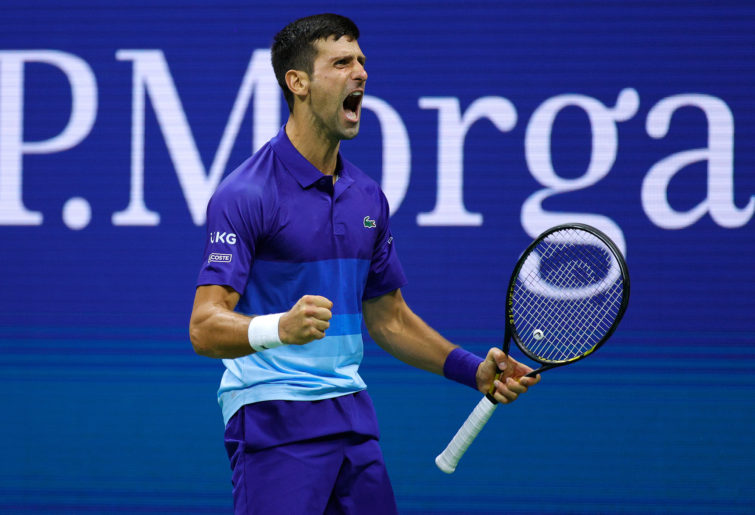 This loss, remarkably, could serve as extra fuel in the fire for Djokovic, in a career with almost nothing left to prove. Does he keep playing simply to win another calendar year grand slam? His only competition appears to be Spain’s golden child Rafael Nadal (who has every chance of improving his major record of 20 with a win in Paris next June).

Perhaps, Djokovic’s next calling at this stage in his tennis career is blocking young up-and-comers from winning majors. Already, since his career renaissance in 2018, Djokovic has prevented a slew of next-gen talent from adding to their account books. Stars of the future, Stefanos Tsitsipas and Matteo Berretini, were thwarted by the Benjamin Button-like 34-year-old.

Motivation, however, is something which powers us all. An argument can be made that had Djokovic won last fortnight’s US Open, there would be little left to prove.

The elusive calendar year grand slam is something which has never been achieved in the men’s professional game, bar once, by Rod Laver in 1969 (hardly something to write home about in comparison to the physicality of today’s men’s game). The grand slam deadlock of 20 would have been broken regardless (health permitting) by Djokovic.

Putting that aside, Djokovic now shifts his attention to finishing a historic 2021 season on a high.

Whether he continues to play, or takes a leaf out of Nadal’s book and calls an end to an incredibly long and successful season, remains to be known. However, one thing is clear: come new year’s day 2022, Djokovic will be locked and loaded, hoping to go all in, this time in the hopes of winning a record-breaking tenth Australian Open crown. ‘La decima’, as they call it, will be on the blue hard courts of Melbourne Park.

Bidding to become the only man in the Open Era to have won ten major championships on hard courts, his quest for ultimate supremacy will be a sight to behold. Winning a major at his spiritual home, Rod Laver Arena, will also give him the outright lead in the slam race, the first time ever in his career.

So, after a three-way rivalry which has spanned almost 16 years, the curtain draws closer and closer on one of the biggest oligopolies in men’s professional sport. Only one man will stand at the mountaintop when it’s all said and done.

I wonder who that will be?