20. ‘Marked’: William Dean Windley was one of South Melbourne’s veteran players when they started out in the VFL, having played in the VFA since 1886.

19. ‘Basher’: As the nickname implies, Jack Williams (1939) was not backwards in coming forward!

18. ‘Chip’: Samual Chipman Turner (1915) was a champion fullback from Golden Point who backed his own judgement.

16. ‘The Chimp’: One of the greatest players of any era, Bob Skilton (1956) was a star from his very first game, and a triple Brownlow Medallist. 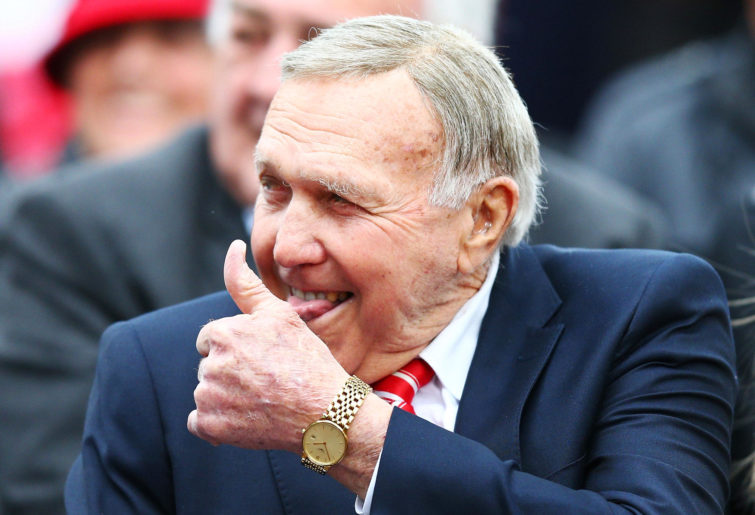 15. ‘Gertie’: Gordon Harold Sawley (1941) joined the Swans while on RAAF duties. He was killed in a training accident over Scotland.

14. ‘Tot’: Leslie John Rusich, of Austrian descent, played his football as a forward. He was in a pocket for South Melbourne in the 1912 VFL grand final.

10. ‘Mother’: Len Mortimer had one of the more unusual nicknames, which may have been a play on his surname.

9. ‘Bob’: This was one of the abbreviated Christian names (short for Robert) I originally rejected, but his name was Harold Robert Pratt (1930) and he was “one of the league’s greatest ever full forwards” so I found a spot for him.

8. ‘Toiler’: Recruited from Beechworth, Harrison was a raw boned follower who combined his football career with duties as a police constable. Also a champion cyclist, he was killed in World War I.

7. ‘K.O’: You needed to have the right initials for this cool nickname, and Kenneth Owen Evans (1935) did! He could have starred at cricket, athletics or football and tied for a gold medal in the high jump at the Commonwealth Games.

6. ‘Gentleman Jim’: Jim Cleary (1934) was a wonderfully reliable fullback whose sportsmanship and sense of fair play won him the nickname.

5. ‘Wheels’: Peter Lawrence Anthony Bedford (1968) was the Swans’ best and faires on five occasions, leading goal kicker three times and in 1970 he won the Brownlow Medal.

4. ‘Stretch’: Vic Aanensen was picked up by South Melbourne in the VFL for the 1973 season and went on to play 40 games for the club before returning to Port Melbourne. He played a total of 129 for Port Melbourne in his two stints at the club. He also has the unique honour of being alphabetically the first player named as an AFL/VFL player!

3. ‘Moose’: Described as a tough, bulldosing utility player, Wayne Henwood (1987) played his early football in WA but then moved to Glenelg and represented SA. A strong mark and a driving kick.

2. ‘Tilt’: Rod Carter (1974) played at fullback and kicked just the one goal in his 16 seasons of football. After spending his first six years with Fitzroy, he was picked up by South Melbourne after half a season at Port Melbourne.

1. ‘The Big Ship’: Warwick Armstrong was a slim utility in his football days but later ballooned to immense proportions. Better known as Australia’s Test Cricket captain. Played in a losing grand final side in 1899. 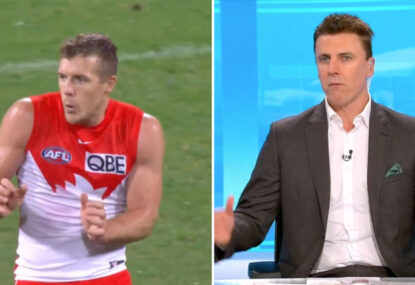 Going back with the flight is as courageous as it gets in footy- and Jye Caldwell paid the price. 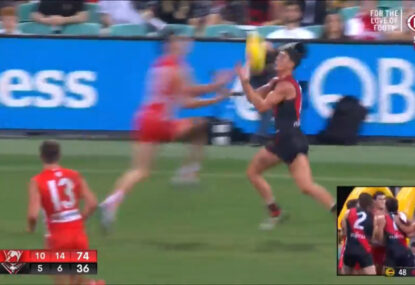 The Swans co-captain was up and about after a brilliant goal at the SCG. 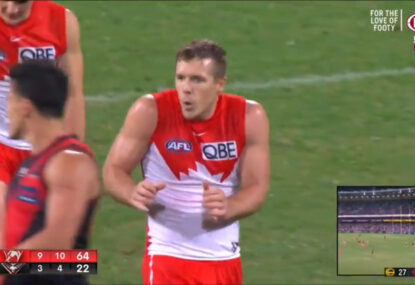 Will the fact that Merrett got up save James Rowbottom from a suspension? 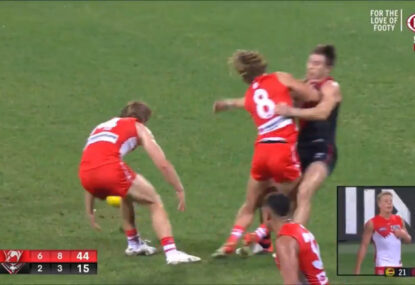