Football Australia (FA) have to re start the application process for the vacant Olyroos job, after former Socceroo and current Genoa CFC assistant coach David Zdrilic turned down the job to stay with the Serie A club.

It is understood Brad Moloney, Tony Vidmar and other prominent names in Australian football were part of the first process, with Zdrilic coming out on top.

Graham Arnold stepped away from the role after the Olyroos were eliminated in the group phase during the Tokyo 2021 Olympics.

After an impressive 2-0 win over Argentina in the first game, Australia lost to Spain and Egypt. The losses sparked severe criticism on Arnold who stepped away from the role shortly after to focus on the Socceroos World Cup qualifying campaign.

Zdrilic, a well known former presenter with SBS, has served an impressive apprenticeship as a coach over the past decade particularly in youth football. He is known for his high tempo and pressing style of football.

He started out with Hakoah Sydney City East and Sydney United in the NSW NPL from 2009 to 2011.

The former Sydney FC championship winnner then took up beach soccer where he represented Australia 11 times. He returned to coaching with the Sky Blues from 2015 to 2017 working with the youth team and assisting in the A-League.

A move to German Bundesliga club RB Leipzig followed from 2017 to 2020, where he worked with the club’s Under 17s and Under 19s as an assistant. The senior team were runners up in the Bundesliga twice and made the UEFA Champions League semi-finals in 2019-20 when Zdrilic was at the club.

A move to Chicago Fire in the USA followed in January 2020. He returned to Europe in mid 2021, linking up with K.V. Oostende. Last month he joined Genoa, becoming the first Australian to work as a coach in Serie A.

It is unknown how the second process will go, with it expected to be invite only again.

Luke Wilshire’s name has been bandied about as a contender but it’s believed he wasn’t part of the first process. Adelaide United assistant Ross Aloisi was also surprisingly not involved.

Wilshire has managed Wollongong Wolves since 2018, winning the NSW NPL title in 2019. He also won the National NPL Playoff Series that year.

Aloisi has extensive experience in the NPL, A-League and also the Socceroos. He worked as an assistant coach for Brisbane Roar from 2015 to 2019, and has worked with Carl Viet from 2020 onwards. He previously worked with Ange Postecoglou during the 2014 World Cup in Brazil.

Alen Stajcic may be another potential candidate, though the former Matildas and Central Coast Mariners coach will likely be offered a deal to extend his stay with the Philippines Women’s team after he guided them to the semi-finals of the Asian Cup and subsequent qualification for the 2023 World Cup in Australia.

Whoever is chosen for the Olyroos will have an important role to play heading to Paris 2024, with Australia facing a tough qualification process in the lead up.

Elon Musk, the world's richest person, has tweeted that he was joking when he said that he was going to buy English Premier League… 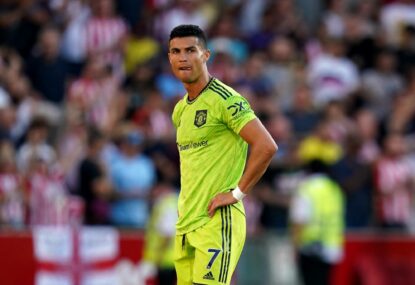 Milwall couldn't believe their luck to escape the Welsh city with a point after being two goals behind after 90 minutes. But back-to-back own… 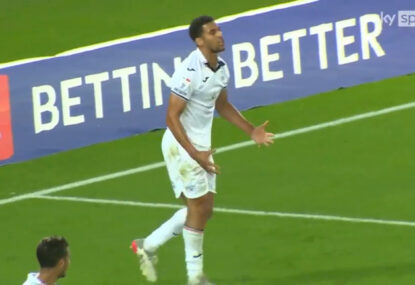 It was a tactical change late in the first half after the team copped a red card against Peterborough United, but George Byers wasn't… 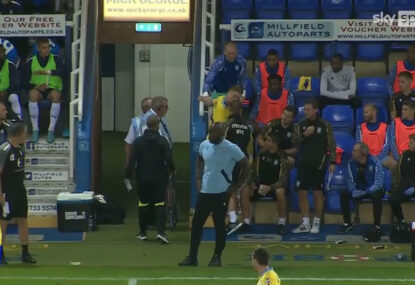 The A-League is living through a credibility crisis. Or maybe a whole era of diminished credibility in the eyes of the football community in…