The Liebke Report Card: 'Life would be pretty dull if all Test matches were exciting, right?'

Australia had announced way back in November last year that they would be returning to Pakistan for this tour. Those of us who had paid even the faintest attention to Cricket Australia’s ongoing tendencies to cancel any tour that doesn’t involve India or England (or, ideally, both) assumed that this one would fall through too.

Much like the famous hire car scene in Seinfeld, Australia knew how to announce a tour. They just didn’t know how to go on the tour.

(And going on the tour is the most important part. Anyone can just schedule them.)

But to the surprise of pretty much everybody, Australia did, indeed, return to Pakistan. Here’s the report card for the first Test between Pakistan and Australia.

Australia, completely spoiled by The Magnificent Touring England Collapso-Eleven, initially seemed unprepared for Pakistan’s stubborn refusal to throw their wickets away at the mildest of prodding.

Australian fans back home seemed even more confused about what was going on. Despite Pakistan having the single best timezone for Australians to watch Test cricket – a 4pm start through to an 11pm finish for those of us sensible enough to be on east coast daylight savings time – there was some confusion about what was going on with all this wicketless batting.

Were Australia allowing Pakistan all these century partnerships as a tribute to Virat Kohli’s hundredth Test being played simultaneously?

Or had some ne’er-do-well convinced Pat Cummins that century partnerships were an integral part of Pakistan society, and the culturally sensitive Australian skipper had fallen into their trap?

Either way, returning to Pakistan suddenly seeming a lot less fun than originally advertised, with Cummins being forced to call on the spare bowling of Travis Head, Steve Smith and Marnus Labuschagne.

While disappointing not to see Dave Warner roll his arm over, Cummins still managed to use eight bowlers on the first day.

Who do you think you are, Pat? Meg Lanning? 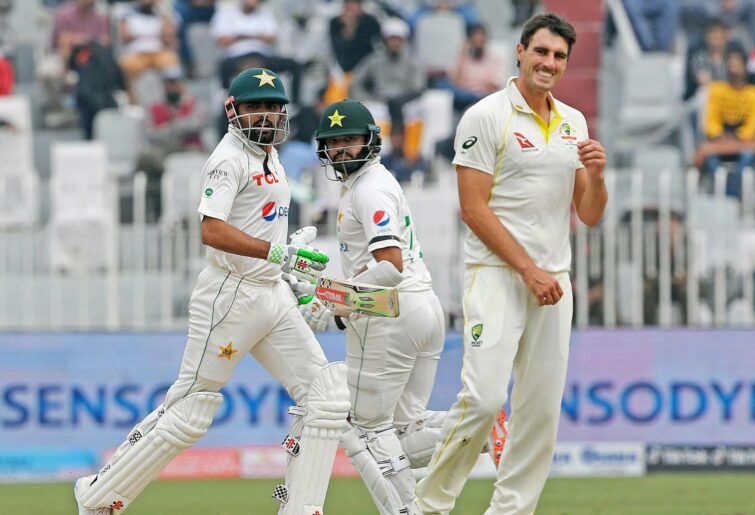 A disappointing first day for the Australians – heck, interim coach Andrew McDonald didn’t even think to kick over a bin and then clean it up – was dwarfed overnight by the tragic news that Shane Warne had died.

Cummins and his team showed up on the second day shocked, but determined to honour Warne by showing good body language and intent.

In the commentary box, they found their own ways to honour Warne’s memory, speculating very early on about a possible declaration that would keep the game moving forward. Touching stuff.

Pakistan finished on 4-476d, bungling the timing of the declaration to give Australia’s only two specialist batters Warner and Khawaja just a tricky little one over session to end the second day.

After triumphantly negotiating that, the pair continued on into the third day, finding the batting almost as easy as their Pakistan counterparts. Warner scored 68 and Khawaja was eventually dismissed just three short of a century.

Steve Smith and Marnus Labuschagne then batted out the day, finishing on 2/271. Who’d be a bowler in Test cricket? True fans recognise and prefer the purity of the balanced contest between bat and ball that only T20s can provide. 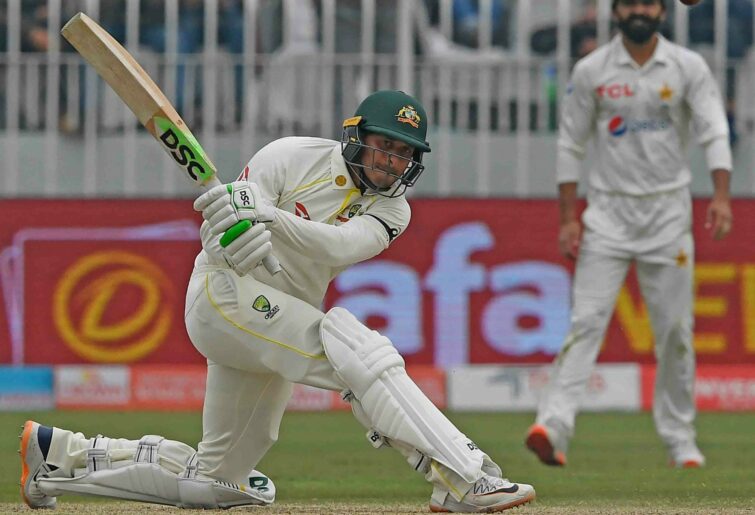 Australia’s Usman Khawaja plays a shot during the third day of the first Test cricket match between Pakistan and Australia at the Pindi Cricket Stadium in Rawalpindi on March 6. — AFP

Would Cummins further honour Warne’s memory by aggressively declaring behind on the first innings in a noble, but surely doomed, attempt to set up the game?

Well, maybe. But, if so, such plans were cruelly delayed (and/or made infinitely more urgent) by a wet outfield that wiped out the first session of the fourth morning.

But rather than declare – or perhaps even more appropriately, accept the inevitability of the draw and shake hands with five sessions still to play – Australia chose to bat on.

After all, Steve Smith and Marnus Labuschagne were still at the crease. You’d be a brave skipper to call a halt to an innings (or match) on those two. Without proper Bat Time, they’d come back to the dressing room all cranky and irritable, throwing tantrums and making a mess.

On the plus side, the early lunch and adjusted schedule for the day meant that it was virtually impossible to know when the tea break would come. This added a thrilling element of suspense to an otherwise tedious bat-a-thon. At any moment fans knew everybody on the field could suddenly all just wander off with no warning whatsoever.

A clever innovation that made for gripping viewing in a Test that sorely needed it.

And so, perhaps inevitably, after Australia’s first innings ended 459 all out early on the final day, Pakistan batted out the rest of the Test. They reached 0-252 before Khawaja was finally given a bowl, which was sufficient to convince everybody it was time to call the Test off.

And, sure, it may not have been the most interesting match for fans to watch. But it’s just one Test. Life would be pretty dull if all Test matches were exciting, right?

One of Andrew Symonds' greatest moments from way back in 2008! 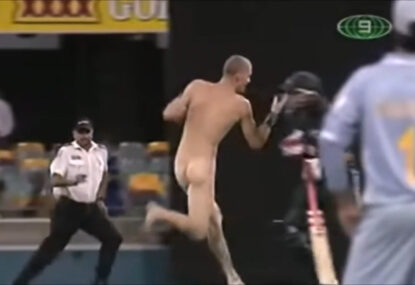 With news breaking of Andrew Symonds' tragic death in a car accident, look back at one of the most memorable moments in recent Australian… 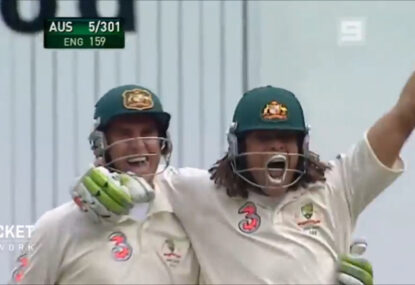