Tigerbill44
Roar Guru
16th May, 2022
52
Join the conversation
Advertisement
Write for The Roar

Just like my previous combined teams, only one slot is available to each Test-playing nation.

The main criterion is very simple: the player had to bat in the 11 position at least once in a Test match to come into consideration.

Of course, there are only a few options available from the new boys, Ireland and the Afghans. In contrast, Australia, England, Pakistan and India provided some excellent options.

Initially, I was a bit worried about my top order, but eventually I got some excellent options there. As expected, for a team formed with 11s, my team has a long tail.

So, now to my team. The first name might surprise a few people.

Victor Trumper (Australia)
For some unknown reason, the first generation Australia selectors were very keen to experiment with the team batting line-up. Syd Gregory batted in 11 different positions, while Jack Blackham, Hugh Trumble and Warwick Armstrong batted in ten each.

In contrast, Trumper had a relatively steady position. After playing initially as a middle-order bat, he moved to the opening slot with great success.

He contributed one not out in the second innings as England headed for a comprehensive seven-wicket victory. 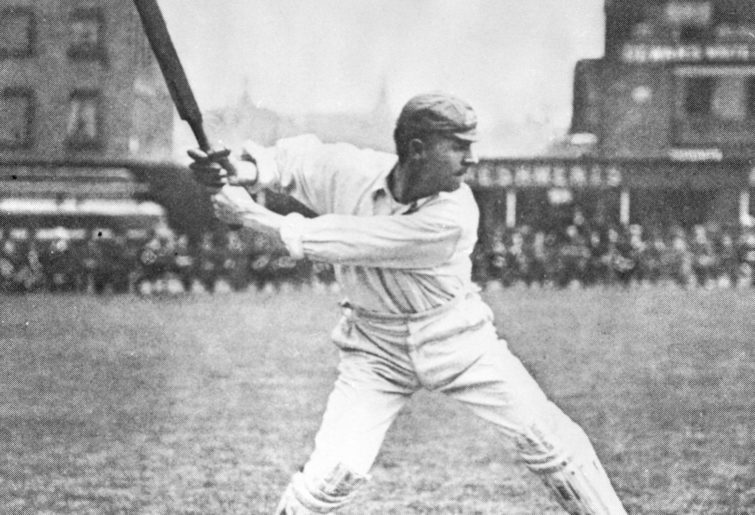 Graeme Smith (SA)
From the golden age to the modern era. In the first innings of the SCG Test of 2009, the SA opener played an uncharacteristic innings of 30 from 31 balls before retiring hurt.

On the final evening, as the home side pushed for a victory, he frustrated the Aussie bowlers for a brief period, before the pace of Mitchell Johnson proved too much for him. He was bowled for three as the Aussies won by 103 runs.

George Headley (West Indies)
At Headingley in 1984, Malcolm Marshall famously batted one handed and even hit a boundary, as Larry Gomes at the other end completed probably his best Test hundred.

Later, Marshall destroyed the England batting with 7-53. But while Marshall would be a worthy inclusion in any cricket team, I found it impossible to ignore the Panama-born Jamaican, who held the West Indies’ batting together for almost two decades.

Again, his only innings at 11 came late in his career, due to an injury. On the final day in Bridgetown, he scored seven not out as the home side declared their second innings at 9-351. The match against England ended in a draw.

Denis Compton (England)
There are plenty of options available from England: Wilfred Rhodes, Godfrey Evans, and Ben Stokes just to name a few. But eventually Compton got my vote.

At the Gabba, in the first Test of the 1954-55 Ashes, Compton batted at 11 in the first innings and at ten in the second, scoring two not out and zero respectively. Australia won by an innings and 154 runs, their only success of the summer of Frank ‘Typhoon’ Tyson.

Saleem Malik (Pakistan)
Like many of his compatriots at the time, there was confusion about the spelling of his name and his birth date. At his best, he was a dashing stroke-maker, who unfortunately ended his career in disgrace.

In Faisalabad, in October 1986, he came out to bat on the opening morning with the home side struggling at 4-37 and it soon became 5-37. 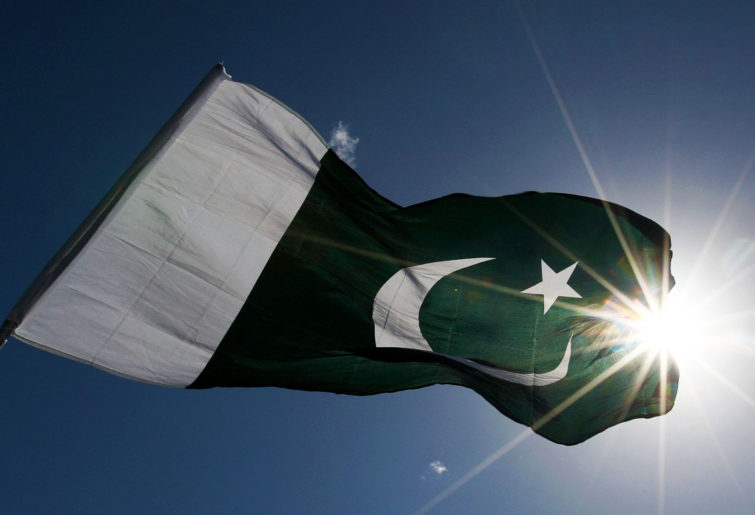 Malik, along with the skipper Imran Khan, started the recovery, but then his fingers were damaged by a rising delivery from young Courtney Walsh. He was forced to retire hurt but came to the crease at a critical stage in the second innings.

Pakistan were 9-296 with a lead of 207 when he joined Wasim Akram at the wicket. He contributed three not out but at the other end, Akram smashed the bowling to take the lead to 239.

Then Imran and Abdul Qadir bowled the Windies out for 53 in the final innings. This was Windies’ first Test loss for almost five years.

Vinoo Mankad (India)
As he batted in all the positions from one to 11, I could have picked him in any batting position here.

In Bridgetown in 1953, he batted at 11 in the first innings, scoring zero not out, but went to back to his usual role as an opener in the second.

But he managed only three as the tourists were bundled out for 129 by the spinners. The home side won by 142 runs.

Heath Streak (Zimbabwe)
This starts my tail-enders. A batting average of 22.35 is not good enough for a seven in the modern game. At Colombo (RPS) in 1996, he scored zero not out and three not out, batting in the 11 position.

His batting seemed to improve with age, and in Harare in November 2003, he scored 127 not out against the Windies, batting at eight – his only Test ton.

Tim Murtagh (Ireland)
Murtagh batted in 11 slot in his first two Tests, but after scoring 54 not out and 27 in Dehradun in March 2019, he has got a promotion to ten.

He has been impressive with the ball as well. His 5-13 on the opening day at Lord’s in 2019 briefly gave hopes of a major upset.

Muttiah Muralitharan (Sri Lanka)
While he had no reputation as a batter, his very long Test career meant that he completed a Test double late in his career. 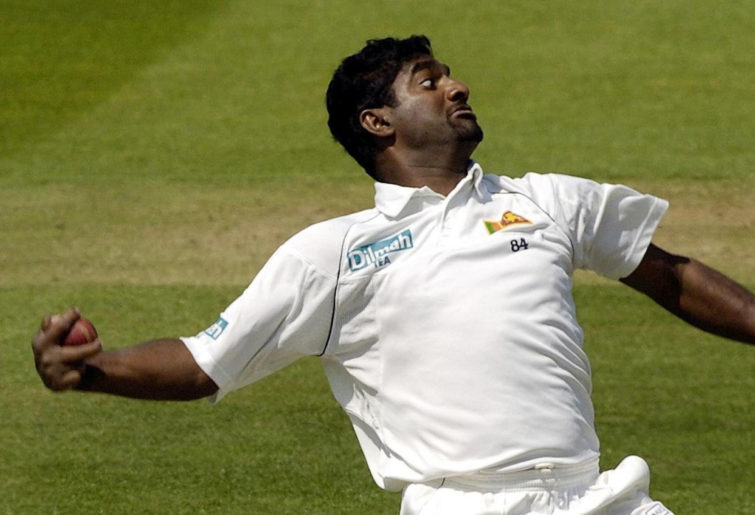 Ken James (NZ) (wicketkeeper)
NZ’s first Test keeper had the reputation of being a useful batsman at first-class level. But in 11 Tests he only managed a batting average of 4.72. His average as an 11 is slightly better – 12, thanks to two not-out innings.

Enamul Haque Jr (Bangladesh)
I wanted a genuine rabbit for this position, and with a batting average of 5.90 over 15 Tests, Enamul certainly falls in this category.

As a slow left-arm spinner, his greatest moment came in Chittagong in January 2005, when his 6-45 against Zimbabwe helped the Tigers record their first ever Test victory.

He followed this with a 12-wicket haul in the drawn Test at Dhaka, but after this, success pretty much died out for him after that. He is still actively involved in domestic cricket as a player.

12th man: Zahir Khan (Afghanistan)
His Test bating record after three Tests and six innings (all in the 11 slot) is very interesting. He is yet to open his account after facing 28 deliveries. He has been dismissed three times.

He has been more impressive as a bowler, and with his left-arm wrist spin, he can become a long-term bowling partner for Rashid Khan.

A few other cases
Ray Lindwall seemed to play as just a bowler after 1956 and mostly batted very low down the order.

Pakistan had three high profile Wasims in the list: Akram, Raja and Bari (wicketkeeper). Wasim Raja could have completed the variety in spin bowling in my team with his leg spin.

Wasim Bari is regarded by many as the finest wicketekeeper to come from Pakistan, but he belonged to the old school of cricket, and seldom cared about his batting. He captained the young Pakistan team during the Kerry Packer era.