They were the Cinderella story of the 2021-22 season, going all the way to the Super Bowl. Are they the real deal or a one-hit wonder?

Strength
The big strength for this team is their explosive passing attack. Last season they ranked third in the league for net yards per attempt, meaning they took chunk yardage regularly.

The Joe Burrow/Ja’Maar Chase combination was absolutely dynamic with Chase averaging a ridiculous 18 yards per catch. With Tee Higgins and Tyler Boyd there as well, this passing attack is going to be seriously fun.

Weakness
The criticism of the Bengals going into last season was their offensive line and it proved to be correct despite their success.

Joe Burrow was sacked a massive 51 times in the regular season, plus a playoff record nine times against Tennessee in the wildcard round.

The Bengals did a great job on paper improving their offensive line during the off-season, but we need to see them produce. 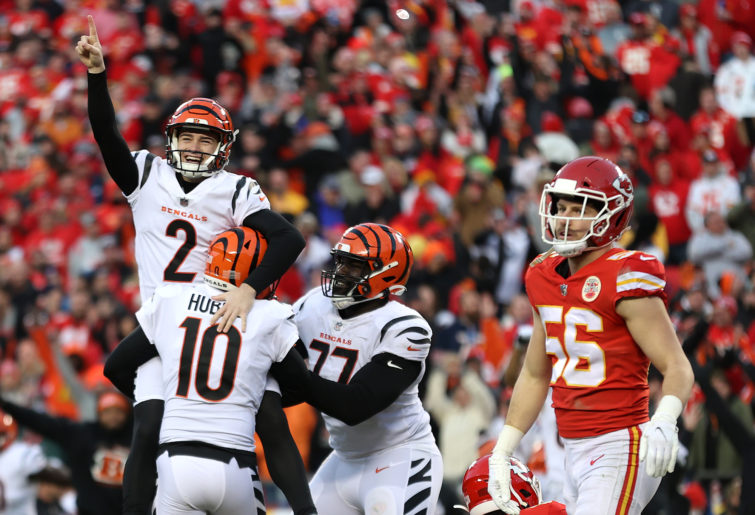 Player to watch
One of my favourite players in the draft, Daxton Hill, was drafted by the Bengals and he is so fun to watch.

He can play every position in the secondary, and most likely will play as a safety but will play some key snaps at cornerback. He is fast and will definitely be a key playmaker for this defence in the back end.

Who’s under pressure?
Jessie Bates has been one of the Bengals’ best players over the last few seasons but has been strong in demanding a long-term extension.

The fact the Bengals haven’t budged and drafted a potential replacement in Dax Hill means Bates has to have a massive season to justify the extension that he is looking for. If his play drops, he could be in new colours come 2023-24.

Projection
I think the Bengals are one of the toughest teams in the NFL to try and get a read on.

Part of me wants to believe they were a one-hit wonder and Cinderella story, but the other part of me looks at their off-season improvement and natural progression and can’t see them struggling.

What I do know for sure is I can’t wait to see more Burrow to Chase!

Who would have thought? After 272 regular season and 12 post-season match-ups we have our two teams vying to win the Super Bowl: the…

Evan McPherson has kicked a 31-yard field goal with 9:22 left in overtime to get the Cincinnati Bengals into the Super Bowl for the…

The Cincinnati Bengals just keep ending NFL post-season droughts, and their latest victory has them in their first AFC championship game in 33 years.…