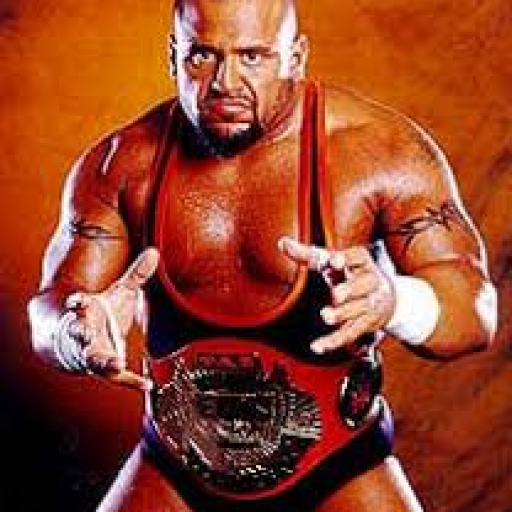 TAZZ hasn't published any posts yet

Bittersweet for Cowboys ahead of final game at home

The biggest proble with the NRL is the bigger the offensive the bigger the non-punishment. Matt Lodge still is the NRL despite committing several crimes in a overseas incident. If he was in the NFL he would of been jailed, but the NRL not only bring him back but increase his pay.

Andrew Johns, known drug user but they pay him to do terrible commentary on channel 9 and they made him an immortal, disgraceful. But the inconsistences on the field are even worse. Smith eye gauges someone he gets a letter, but a Burgees brother deos it and he gets 8 weeks, go figure.

I think a South Pacific round would be more relevant

Excellent, I would like to see that happening as well

oh picky, picky. But i think that the point got across.

noting that this article was written six and a half years ago, who you a thought that Mundine would still be an active boxer at 44, Geale’s career took a huge nose dive after this fight and he had more losses than wins, but he did headline a mainevent at Madison Sqaure Garden and not even Kostya Tszyu did that. Luckily there are plenty of good talent for the new generation of boxers. The moloney twins (Jason and Andrew) are only a matter a punches away from winning a world title, Jeff Horn is the new poster boy for Australian boxing and second gen star Tim Tszyu is coming along nicely. Thanks to Mundine australian boxing will survive and go from strength to strength.

Can boxing get back to the big-time?

This articel proves just what a threat and a complete hold that the Storm has over the game. They loss a couple of games, people question thier ability. No one cares that the Cowboys got flogged again by Newcastle.

Are cracks appearing in the Melbourne Storm?

Off topic question for you Mary, as a woman now that the WNRL is up and doing quite nicely and will go from strength to strength, do you beleive that there is a continued need for the Women in league round anymore??? I believe that it has served its purpose in that women are acknowledged now more than ever for there contributions to the game, we have women referees at the top level (and by all accounts they are doing well) and women commentators (mixed feelings on that one). Besides just another opportunity for the NRL to flog off another unnecessary 170 dollar jersey at the merchandise stand (cause lets face it, its the real reason the NRL does it) do you believe it still has a purpose?? Just wanted to here your thoughts.

Is it just me or all the teams that wore pink on the that i saw on the weekend lost, Storm, Titans, Bunnies (what does that tell you???). Did Warriors and Dragons were pink as well ???

Anyway Storm have only dropped three games this year so I dont believe that there is anything to worry about. Minor preimerships mean bugger all as history has shown (as the author stated) that less then half (about 30%) of teams that win the minor preimership go on to win the big one.

Are cracks appearing in the Melbourne Storm?

Finally someone has figure out to hit the fat guy in his gut. Ha dropped like a sack of $hit. This is why real fighters spend me time in the gym and less time at Burger King. Less burgers next time DC ya fat boy!!! Plus Miocic proved he has got a chin, took all those shots and DC could not drop him.

against a debutant 13 years older then her, one would expect an easy win. but still solid performance

Excellent performance by Tszyu, by both guys actually. But Tszyu is not ready for a world title shot yet, he needs atleast three to four more fights against world class established talent before having a world title shot. Dennis Hogan and Kell Brook would be the two that I would look at. Hogan is ranked 3rd with the WBO at SWW and Tszyu would have to beat him to get raned in the top 3. Plus WBO SWW champ Jaime Munguia is fighting the 12th ranked fighter in Patrick Allotey (40-3) on the 14th of next month, so Tszyu could be next but I think the WBO may force Munguia to face the manadtory challenger next.

Domestically Tszyu is on top but internationally he has a lot of work to do.

cameron munster for sure.

Dally M watch: Who's firming as the favourite?

really disappointed that no one covered the fight

Well Tszyu has notched up another win is his career and moves to 14-0. Rtichie didn’t make it easy for Tszyu though and he really had to work for it. With the win Tszyu makes into the top ten rankiings for the WBO and IBF. But he aint going to get a world title shot anytiime soon. Personally I think that he needs to fight Dennis Hogan who is ranked third with the WBO and is recently coming off a somwhat controversional loss to WBO Super-welterweight champ Jaime Munguia. Tszyu is now ranked 9th with the IBF but is unlikely to get the attention of champ Julian Williams, who is also he IBO and WBA champ and would have many challengers at his heels and Tszyu would not even be on the radar.

Both will not and should not happen

Bears yes, jets no. Perth is ripe for the plucking at the moment with Rugby falling on its bum. So the nrl needs to strike while the iron is some what still hot.

It would seem that the Gold Coast would be the right sacrificing lamb to feed to bring back the Bears but maybe the ultimate revenge would be the bears killing off manly for their return. It would make sense.

Looks like another storm v Roosters gf. Although the Bunnies did beat the Roosters earlier in the year.

Three in a row? Cronk sets sights on fairytale finish

If anyone deserves it he does. But I think Craig Bellamy and the Storm might have something to say about that.

Three in a row? Cronk sets sights on fairytale finish

Maybe they should mate, the world would be a better place. I agree criticism does help but only if its constructive. People these days especially of social media give criticism without justification. Its like me saying your article is $hit. (Which is not by the way, its completely valid) with no reasoning to why i felt the article was not to my particluarly liking. Thats the problem with social media, you can say what you want without consequence. No one is going to reach through the computer and punch you in the face for commenting on social media. No fear of consequence, chaos runs wild. Having said that though. Once again words can only hurt you if you let them so again, HARDEN THE F*UCK UP!!!!!

Should NRL players have social media?

“Why is he in first grade? He cannot play and the coach must be crazy to think he should be playing. I swear if he plays next week, he’s going to cost us the game!” That’s not OK.

I disagree with this being not ok. It’s a not a direct threat to the player and really just an angry fan having a rant, it’s part of the game. It’s social media the best way to deal with it is to not go on it.

If a comment like that upsets you then you shouldn’t be playing NRL as your clearly too much of a wimp to play.

Stick and stones mate, harden the f#ck up! Who cares what some loser who hides behind a computer thinks. The coaches opinion of your performance is the only one that matters

Players should definitely not go on social media there is little to no benefit to it. Want to talk to someone make a phone call, want to announce something to the fans, use a radio station or newspaper.

Should NRL players have social media?