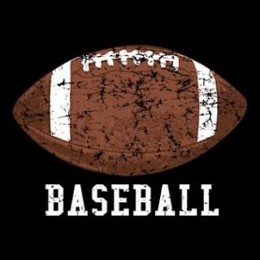 This week’s edition focuses on the warring competitions’ fight to recruit clubs and establish themselves. 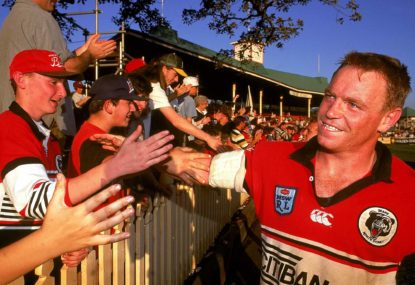 In this final sequence of the look back on the Super League era looking at the events of the period and their consequences, I want to look at what didn’t happen, and how things may have changed. This week, the focus is on the early days of the war. 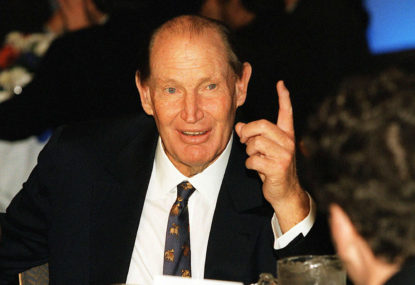 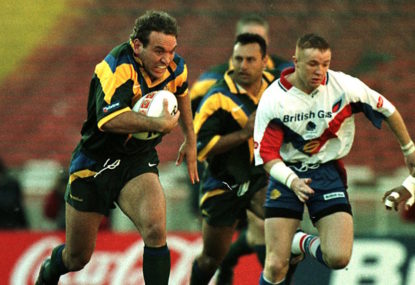 This look back on the Super League conflict, in true 2020 style, went on an unscheduled hiatus but is now going to run its course without any weeks off.

After looking at the clubs that defected to Super League and those that remained loyal to the ARL, this time, I want to review the fates and fortunes of the representative teams as well as Super League’s World Club Championship.

Could Melbourne be squeezed out?

Michael Lamonato penned a recent article about the excessive Formula One schedule. 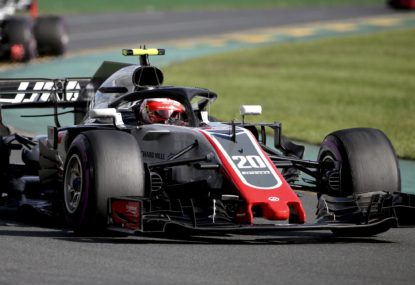 Could Melbourne be squeezed out?

There’s always one in the crowd (Part 1) 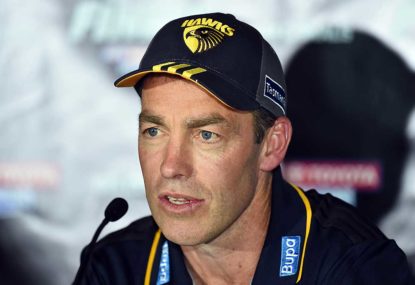 There’s always one in the crowd (Part 1)

Travel and tanking trouble? Bring on the final-round derbies!

On the week before the AFL finals six teams must travel interstate for their clashes. Facing a potential elimination match the following week against an opponent who may have had a much more restful preparation, it is an unfair situation that must be rectified.

Travel and tanking trouble? Bring on the final-round derbies!

Please find the quote where Gould says he has a five year plan to win a premiership.

The Mariners never won an away game aside from in the WCC, and I think their wins in England in the group rounds were dismissed due to the weakness of their opponents. They were a good side with great potential, but making the final (in the fourth country they played in during the tournament) was greatly unexpected.

Best kick receiver at the club, most defensive struggles involve second rowers who are less likely rove into the backfield.

Probably no one will agree with this, but how about CNK to left centre and Croker to fullback?

I know where you’re coming from, but a significant aspect to consider is, unlike football, rugby league lacks a promotion and relegation structure. Sometimes clubs need to drop down to sort out their finances, governance, playing squad, etc. That might have been beneficial to South Sydney at the time, but with that not being an option, fellow clubs would have regarded them as dead weight.

Quality quality players, but only Marquet was a first grade regular prior to 1997.

I guess the big question is whether the sides would have made a deal, or if there would have been two competitions in 1996.

I just look at a competition like the English Premier League with its 20 clubs, most of which are primarily aiming not to get relegated, and I still wouldn’t want to reduce the amount of teams competing. But from the NRL’s perspective, after the insane spending of the previous years, I imagine that natural attrition would take out a few clubs anyway. Incentives could still be provided for relocation or joint ventures.

And I’m going to have to write another article addressing your questions. They’re kind of the elephant in the room.

I agree that geography would be an issue for the Penrith and Magpies proposal, but I mostly suggested it due to both clubs already looking in danger of missing the 14 team cutoff.

Way too many variables regarding alternative joint ventures, but sides like Balmain would’ve really struggled to have gone it alone.

The Dragons would likely have survived, but as you say, the security of the joint venture was too good to resist. Also, the new club retains the heritage of the original Dragons, even though home games are divided up.

When I have time, I’m planning to at least do the first part.

I like to think he’s on some hidden beach around Tweed Heads, running up hills, only stopping to remove sand from his lycra.

I mentioned in one article that the Chargers actually loaned the Knights money in the mid 2000’s. Not sure why they had kept it for so long.

East Coast Tigers had a lot of potential, and bringing in a BRL aspect into the BEL may have generated further support.

Much appreciated Barry. And I enjoyed you coming out with the forgotten players series. Any plans to do it at club level for the prospects that suddenly fell off the radar (ie- Leon Bott: greased lightning for the Broncos and Roosters, then inexplicably struggling for a game in the Shute Shield)?

I think the Warriors were (and are) too important to cull, but they got damn lucky to go broke in 2000 rather than 1999.

I largely agree with you, and I’m contemplating writing a whole article to expand on your thoughts.

Walter, I cannot hold my tongue any !onger. You have been moaning incessantly in the comments section of article after article about these 27 calls in Canberra’s favour. Now, under the lightest degree of scrutiny, ie- one person watching the whole match again, those 27 errors weren’t directly related to that match?! And why do you keep making the defamatory claim that officials were suspended, as opposed to being dropped? You get dropped for poor performance; you get suspended for improper conduct. And it was finals week one, with four matches played. Half the amount of officials were required the following week. Hardly noteworthy that some missed out. Move on.

What about a G.I. recall?

Hopefully not a lockdown breach…

By the time that happens, will they go with a new set of qualifiers?

At least you don’t have to deal with the pub game timeslot.

Not into a good stadium anyway. And it was only completed after Norths finished their season, unfortunately.

Was the bowling club overlooking the field pre-renovation?

Townsen Oval in Newcastle was the concrete field I dreaded most for away games. If only cricket pitches would heal in the winter months.

It’s in the second part of this series (I’ll post the link below). They were sponsored by BBX in 1999, who rather than paying cash provided x hundred thousand dollars worth of business services with their partner companies. I imagine that could range from temp office staff to company vehicles to post-it notes. Unfortunately, the Bears needed actual cash for operations and for the sponsorship aspect of the 14 team criteria.

Regarding the Central Coast, one stumbling block I didn’t mention in the article was that Grahame Park was yet to be converted into the 20,000 seater it is today. Mind you, the stadiums of the Knights, Magpies, Bulldogs, etc, weren’t much chop at the time either.

It’s hard to imagine now how toxic a brand the Rabbitohs were in the early 90’s. Their board had no real negotiating power, and probably would have jumped ship had they been thrown some scraps.

I would assume for Super league, Melbourne would be formed instead of Adelaide. Even if there was a slightly bigger footprint there, South Australia offered less opportunity to grow.

Honestly, the 1997 coverage was underwhelming for both competitions. It just didn’t feel right.