Outstanding stallion Zabeel has been put out to pasture after one of the most successful careers in Australasian breeding history.

Sir Patrick Hogan of Cambridge Stud announced on Monday that the sire of 43 Group One winners was being retired after getting none of his 30 mares in foal during the current breeding season.

“He is enormously fit both physically and mentally, and you wouldn’t pick anything was wrong with him,” Hogan said.

His progeny include the champions Octagonal and Might And Power, along with Melbourne Cup winner Jezabeel and two outstanding sires, Savabeel and Reset.

The progeny of his daughters have also proved top-class, including arguably the two best horses in Australasia this season, Atlantic Jewel and It’s A Dundeel.

“I could never have imagined what Sir Tristram was able to achieve, and pretty well immediately afterwards came Zabeel came to take over the mantle. It’s been an amazing 33 year run,” Hogan said.

Two meetings to look at on Thursday, with my attention at Albion Park and Penrith. Down below are your best bets for the respective programs.

Two meetings to look at on Wednesday, with Tabcorp Park Melton and Shepparton getting my focus.

There are two meetings to look at on Tuesday, with my attention being on Menangle and Albion Park.

There are two meetings to look at on Saturday night, with my focus being on Menangle and Albion Park.

We stay in our lounge rooms this week as racing heads west to Rosehill.

The racehorses in Zed Run can’t munch on an apple or leave a steaming mound of manure for a stable hand to sweep up. 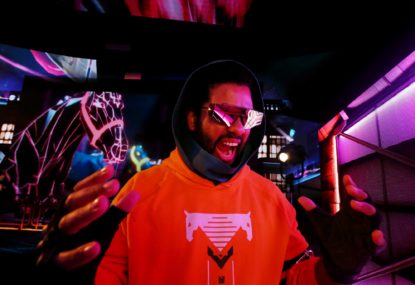