This is The Roar’s comprehensive guide to watching the 2020 Melbourne Cup, whether via TV or a live stream online.

There’s a reason the Cup is called ‘the race that stops the nation’, captivating an entire country on the first Tuesday of November – in 2020, the race falls on November 3.

Last year’s race was won by Vow And Declare, one of just two Australian horses in the field.

As the event closes in, the fancy hats are dusted off for the day and everyone suddenly becomes a racing expert for about six hours.

But not everyone can make it down to the famous Flemington Racecourse in Melbourne to capture the biggest day on the racing calendar in person – especially not this year.

So how can you see the big race from home?

Under a new TV deal for the Melbourne Cup carnival, Channel Ten will be the host broadcaster of the race that stops a nation.

The deal means the network takes over from Channel Seven, with it to last for five years – meaning Ten have the rights to the Melbourne Cup through to 2024.

Channel Ten’s coverage on Melbourne Cup day will commence at around 10am (AEDT), as coverage on Channel Seven formerly did.

You’ll also be able to watch the race on the Channel Seven-owned Racing.com, which is available on free-to-air TV and on online platforms.

Sky Racing on Foxtel will also have coverage of Melbourne Cup day at Flemington, however, they’re barred from showing the actual race live, with it instead shown on delay by a handful of minutes, allowing free to air exclusive live broadcast rights.

If you’d prefer to live stream the race online, then there will be a number of ways to do so as we head into the 2020 edition.

The best way to do this will be through host broadcaster Channel Ten, whose streaming platform, TenPlay, is free to use and sign up for.

You’ll also be able to live stream the race through racing.com, while some betting sites may also cover the race for those with a valid account and funds deposited. We suggest you check each individual companies website before signing up based on this information though.

The racing.com coverage is also available through Kayo Sports.

Last year, Twitter also carried a live stream of the race, however, there has been no announcement surrounding whether that deal will carry over under the new TV deal for 2020.

Live streaming of the race through Foxtel on delay will be unavailable, as Sky Racing is not accessible on any of their live streaming platforms.

There are a plethora of options come race day in the land of radio.

All of the following channels will have, at the very least, live calls of the Melbourne Cup main race at 3pm (AEDT).

Some will cover race results as they come in and others will do the whole day. 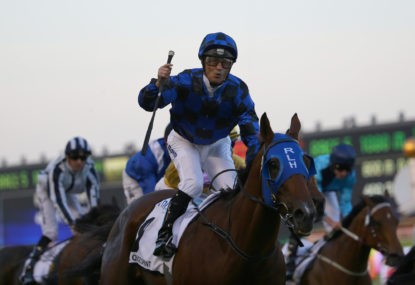