Is projecting signals onto your back as you cycle a fresh safety idea?

Now for something a little different: let’s talk cycling safety, and a new concept device that uses laser projections to illuminate symbols on cyclists’ backs at night time.

It’s being hailed as a potential great leap forward for cyclist safety and respect between cyclists and drivers.

Cyclist safety is a real and difficult problem. There were 45 cyclists killed on Australian roads in 2014, and 9 up to May in 2015 (Source: Dept of Infrastructure and Regional Development).

Cyclee is just a concept for now, but the idea is that it can interpret a rider’s actions and project a relevant symbol on to the rider’s back.

This might include indicating turns or braking, but it’s also customisable using a mobile app, so the cyclist can load any message they want.

It attaches to your bike’s seatpost and sticks out and up like a robotic dog’s tail.

So far, this all sounds reasonable enough. Anything that helps drivers avoid cyclists is good, right?

for all the flashing lights, Kickstarter campaigns and industrial design projects, the bulk of the problem of cyclist safety (and pedestrian safety) needs to be solved by drivers.

Read my full thoughts over on our network tech site, Techly. 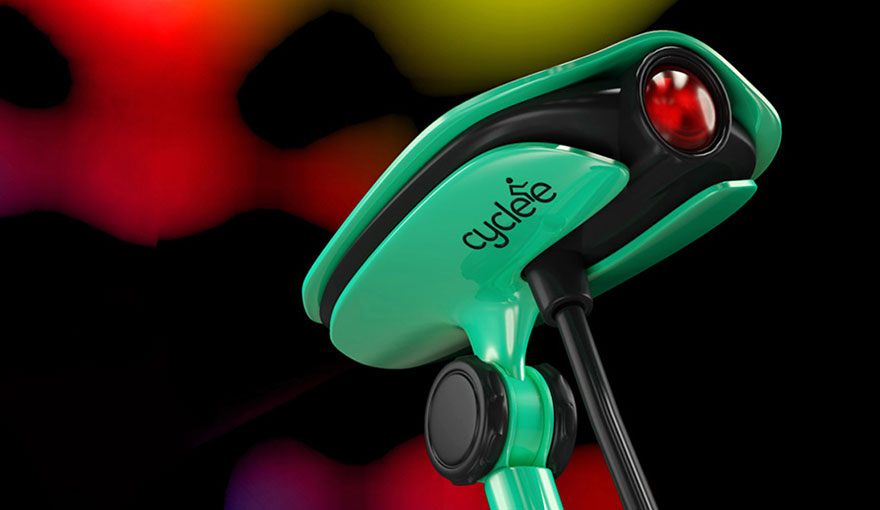