Mitchell Peace is returning to the State of Origin arena, sparking further division and debate about his impact and success.

Selecting Pearce to play for NSW in State of Origin is akin to selecting Mitchell Marsh as the Australian all-rounder. He’s ahead of his peers in the role by the country mile and the obvious choice, but it just doesn’t work out.

Close to passing the appearances of Geoff Toovey, Peter Sterling and Ricky Stuart (all who have been part of a winning series) Mitchell Pearce has a record of zero series wins.

Is it because of the greatness of Queensland? The style of play from NSW over the years? Or, in part, because of Mitchell Pearce himself?

Though somewhat critical of the timing of his own debut (career and age-wise) he contributed well with sound defence and a nice kick that led to a try. So what happened?

The history is against him and the Blues. Try as he or his teammates might, they cannot ignore or pass over the obvious stigma that his record brings. In an environment where negatives must be eradicated from the mind, this is a huge millstone that hangs around the team’s neck.

The elephant will not only be in the room but hanging over the entire game like ‘spider cam’.

The history is against him and in favour of Queensland. Don’t doubt for one moment that most of the Queensland team will have plenty to say about his record on the field. 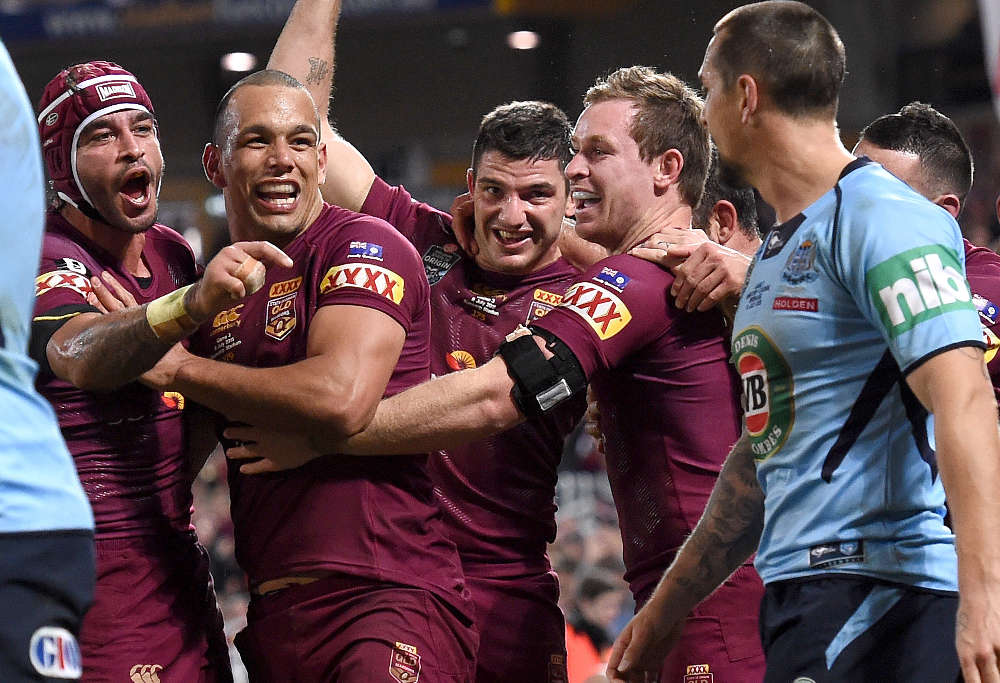 Mitchell Pearce was once asked about another player and his assessment was that this person basically ‘wasn’t the type that you threw the ball to if you were in trouble’. The challenge that faces Mitchell Pearce in Origin is that he thinks he is.

This works in club football, where he is a very good general and can be the impact player. At club level. It doesn’t work well in Origin because he is facing much higher quality opposition and as fantastic as he is at club level, he just isn’t that good at Origin level.

Having watched Pearce in club games and Origin over many years, he has the irresistible desire to take the hero option and deliver the winning blow when in the opposition 20. The dummy, the step, the angle run all come into play, delivering gold in a club game and nought in Origin. And the Maroons know it.

Given his intense desire to rid himself of this unwanted monkey off his back, it is potentially doubtful that he will rely on anyone else and disastrous if he doesn’t. Can he contain himself and remember that he is surrounded by stars and open the game for them, not try and win the series by himself?

The growth in fantasy gaming and online gambling in recent years, while not necessarily a good thing, has correlated with advances in statistical analysis and modelling in rugby league. The same thing happened in American sport years ago. Like American sporting franchises, NRL teams have their own data analysts and, one assumes, their own proprietary […]