State of Origin 3: Series win is all in the head for the Blues

It’s all mental for NSW in State of Origin 3. If they play smart and remain disciplined for 80 minutes, they will win.

If they lose the plot like they did in the second half of Game 2, they will be inviting Queensland to take the series, and – as we all know – the Maroons usually accept such invitations.

There have been no truer words said during this series than NSW’s best football is better than Queensland’s best.

But the history of these clashes says that if the Blues want to beat the Maroons, they have to remain switched on and adhere to the plan for the duration of the match.

Not 75 minutes, not 76, not even 79. Nothing less than 80, because of Queensland’s famed ability to hang in there if things aren’t going their way and take advantage of any slip-up to win the game.

NSW were dominant in Game 1 at Suncorp Stadium, when they won 28-4. They should have won Game 2 at ANZ Stadium, instead of losing 18-16.

The Maroons pounced like they normally do when given the opportunity, but they would never have found themselves in a position to win had the Blues not come up with the series of stupid penalties they conceded and poor options they took after leading 16-6 at halftime.

Queensland were given some easy routes into great field position when NSW should really have been turning the screws on them.

Why it happened is hard to comprehend. It has been described by some as a choke, but it didn’t really seem that way. It just looked plain dumb, like the heads of some of the NSW players went off and were replaced by pumpkins.

But, whatever the reason, it can’t be allowed to happen again, because it will result in the same outcome.

The leadership for the Blues has got to be stronger, and more obvious, than it was in Sydney, and four men must be responsible for making that happen.

The coach, Laurie Daley, the captain, Boyd Cordner, and the halves, James Maloney and Mitchell Pearce.

Why didn’t the Blues come out for the second half ready to eat the Maroons alive? They had them on the rack, with a ten-point lead, but instead they let them back into the game.

Yes, Queensland did well to score the tries that eventually got them the win, but most of what NSW did wrong in the second half was easily avoidable. 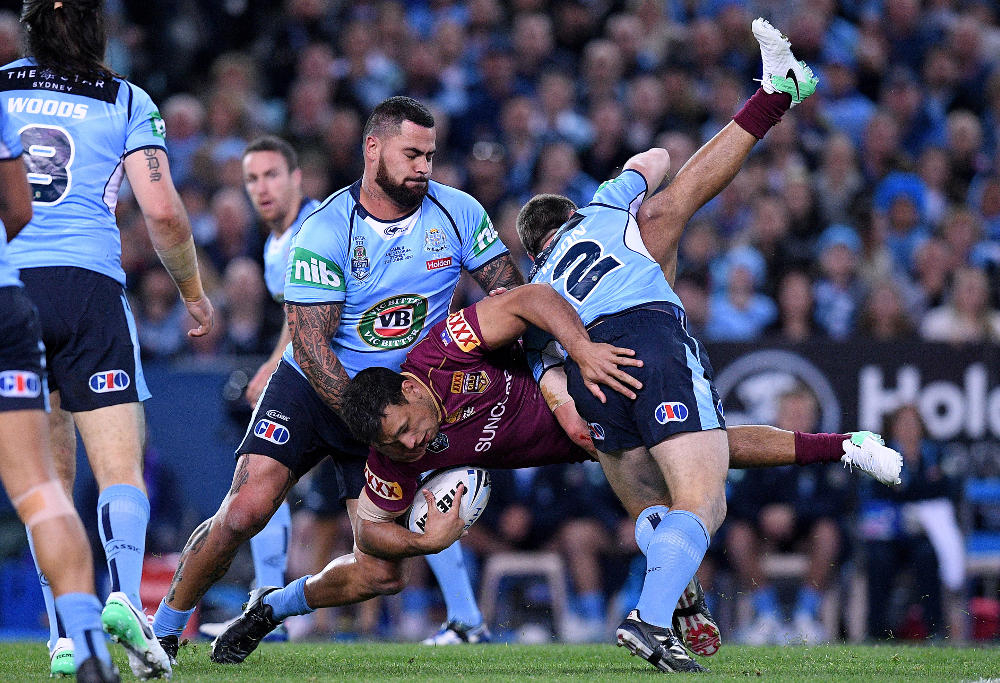 Instead of being able to get down the field often enough to eventually turn the match around, the Maroons should have been playing out from deep in their own area a lot more often.

And that would have been advantage NSW.

On the field, Cordner and the halves, with their responsibility to lead the team around the park, have got to do a better job of keeping everyone in the team focused and heading in the right direction.

Queensland have deservedly dominated the recent history of Origin, winning ten of the last 11 series with their magnificent team for the ages, but circumstances change and NSW have the superior team this year.

It’s up to them to prove it. They’ve blown one chance – this series should already be decided – but fortunately for them they get one more. If they don’t take it, they’re going to be shell-shocked.

This is not like 2014, when the Blues got their only series win during that 11-year stretch.

Then, Jarryd Hayne’s brilliant form stood out for them in narrow wins in Games 1 and 2. Across the board, this NSW team is better equipped.

Their forwards dominated the Maroons in Game 1 and they should win that battle again. Even allowing for the changes Queensland made to their forwards after that opening clash, the NSW forwards are still better.

Going back to Brisbane shouldn’t stop NSW. The surface at Suncorp is faster and drier than at ANZ, and Game 1 showed it suits the way they want to play.

But they have to get things right in their heads first. If they are even just a bit off it will be a lost cause, because Queensland will play like their lives depend on the result. They always do.