Flemington and Randwick previews and tips

Spring racing is heating up, and this Saturday we get one of the few days where there is Group 1 racing in dual states.

Both races – the Makybe Diva Stakes at Flemington and George Main Stakes at Randwick – are WFA races over 1600 metres, and Australia’s two best horses will start odds on in each race.

The Makybe Diva Stakes is the main feature on the day, with over half the field coming from the Memsie Stakes, which is the obvious lead-up race given the natural step up in distance from 1400 metres to a mile.

Hartnell is the favourite, but connections opted to bypass the Memsie after his first-up Lawrence Stakes win and is now a month between runs. He’s only done that once before in Australia, when running sixth in the 2015 Turnbull Stakes, coming from last to be beaten by less than a length and a half.

Hartnell is an outstanding horse, but his 1600 metre record in this country does contain a few misses. He’s had only a win and a second from five goes, but Flemington is a nice track for him and the memories of his Turnbull Stakes domination last year still linger.

Black Heart Bart ran second in the Memsie after being third behind Hartnell in the Lawrence and is peaking now. The question is whether he’s lost a length or is just facing tougher opposition than he did in 2016, when he was beautifully placed to win a number of Group 1s.

Of the others from the Memsie, Hey Doc and Le Romain were on the disappointing side in fourth and fifth respectively, albeit perhaps harshly judged. They get a chance to show their wares back at Flemington, where each has recorded their career best Group 1 winning performance.

Humidor has put together a couple of nice performances from the tail in the Lawrence and Memsie and must be ready to finish closer than five lengths away. Flemington will help him. Jon Snow ran better than expected – only three lengths behind Vega Magic after racing on the speed behind him in the Memsie. Further is better for him, but you couldn’t concede him a winning chance.

Gailo Chop won the 2015 Mackinnon Stakes in his only run at Flemington but has had only four runs since. Winning the Penny Edition in Adelaide isn’t the standard lead up for a Makybe Diva Stakes, but confidence is a funny thing in horses, and he might be the bolter.

Tavago was my top selection in the Dato last week but was scratched. He tackles a much harder race first-up here, and his soundness is always going to be a question.

Inference is unbeaten second-up. Two of them were in lowly grades, but one was the Randwick Guineas over a mile and off a similar run first-up to what he put in at Warwick Stakes behind Winx when she missed the start. He’s certainly one to keep an eye on.

There’s not an abundance of out-and-out speed in the race, but Jon Snow probably takes them along, with Hartnell parked behind him and Hey Doc pushing across from wide to slot in the one-one. Gailo Chop from barrier one will probably go forward too, and Le Romain might be thereabouts. 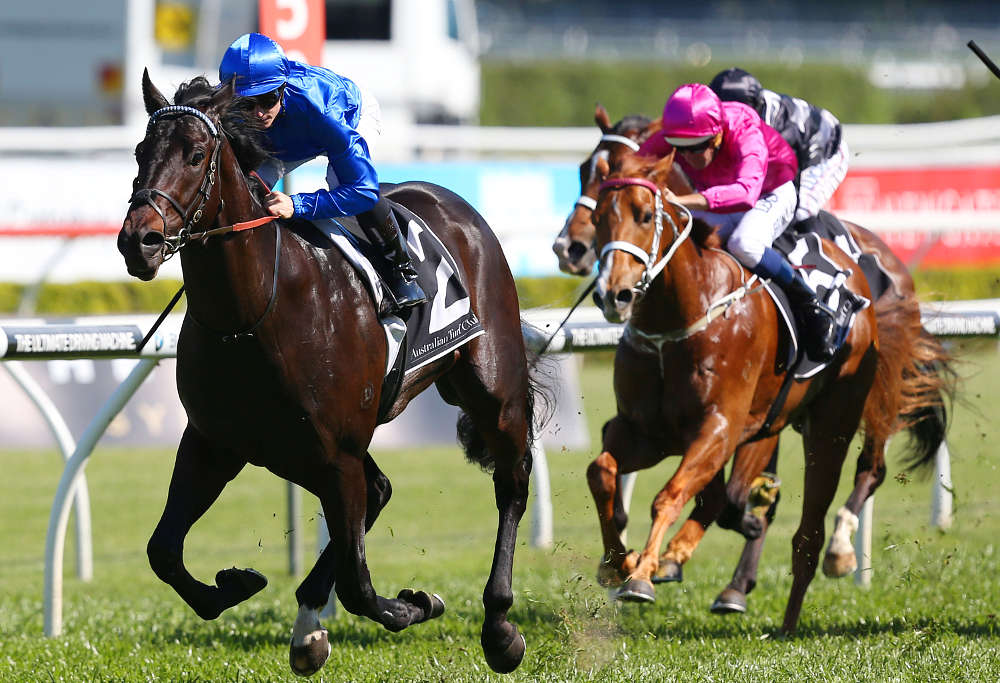 The supporting races at Flemington have plenty of quality running through them too, with three solid Group 2s – the Bobbie Lewis for the sprinters, the Danehill Stakes for the three-year-olds and Let’s Elope Stakes for the mares.

The Bobbie Lewis has Redkirk Warrior on the Everest trail, and his supporters will be looking for a repeat of his first-up win up the straight last prep, when he took out the Newmarket. The confidence about his talent from the Hayes camp is hard to resist.

Voodoo Lad is a very good sprinter coming off a stylish win first-up. So Si Bon looks the perfect Rupert Clarke Stakes horse and is capable of winning here too. Scales of Justice is a Group 1 horse from Perth looking to make a name in the eastern states.

Catchy was a boom two-year-old filly but felt the penalties in her return in the Quezette. She’s most advantaged by this weight scale. Jukebox is undefeated for Ciaron Maher and looks the ultimate professional but has to transfer his Caulfield form to the Flemington straight now.

Esperance is a talented Godolphin colt that looks the goods but faces his acid test now. Booker always runs well and looks to have come on. Overshare looks over the odds given he has that Menari form from two starts back and a subsequent win as well. Azazel is underrated too and was pleasing behind Overshare at Moonee Valley.

The George Main Stakes sees Winx shooting for 20 wins in a row, and the question is not whether she’s below her best (she’s flying), but whether there any tactics that can unseat her.

All eyes will be on Red Excitement to see if Josh Parr tries to extend him to a big lead as he did in the Chelmsford when almost pinching the race from the great mare. Ecuador usually takes up the running in his races, so will also be going forward, and we know he usually hangs on okay.

Foxplay was excellent behind Winx first-up in the Warwick Stakes and is now a month between runs up to 1600 metres but has had a trial in between to keep her up to the mark. She’ll be ready to win once she steps away from her star stablemate.

Chris Waller also has Mackintosh, who has been disappointing since heading to Perth last summer, and McCreery, who isn’t really a weight-for-age horse.

Happy Clapper is the nominal second-elect and has been a marvel the longer his career has gone on. He’ll run well again after resuming with a win in the Tramway. Heavens Above was okay behind Happy Clapper in that race but is a much better second-up horse. She’s a place chance if looking for something to have a bet on. 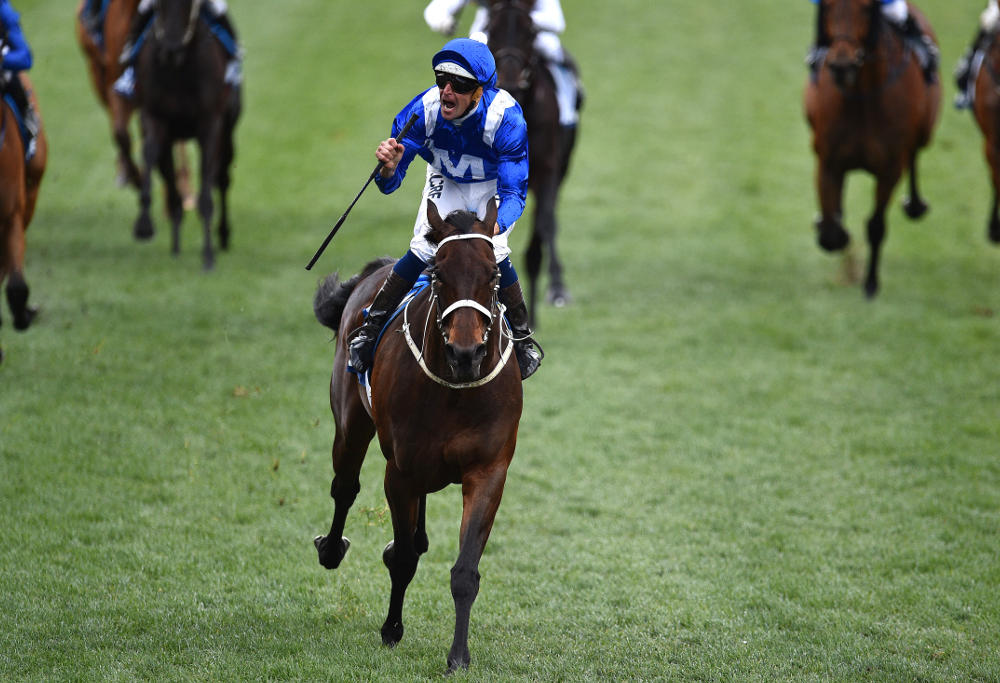 Despite not being a Group 1, it’s easy to make the case that The Shorts is the race of the day.

Redzel is arguably the hottest sprinter in the country at the moment, with six wins and two seconds from his last nine starts, including a victory at Group 1 level. He was confirmed as an Everest slot runner this week and carries favouritism into this race after his first-up win in the Concorde.

Redzel’s main dangers are all first-up.

Chautauqua is a superstar but hasn’t won first-up in his last two campaigns and, frankly, has been a bit on the ordinary side in those runs. Still, his talent is unquestioned, and he will have relished a nice long break through most of autumn and winter.

English is a devastating fresh horse, with her only first-up miss coming in this race last year. She can be a bit of a flake, though, and hard to trust, but she has as good a finish as any horse in the country outside of Chautauqua and Winx.

Takedown has disappointed since running in Hong Kong in December, similar to Chautauqua before him. He did only strike unfavourable wet tracks in the autumn but can only be taken on trust at this point.

Fell Swoop is always there in these type of races. He has five Group 1 placings to his name without ever winning one and also has a further five Group 1s in which he’s finished between fourth and sixth. His best might be a year behind him.

Ball of Muscle doesn’t have the quality of the others in this field, but he’s tough and honest. His main feature is that he leads or dies trying, which means Hugh Bowman on Redzel has a decision to make given that Redzel has never won a race that he hasn’t led all the way.

The Shorts shapes as an intriguing race, especially in light of the upcoming Everest, as each runner in this has something working against it.