Well it’s been a while Roar fans but I’m back and I’m ready to roll into Derby Day with my early quaddie and late quaddie previews, hopefully we can start the Flemington carnival with a bang, lets get stuck into it!

First leg – Group 2 Mumm Wakeful Stakes 2000m
We kick things off here with the Wakeful Stakes for the girls with some of these looking towards the Oaks on Thursday the 8th of December including the favourite Verry Elleegant.

I’m keen on just the one runner here being number 2 Verry Elleegant who looks one of the better bets on the program. Luckless at its Australian debut in the Edward Manifold Stakes here two starts ago and ran into subsequent Thousand Guineas winner in Amphitrite who looks smart herself, Verry Elleegant then went to Caulfield and won nicely over the 2000 meters, she’s the stand out pick for me.

Second leg – Group 2 The TAB Stakes 1200m
Here we have a handy field of sprinters for the Group 2 TAB stakes over 1200 meters with horse 1 Osborne Bulls bringing in some Everest form after finishing third in that race last start.

Osborne Bulls was great first up at Caulfield winning the Regal Roller Stakes and defeating a pretty smart horse in Land of Plenty who we see a little later in the program. He then went on to run 5th at Caulfield in the Sir Rupert Clarke Stakes not beaten all that far.

4 Missrock was good first up finishing third behind Ball of Muscle in the Schillaci Stakes, has been group one placed before and was second in this race last year behind Rich Charm.

7 Bons Away has been close in all three runs this prep finishing top four in all three starts this preparation and hasn’t been beaten far in those runs.

8 Winter Bride the Queensland visitor hasn’t put a foot wrong in two starts this preparation with two wins at Caulfield against some smart horses, really attacked the line last start and knows how to win.

10 Runson was terrific at Moonee Valley last start smashing the track record, he has been pretty consistent in three runs this preparation with two wins and a close up fifth behind some handy horses.

11 So Si Bon was sound first up at Caulfield when running fifth his run after that was excellent finishing third behind Brave Song where he copped some nasty interference when looming into the race, has twice been group one placed and can figure in the finish here if everything goes right.

Third leg – Group 3 Lexus Stakes 2500m
Here we have some handy stayers looking for a final ticket into Tuesday’s Melbourne Cup, so expect a competitive race!

2 Prince of Arran was very good first up in Australia when he kept chasing hard behind dominant winner and Melbourne Cup favourite Yucatan. 3 Patrick Erin finished too well to win the Group 1 Metropolitan last start in Sydney, tough stayer from the Waller yard who will make it a true test.

4 Sixties Groove was fresh in the Gold Nugget at Bendigo and finished third on that occasion and then went to the Moe Cup where he was too good with the big weight. 6 Brimham Rocks has been very good his past five starts with five placings including a placing in the Group 1 Metropolitan behind his stable mate, he then ran second to Yucatan.

10 Jaameh just missed last start finishing second to Cox Plate fourth place getter in Avilius at Flemington, won well prior to that and has pretty good form here, stays very well. 12 Yogi closed strongly behind Avilius here two starts ago, he then got a mile back in the Geelong Cup in an on pace dominated race.

1 Written By yet to be beaten by a male and is 5 for 5 on dry tracks, just keeps leading, winning and running time! 2 Zousain last start spilt The Autumn Sun who’s an exciting talent and Graff who was huge in the Everest, comes off a freshen up here and back to 1200 meters, can win.

3 Encryption won here two starts ago after a Craig Williams special, last start he was very good behind Written By in the Blue Sapphire Stakes. 5 Long Leaf ran well last start at Caulfield behind Native Soldier, dry track here is a plus and could run over the top of them if the tempo suits.

8 Diplomatico has won his last two starts smashing them in maiden grade two starts back and last start found the best ground and put them away nicely enough, didn’t smash the clock but it was a good gap to third.

10 Sunlight was luckless in last weeks Group One won by Brave Smash, that race just didn’t suit her at all so it’s a forgive run there, won seven out of eight on dry tracks and beat Written By home when the clashed in the Golden Slipper. 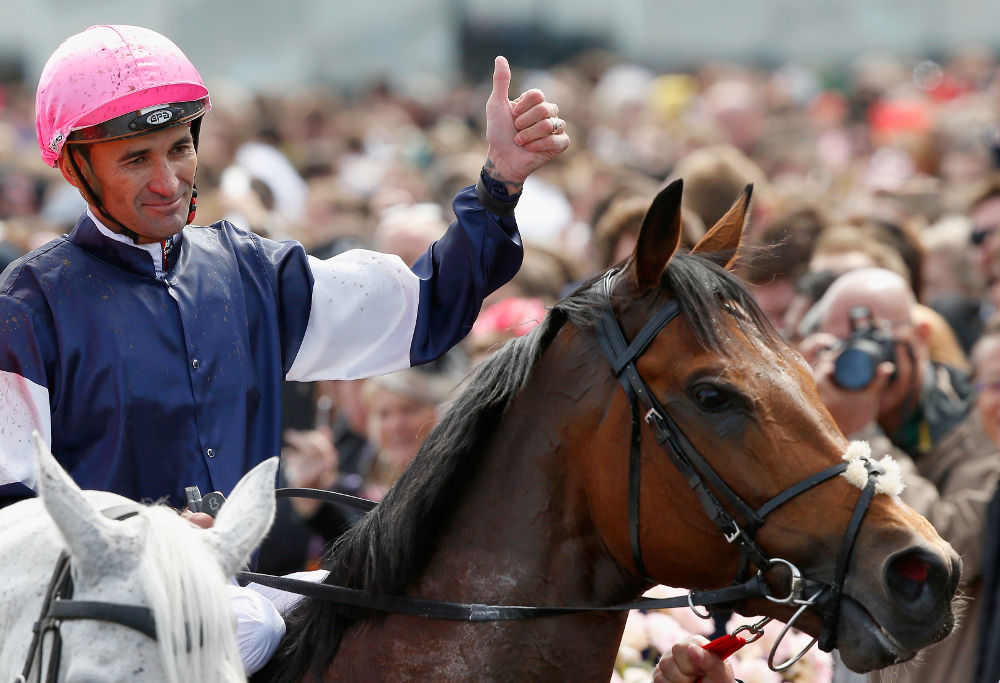 First Leg – Group 1 Empire Rose Stakes 1600m
We kick things off here in the late quaddie with a Group One race over the mile for the girls. 1 I Am a Star won here three starts ago then led and won comfortably at her next two starts, won this race as a three year old filly. 2 Invincibella won here two starts ago quite comfortably, last start she finished second on a day where it was favoured to sit on the pace. 3 Shillelagh best closing splits in track record Epsom then ran on hard behind Land of Plenty in her most recent run, back to own sex here.

4 Eckstien won well here two starts back in good time for the day, unsuited back to 1200 meters last start but ran on nicely and ran super in this race last year. 5 Aloisia made good ground fresh then ran home nicely second up, ran the quickest last 400 meters of the day against the pattern!

9 Shumookh back to 1400 meters last start led and kicked strongly on a day where it was favoured to be on the pace, wasn’t as strong at 1600 meters prior to that. 13 Oohood broke maiden status with a big finish in the Group One Flight Stakes form has held up terrifically, good third to the Autumn Sun last start.

15 Amphitrite has been in terrific form this preparation winning every start including two wins at 1600 meters and the Group One Caulfield Guineas, can measure up here. 16 Fundamentalist has Flight form behind Oohood not beaten all that far on that occasion, has ran second at her last two runs including a second in the Group One Thousand Guineas.

Second leg – Group 1 AAMI Victoria Derby 2500m
We come to our feature of the day for the three year old stayers, should be a ripping race! 1 Thinkin’ Big was wide and did some work in the Spring Champion Stakes but ran well and finished third there, led last start and won comfortably.

2 Aramayo been good since he has stepped up to the 2000 metres, heavily backed two back but just nutted by a good filly there and ran on against the bias last week and was very good. 3 Extra Brut won well here two starts ago, I think back to this track and out to this trip he can run an improved race.

4 Stars of Carrum hit the line hard in Adelaide two starts ago then saved ground and got a gun ride to win last start, can run a big race here. 6 Mickey Blue Eyes just got a mile back last start on a day where you needed to be on the pace but ran on well, can run well again.

7 Savoie has been pretty consistent this preparation and was very good last week off a three week freshen up, he went for home a long way out last week with the pattern and just got nutted on the line.

11 Sikorsky can run well here, was good here two back finishing second on that occasion, stuck to his task well last start but no match for the quinella, can figure in the finish.

2 Le Romain chased hard when sharply back to 1200 meters in the Everest, chased Winx prior to that and won this race well in 2016. 4 Land of Plenty was huge in the Rupert Clarke Stakes coming off a wide run then was a great ride to win the Toorak last start and not far off the track record!

11 Cliffs Edge chased a fast pace at Caulfield and was best of the on pacers in that Group 1 race, controlled the race well last start with a great ride and won comfortably. 12 Fastnet Tempest ran on gamely at Caulfield third up where he finished second on that occasion, last start he looked to have the Sale Cup won till the winner arrived with a big run.

16 Peaceful State powered through the line fresh then very wide second up, ran on well against the pattern last start, steps up to 1600 meters here which is a big tick.

17 Best of Days had every chance last time and good when he dead heated with Mask of Time, loomed to beat spruik horse prior to that. 18 Iconoclasm had the run of the race but dominant win to 1400 meters, strong win in good time with 59 kilos last start. 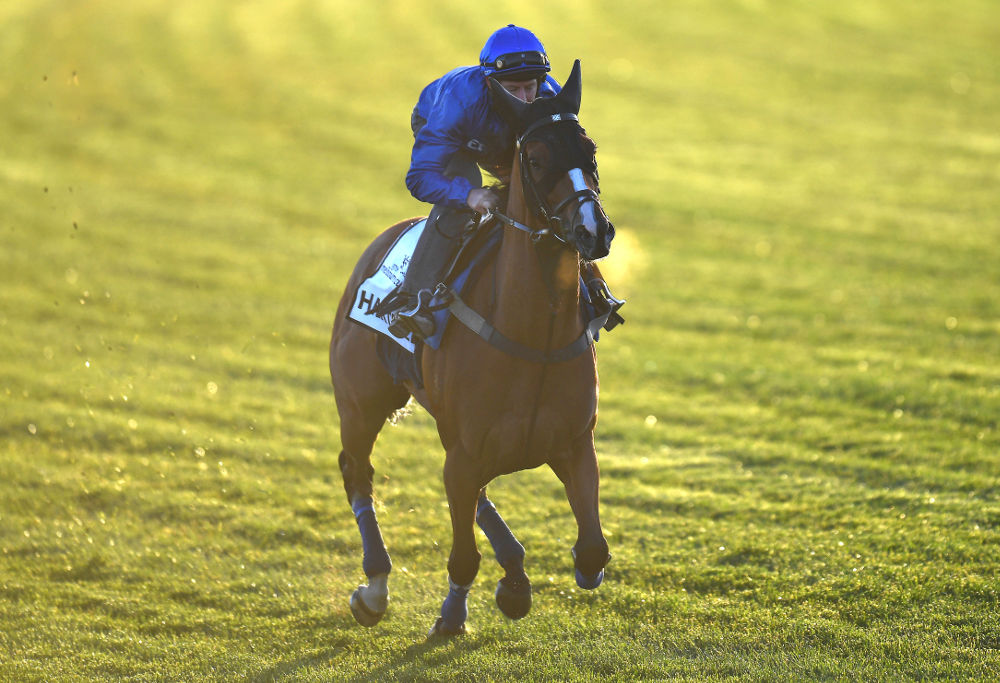 Last leg – Group 3 Furphy Sprint 1100m
2 Snitty Kitty good short course form, been running okay in some good races, can bounce back here. 4 I am Excited away from Caulfield last start and ridden cold, ran over the top of them all and was too strong on that occasion.

6 Resin dominant winner last start and is building a terrific record, the Soothing form ties here in here. 7 From Within back to her best with four dominant wins in a row and she runs good time, led well above the class average last time and just kept going. 9 She Knows good mare who ran some of the best closing splits of the day when chasing smart male Eduardo last time out, can win here.

13 Grey Shadow sat three wide and proved to be too good on that occasion, last start stuck to the inside and boxed on well. 17 Petrelle was good fresh when on speed and raced away at Bendigo, last time out in Adelaide she led and was pressured but boxed on well.