NFL Week 14 wrap: The Patriots fumble, the Texans stumble, and the Rams take a tumble

Houston Texans’ nine-game winning streak was halted and the New England Patriots blew the chance to wrap up the AFC East in a helter skelter round of the NFL.

A rare loss by the Los Angeles Rams just added to the drama.

Soldier’s Field in Chicago has always been a shrine to defense and a crowd of 61,695 witnessed an old school game between the Rams and the Bears.

It was two field goals apiece in the first half then Chicago’s defense turned up the heat in the second. Rams’ quarterback Jared Goff was sacked in the end zone for a safety to give the Bears an 8-6 lead.

The game’s only touchdown came from the improbable source of Bears offensive lineman, Bradley Sowell, whose two-yard reception sealed a 15-6 win.
ba
Both quarterbacks struggled. The Bears’ Mitch Trubisky, returning from injury, only picked up 110 yards while Goff for the Rams threw a career-high four intercepts. 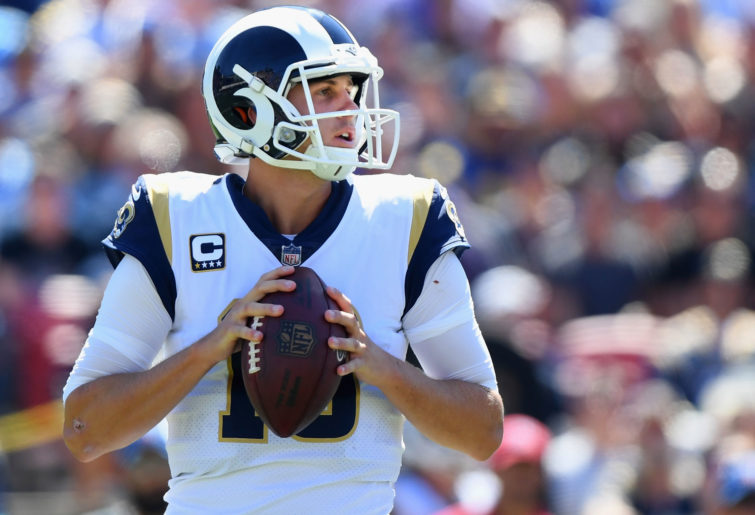 The Baltimore Ravens came within a whisker of causing an upset in their 27-24 overtime loss to the Kansas City Chiefs.

Trailing 17-10 at the half, Baltimore scored through Max Williams to make it 17-17 into the final quarter. A huge 55-yard punt return from Cyrus Jones set up a touchdown on the next play giving the Ravens a 24-17 lead.

At fourth and nine, with time running out, Chiefs’ quarterback Patrick Mahomes pulled off a stunning play. Running across field and off-balance he threw a monster pass to Tyreek Hill giving the Chiefs a first down in the red zone.

The Chiefs tied the game with a touchdown pass to Damien Williams on fourth down with just 0:53 on the clock.

Kansas City scored a winning field goal in overtime and move to 12-2, with top seeding in the AFC playoffs all but assured.

It was a massive game at Dallas where the Cowboys took on the Philadelphia Eagles for top place in the NFC East.

After trailing 9-0 into the third quarter, the Eagles intercepted a pass by Cowboys’ quarterback Dak Prescott then scored a touchdown through Alshon Jeffrey.

The Eagles levelled at 9-9, setting up a grandstand finish. Dallas’ Amari Cooper scored a touchdown before the Eagles equalised at 16-16.

An enormous 75-yard touchdown reception by Cooper put the Cowboys up again, only for the Eagles to level at 23-23 through Darren Sproles.

In overtime, a near interception by the Eagles popped the ball up for Cooper to catch and score the winning touchdown for the Cowboys.

The Tennessee Titans hosted the Jacksonville Jaguars on Thursday night. Running back Derrick Henry almost single-handedly won the match for the Titans with a spell-binding performance.

Henry was unstoppable, scoring all four of the Titans’ touchdowns. His second was out of this world. Taking the ball at his own one-yard line, Henry took off around the outside then headed downfield, swatting defenders aside like baddies in a Chuck Norris flick.

The 99-yard run equalled the longest rushing touchdown in the history of the NFL.

For the night, Henry rushed for a Titans record 238 yards. At 191cm and 112kg, and with a 11.11 personal best for the 100m, the Florida native may be a nightmare for defenders but he has a soft heart.

Henry credits his grandmother with encouraging him to complete his college degree and has a portrait of her tattooed on his chest.

New Orleans Saints needed a come from behind last quarter to beat the Tampa Bay Buccaneers. The Saints, coming off a surprise loss last week, went behind 14-3 at half time but a blocked punt by Taysom Hill helped turned the tide for the home team. 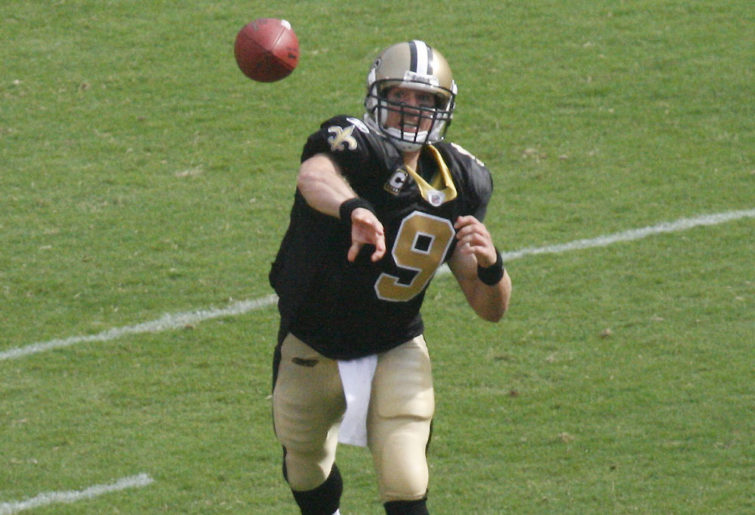 The Saints still trailed by three going into the last quarter but a touchdown leap from quarterback Drew Brees put them ahead.

The final score was 28-14 to the Saints who go to 11-2 and clinch the NFC South divisional title for the second year in a row.

The Miami Dolphins sprung a huge upset on the New England Patriots. Behind for the entire second half, all hope looked lost when they had one final play at their own 31 yard line.

Quarterback Ryan Tannehill found Kenny Stills with a pass around midfield who the sent a lateral pass to Devante Parker.

As Parker looked out of options he also sent a lateral pass to Kenyan Drake who ran around the rest of the New England defense to score. Final score, Miami 34 New England 33.

The Houston Texans’ nine game winning streak came to an end at home against NFC South divisional rivals the Indianapolis Colts. The Colts won 24-21 to move to 7-6, two wins behind the 9-3 Texans.

After giving the Pittsburgh Steelers a rap a few weeks ago their fortunes have taken a nosedive. Their 24-21 defeat by the Oakland Raiders was their third loss in a row.

They could have sent the match into overtime but a slip by kicker Chris Boswell sent the ball into the backside of one of his offensive linemen instead of through the goal.

The Detroit Lions beat the Arizona Cardinals 17-3, while the San Francisco 49ers won just their third match of the year with a 20-14 victory over Denver Broncos.

The Los Angeles Chargers went to 10-3 with a 26-21 win over the Cincinnati Bengals and on Monday night Seattle Seahawks beat the Minnesota Vikings 21-7.

The standout match of week 15 is the Thursday night game between the Chargers and the Chiefs. The match in Pittsburgh between the Steelers and the Patriots will also be worth watching.

Three weeks to go and the Saints and the Chiefs are in poll position to contest the Super Bowl but the Rams, Patriots and Texans are right up there. Two more names can be added to the mix: the Cowboys and the mighty Chicago Bears.