Andy Murray's herculean run to no. 1 ultimately led to his downfall

“He’s writing cheques that you only hope his body can cash.”

Andre Agassi uttered those words way back in 2005.

No, he was not referring to Andy Murray, who lost a five-set epic against Roberto Bautista Agut in the Australian Open first round, he was talking about a 19-year-old Rafael Nadal.

Agassi said how, in the opening salvos of the Spaniard’s career, he had already raised the bar in terms of physicality in tennis.

However, he issued a warning to the then-teenage sensation.

The eight-time slam winner said Nadal’s style of play – playing every point like it was his last and all that wear and tear to his body in doing that – could shorten his career.

The aforementioned words from Agassi now appear to be more apt for Murray.

The 31-year-old put in a heroic and battling performance in around four hours against Agut, in what could be his last ever match.

To retire from the sport at this age in years gone by would have been seen as a long career. These days, however, many play into their mid-30s and even beyond.

Injury is an unfortunate part of sport, but what accelerated this injury nightmare that Murray has not been able to wake up from?

Arguably his greatest triumph, reaching number one after his herculean run in 2016, led to his ultimate downfall.

A 90 per cent winrate. A total of 78 wins to just nine losses. He won nine titles, three of which were at Masters 1000 level, another included his first World Tour Finals triumph and Wimbledon to boot.

It was an outstanding season for Murray and his remarkable run to number one was made all the more astonishing as his great rival, Novak Djokovic, had obliterated the competition in the first half of 2016.

But how much did that exhausting, grinding and attritional run take out of him?

His relentless march to the number one ranking involved him winning five, long and battling tournaments in a row at the end of the season.

When he had done the impossible, was Murray a bit short-sighted with his scheduling? 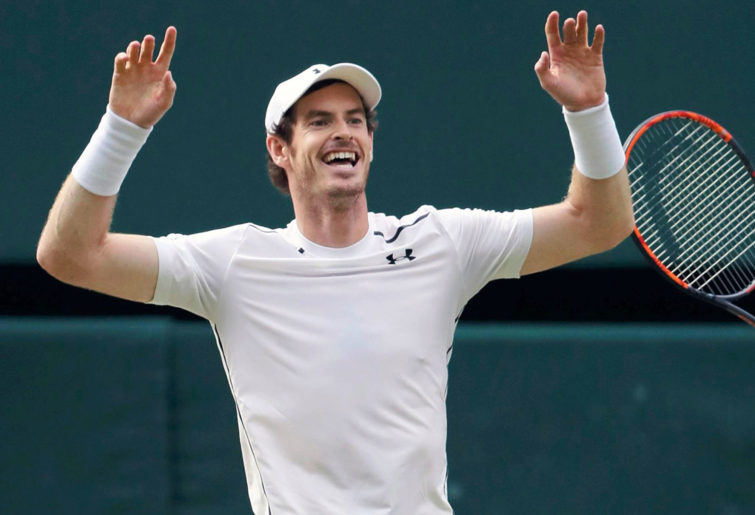 Andy Murray has had a magnificent career. (The Yomiuri Shimbun via AP)

He decided to launch into another arduous pre-season training block and chose to play in Qatar at the very start of 2017, instead of giving him the vital rest and recuperation time he needed.

What’s more, Murray is 6’3 and has been described as a ‘tank’ due to his muscle mass.

Murray can run down a ball better than nearly anyone and, for someone of his height and build, that is not normal.

In the history of the sport, few players of his size have successfully utilised, let alone attempted, a muscular, counter-punching style as he has.

That combination of factors has, regrettably, ended up pummelling his hip. He has endured a good 18 months of pain and neither physio nor an operation looks to have remedied that.

His ultra-physical, pounding style of play is an approach that has brought him so much success throughout his career, but that is likely to have caused the hip problem that is soon to end it.

So, was it all worth it? Was that relentless charge to number one and to try and finally win an Australian Open title his undoing?

Only he can know that. He has had a magnificent career.

Three grand slams, 41 weeks at number one and two Olympic Golds, among other achievements, is a record to be proud of.

But could it have been a lot more? If he had taken more time off could he still be winning slams like Roger Federer, Nadal and Djokovic are at the ages of 37, 32 and 31 respectively?

We will never know. One thing we do know, however, is that Murray has carved out a fantastic career of his own, regardless of whether he retires from the sport now or in the summer at Wimbledon.

But it would be nice for him to have one last hurrah at Wimbledon, don’t you think?