How do Hearthstone pros prepare for big tournaments? A chat with bunnyhoppor, muzzy and SNJing

With 16 of the world’s very best Hearthstone players in Taiwan for the World Championship, I took the opportunity to wrangle some of them together and explore just how esports professionals prepare for major tournaments.

Germany’s bunnyhoppor (Raphael Peltzen), America’s muzzy (Muzahidul Islam) and China’s SNJing (Guan Zhendong) all took the time to speak to me about how they became Hearthstone professionals, their regular practice routines and how this tournament’s proximity to an expansion affected their planning.

The Roar: When did you decide to really pursue Hearthstone seriously – was there something in particular that made you decide to do it?

bunnyhoppor: I kind of stumbled into it. Some friends made me play Hearthstone, I loved it from the start and played until 5am first day I was shown it. When they announced the HCT [Hearthstone Championship Tour] circuit for the first time in 2016, and open qualification, I was like “oh cool, that could be it right?”.

So I basically said “well I’m going to spend a lot of my free time just trying to grind on Ladder and I’ll try to qualify for the tournament and if I make it, I’ll make it, and if I don’t make it, I know that I’m not good enough”.

So from that point on I was like “yeah, I guess I’m not that bad at the game”. I started pursuing it a little bit more, and it just kind of went from there.

I was free to play at the first playoffs I played, by the way.

SNJing: I began playing Hearthstone when I was brought with my friends to some grassroots tournaments in China. I managed to have some high finishes that made me more passionate about Hearthstone and then began to pursue my professional career as a pro-player.

I got through all those stages and then ended up winning the tournament and, at that point, I thought, “Okay, if I can win this Hearthstone tournament I must be good at Hearthstone. Maybe I should pursue it a bit further and do well in it,” and it was sort of a hobby that became a passion that turned into a job now. 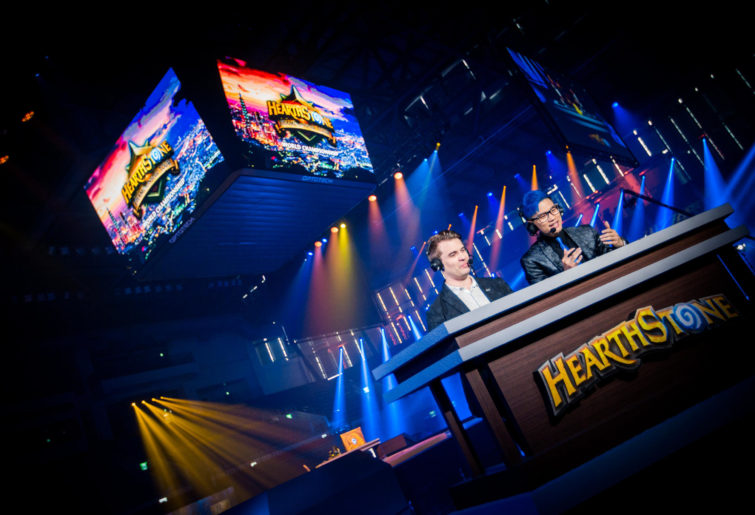 The Roar: What does your normal practice routine look like?

bunnyhoppor: Nowadays it’s like, I usually stream 10:00 to 5:30. When I have tournaments I practice a little bit in the evening with friends. I have a little bit of a discussion about decks, lineups, what we think is going to work and make sense, that kind of stuff.

Then, before tournaments, I don’t stream any more, I just full focus on tournaments and spend all day practicing. Of course, this tournament with the rotation is a little bit crazy, but that’s not the norm.

We spend a lot of time playing before and a lot of time testing, so that’s kind of an outlier, but the general is like stream and then, in the evening, trying to tune up a fair line-up and test some match ups.

SNJing: Before I considered myself as a pro player, I just practised with a playgroup but now, since I’ve been competing in big tournaments, I spend more time with other, very high-level professional players and my teammates.

muzzy: So basically, wake up, lie in bed for a bit, because that’s how the esports life is.

Start the day off, turn on the computer, play some Hearthstone. It always involves getting in a call with people I’m prepping with, getting in a call with Justsaiyan [David Shan, American pro player] and talking decks, preparing for a tournament, thinking, “Okay, what line up do we want to bring in this tournament? What are the decks that we should start playing now?”

Then we choose a line-up or look at different decks, look at all the stats and then either queue up the decks against each other or queue it up on ladder and then six, seven, eight hours later say, “okay, we got our practice session in,” and then sort of relax a bit.

If we have any ideas we reconvene and then talk like that, so yeah. That’s basically how it goes for me at least. 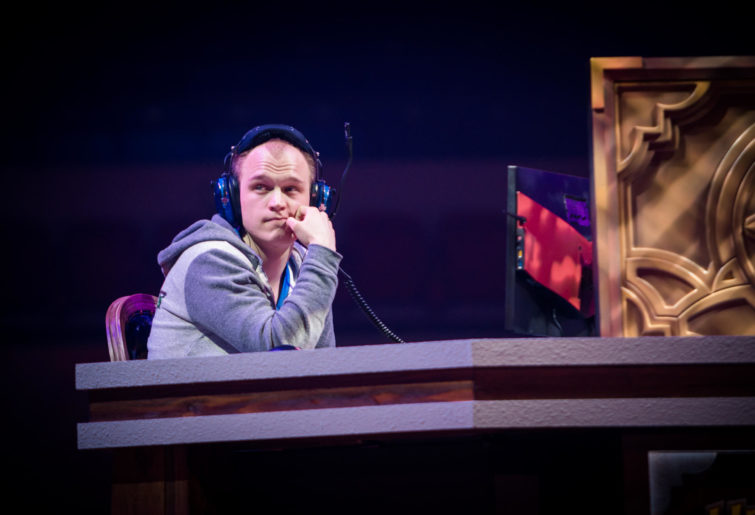 The Roar: What has your preparation routine for tournaments typically looked like and how has the proximity to expansion changed it this time?

bunnyhoppor: Everybody’s schedule is completely messed up. I don’t think you’ll get any other answer from any of those players. It’s completely crazy actually, how we had to find decks, four decks to line up. I guess with Specialist [the new incoming tournament format] it would have been fine.

And, if you screw it up, you might just be completely discharged by the tournament. [That] rewards more preparation right? More testing too.

It’s just hard to come up with a coherent four-deck lineup so close after expansion, especially if you don’t exactly know what you’re supposed to expect.

SNJing: This short amount of time requires us to master the meta as soon as possible so we’re faster than other players to stand out from the tournament.

This is highly challenging and this is the first difference. The second difference is this time, since it’s the early stage of the meta, almost all the players have brought pretty similar highly powerful decks compared to previous tournaments where the decks were more diversified.

muzzy: With the cards rotating and the new expansion being released, everything shifted. The whole meta shifted; all the previous meta decks, Death Knights gone, odd and even decks gone.

So we had to commit a lot of time to playing match-ups and playing decks and changing cards.

In the past, for last year, I would say in terms of tour stops, most of the line-up preparation and the practice I put in was more based on theory, looking at stats and figuring out the best match-ups here and there.

Then if we don’t agree on a certain match-up we can play it out and then see, “okay, this match-up isn’t correct on this data site, but will this affect me bringing this deck?”

I’d say in the past, it’s more theory based, more time for ladder and more time for other things that I have to commit to but, definitely, for this tournament a lot of it was putting into practice, putting into games those steps. 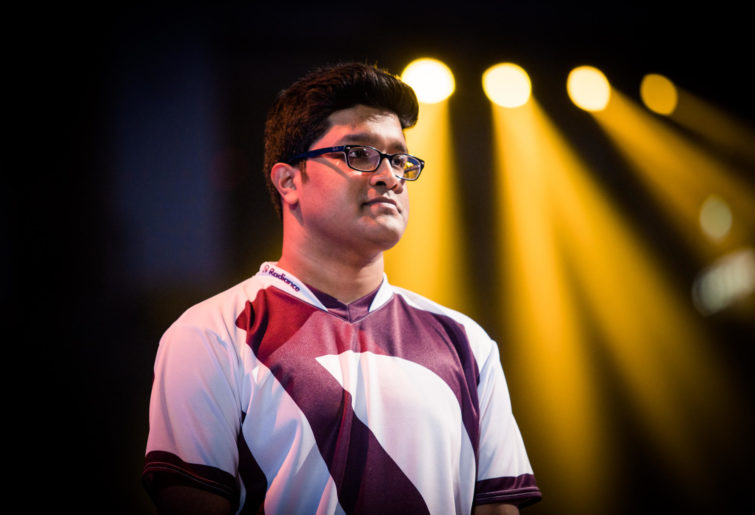 The Roar: What has the biggest surprise of the tournament been for you so far?

bunnyhoppor: The biggest surprise of the tournament so far … I think XiaoT [Wu Juwei] losing to SNJing was [the one] and the [fact it was] 3-0.

I felt like XiaoT was the favourite, and I also believe XiaoT should be the overall better player, because he’s had a really good record and I think he’s a really good player and the number one seed of China.

I felt that he should win and then he loses three zero, I didn’t really anticipate that.

SNJing: The fact that I defeated XiaoT 3-0 was a big surprise for me because before the matchup I thought my lineup was totally unfavourable.

muzzy: I think a lot of people’s answers would be killinallday’s [David Acosta] Chef Nomi Priest. It wasn’t on anyone else’s radar, no one tested that deck.

Talking with other players and having access to the deck now and trying it out, we all definitely agree it’s a very strong deck that I think, in my line-up at least, it would take the spot over Control Shaman. It basically shores up other match-ups really well.

I would definitely say Chef Nomi Priest was the biggest surprise that I don’t think anyone expected. 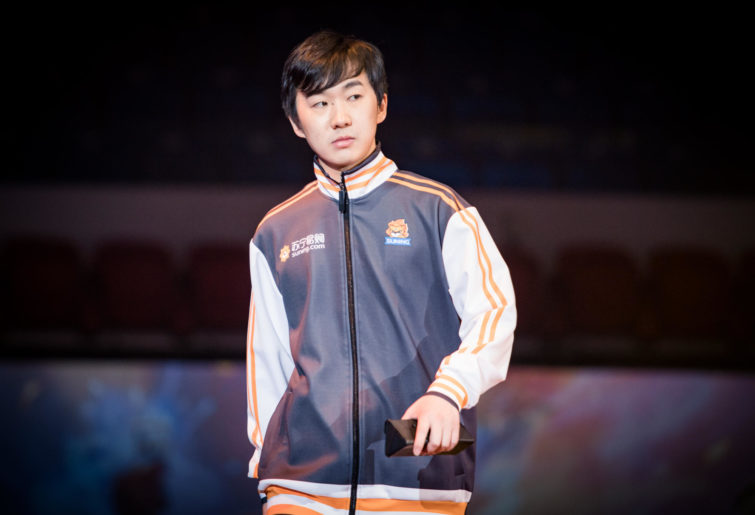 The Roar: In Australia, the reaction a lot of esports athletes get when they mentioned their profession is quite mixed. How do people in your home country react when you tell them this is what you do?

The ones that know and approach you, are the ones that think it’s cool, because I usually don’t talk too much about it.

People aren’t very much against that, well, I don’t know, people won’t tell you if they think it’s stupid, right? They’re nice enough not to.

I know it’s like always when I meet my fiance’s friends, they have no idea, like nobody [amongst them] plays esports. They think it’s cool, some of their boyfriends like some games.

SNJing: In the last two years, esports – especially Hearthstone esports in China – has been thriving so much thanks to the help of NetEase in China and also the Government. They have recognized esports as a profession.

It’s considered as one of ‘the sports’ in China and we get to register as professional sport athletes legally by the authority.

So it’s very good news for us this year and I think when I tell people I’m a pro player of Hearthstone there isn’t as much prejudice or bias as before. I’m very excited for the future.

I would say that when people do find out, and people that I have talked to, like my professors or some college friends who didn’t know as much about my esports life back then, they were definitely surprised.

They all were like, “So you make money off this? This is how much money you’re making now? Oh my god, it’s great!”

I mean, it’s something I enjoy doing and if I can make a living off of it then that’s something that I definitely want to be continuing to pursue.

The Roar: If you were to win the top prize, what would you do with it?

bunnyhoppor: I’m like super conservative with money, I’ve put it in the bank and let it sit there, and when I have kids someday I’ll use it for their education or my apartment or a house, or whatever.

I’ll probably pay off the mortgage on my mom’s house.

SNJing: I’m not that bold to think about that yet!

muzzy: I’ve imagined this story a lot. Last time I was here in Taipei was for All-Stars, but before that there was another tour stop here that another World Championship competitor Viper [Torben Wahl], he was qualified for it at the time, was there and we were exploring the city, walking around.

Then we were on the streets and there were three different Rolex stores and it was sort of like a joke at first “Hey, when we get here for World’s you should buy a rollies if you win, right?”

We said “all right we’re going to buy rollies,” so I’d probably buy a Rolex.

Stirling Coates was flown to Taiwan to cover this event by Blizzard Entertainment.