Racing this Saturday comes from Flemington where some there are some good races and good horses involved; as per usual I will be taking you through my thoughts on the quaddie.

First leg – Who Shot Thebarman handicap (1200 metres)
2 Halvorsen backs up here after finishing strongly to win second up, has won third up in the past and should show some natural improvement as well as some fitness, Hawkshot form is good.

3 Fine Dane is also on the back up from last week where he finished third behind Halvorsen at Caulfield, he pushed forward on that occasion and stuck on okay, has been running solid races since winning first up.

4 Lady Pluck is a Tasmanian filly who covered ground and found enough to win at Caulfield, has a good record over in Tasmania and is ready for this step up in class, has a third placing behind Smart Melody and Music Bay at Flemington.

5 Poised to Strike was much better last time out where he settled off the speed and got into some trouble when coming out and making his run, he finished second on that occasion and he is a big chance to go one better here.

7 Morrissy covered ground just off the pace third up but found enough to score nicely, was a handy race with some good horses behind him, should run a bold race.

Second leg – Brew handicap (2600 metres)
3 Steel Prince,this bloke is just flying and has a pretty handy overall record, won three on the trot this preparation the first two were by narrow margins up in trip last start and won well, should be winning again here.

Third leg – Australian Trainers’ Association handicap (1800 metres)
1 Boom Time needed the run when first up, won well second up here last May, up to the 1800 metres helps. Gets the near side blinkers on again and the blinkers off again.

3 Pacodali had a chance but was a sound return at Caulfield where he finished sixth on that occasion behind Mahamedis, ran down two smart ones when winning second up last preparation. 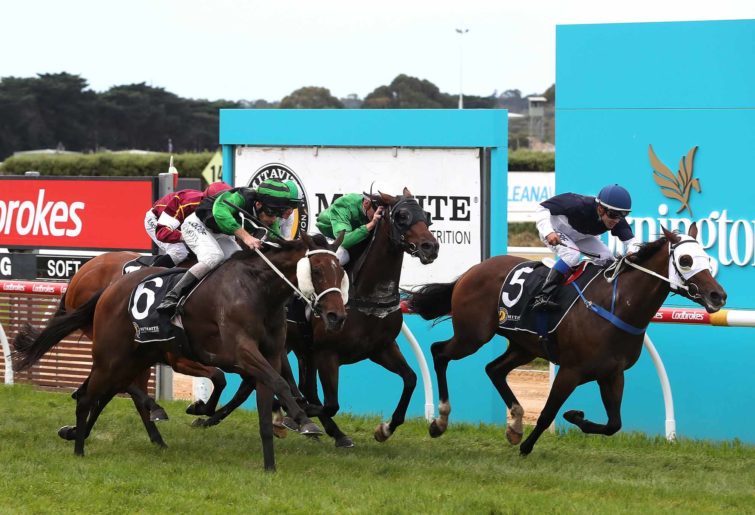 4 Call Me Handsome did plenty of work early and fought on well to run fourth at Caulfield he then went to Flemington where he was very good up on the pace where he finished third behind Dark Eyes and Spunlago, just such a genuine horse.

5 Mortons Fork will be included if he runs here, he was much better last start when bouncing back to his best form at Caulfield where he finished third behind Plein Ciel who has plenty of talent and Furrion who just won the Warrnambool Cup. His form prior to that looked bad on paper but he was quite sound at Bendigo where he didn’t finish that far off the placings.

6 Mantastic hit the line well at Bendigo when flashing home for second just behind Haripour, he then had no excuse here behind Dark Eyes on Anzac Day but was in a bunched finish, this might be the furthest distance he wants.

10 Spunlago will be included if he runs here, has had two runs in Melbourne since his Canberra Cup run and has been sound in both of those runs, last start he finished second behind Dark Eyes here on Anzac Day, I’m assuming he has pulled up well from his last start to be backing up again.

14 Kings Full looks a promising horse in the making here, is only a lightly raced four-year-old gelding so does have plenty of upside, won well at Cranbourne last start and can take the step up here, this trip suits!

Last leg – Efficient handicap (1200 metres)
5 Bel Sonic ran okay last week but others were better, has been disappointing as of late but the quick back up could spark him up, gets the blinkers off near side first time, blinkers back on and tongue tie on for the first time.

6 Galaxy Raider always had a decent opinion of this horse and I believe he has plenty of ability, ran a blinding last 200 metres after being held up badly here fresh last year, was a big chance to win last time out here but unfortunately there was a fall, has trialled pretty well leading into this.

8 Spirit of Aquada was backed fresh and won quite well at Moonee Valley and has ran second twice since then behind a couple of nice horses, form has been franked since then also!

10 Highland Beat covered ground at Bendigo but was never a winning chance, much better last start at Pakenham behind a handy horse from the Matt Cumani yard, can run a nice race here!

12 Indian Thunder is a pretty consistent horse who fought on nicely at Bendigo behind Mandela Effect who is a horse with plenty of ability, he then went to Terang where he got a much-deserved win and did it well!

14 Petrelle is a lightly raced four-year-old mare who has plenty of upside and talent to go with it! She was too strong and too tough fresh, ran well second-up last preparation and was lame here before she was tipped out for a spell, can get the job done here.