Ash Barty is the first Australian to reach a grand slam final since Sam Stosur in 2011. Her semi-final match against unseeded 17-year-old Amanda Anisimova was a real rollercoaster from start to finish.

Barty raced out to a 5-0 lead in the first set, before Anisimova came back to win it 7-6. Early in the second set it looked like it was all over for Ash, as Anisimova broke her serve and led 3-0. Barty showed real fight to win the next 6 consecutive games, taking the second set 6-3. She then held her nerve to convert her 6th match point in the 3rd set, winning 6-3.

Barty has reached the final against all odds. Her last clay court title was on the junior circuit way back in 2011. Not only that, but her last clay court final was a 2012 loss on the ITF circuit, which is a tier below the WTA tour. Barty’s critics may suggest she had a soft draw in Paris, but her run to the final nonetheless includes a 2018 semifinalist in Madison Keys.

Although Barty is yet to win a grand slam, her Miami Open title from March is the next best thing. She defeated seventh-seed Kiki Bertens, third-seed Petra Kvitova and fifth-seed Karolina Pliskova en route to the title. This tournament showed that Barty belongs among the best players in the world.

A win in the French Open final will take her world ranking to no.2, a feat last achieved by Evonne Goolagong.

Victory won’t come easily however, as her opponent Marketa Vondrousova is yet to drop a set in the tournament. Regardless of what happens though, it’s an extraordinary achievement for Barty to come this far without a strong history on clay.

The $2.84m and 44 years that will separate Barty from our last Australian Open women's single champ

Ash Barty and Chris O’Neil, the last Aussie woman to win the Australian Open singles final, have one thing in common – a reluctance to linger in the spotlight. In almost every way their experiences are worlds apart. 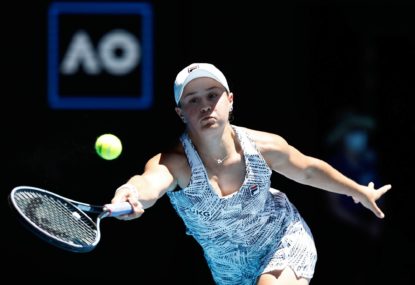 The $2.84m and 44 years that will separate Barty from our last Australian Open women's single champ

All class from Andy Murray, and Dylan. 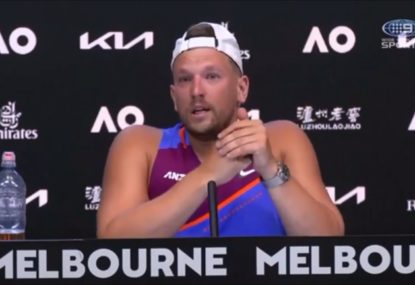 A decade after her Australian Open debut, Ash Barty's date with destiny has arrived

A decade after making her grand slam debut as a young, excited and nervous 15-year-old here at the 2012 Australian Open, Ashleigh Barty’s date with destiny has finally arrived. The Ipswich native has come a very long way in the ten years since, initially struggling to cope with the expectation and pressure that came with […] 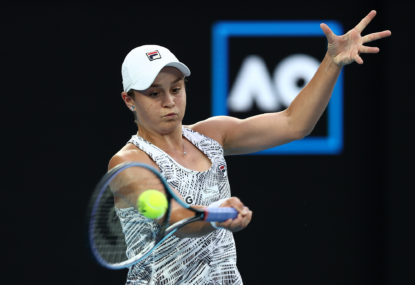 A decade after her Australian Open debut, Ash Barty's date with destiny has arrived

Djokovic will return to action in Dubai

Novak Djokovic may have been deported and missed the chance to defend his Australian Open crown, but the world No. 1 can expect a much warmer reception when he makes his return to action in Dubai next month. 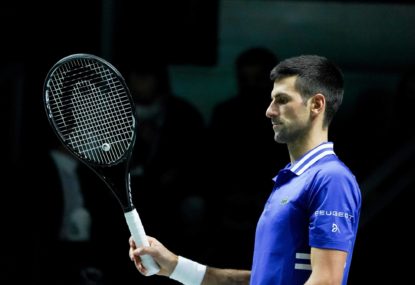 Djokovic will return to action in Dubai

The world number one beat Madison Keys in straight sets, becoming the first local woman to reach the final of an Australian Open since Wendy Turnbull in 1980. But before the match, her mind wasn’t totally on her preparation. 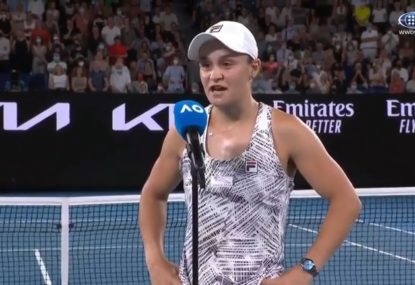 Kyrgios and Thanasi Kokkinakis won through to the Australian Open Men’s Doubles Final against fellow Aussies Matthew Ebden and Max Purcell…but Nick wasn’t happy when he thought the reporters were trying to divide crowd support. 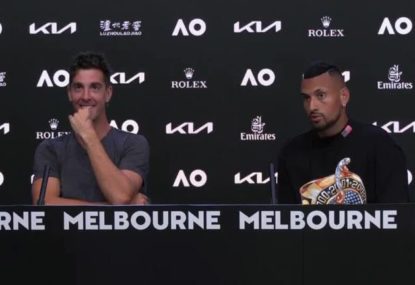