The resurgence of a forgotten quick

The road back to Sheffield Shield cricket has been an adventurous one for towering paceman Cameron Gannon.

It included a brief suspension and more recently international T20 appearances for the United States, yet Gannon is making an immediate impact for Queensland this season.

Scrutiny over his bowling action following the 2012-13 Shield final meant Gannon spent time remodelling his action to an acceptable state.

He may only be reaping the rewards now, but perhaps the persistence has been worth it. The six seasons to follow saw Gannon feature in merely eight first-class matches for Queensland, for a variety of reasons.

Having already claimed 18 wickets from the first three matches this summer, his reintegration has started in the best way possible. 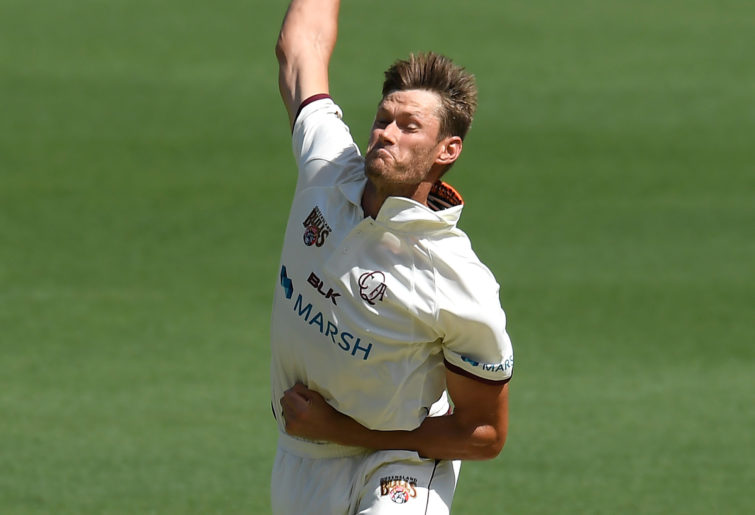 Some have labelled him a giant killer after the opening rounds, following the high-profile scalps of national vice-captain Travis Head (twice), Test prospect Daniel Hughes, past internationals Marcus Stoinis and Hilton Cartwright, and of course none other than Steve Smith.

Gannon drew a loose shot from the former skipper for a rare zero at the Gabba.

His brilliant 8-118 was still not enough to take the points over WA this week, in a drawn match dominated by anyone named Cameron G following Cameron Green’s heroics with the blade.

The retirement of Luke Feldman in early 2019, injury to Brendan Doggett and regular international cricket for Billy Stanlake has opened the door for Gannon’s return.

He has had the ideal opportunity to lead the underrated Bulls attack alongside new ball ace Michael Neser. His height encourages unpredictable bounce, which combined with a challenging Gabba surface, can disrupt even the top batsmen in the country.

For the 30-year-old, it has been a story headlined by resilience.

The growing skill of Mitchell Swepson in recent years has come as a delight to many: those who instinctively just want a leg spinner in the side no matter what (hi, Warnie), those who predicted Swepson would come good years before he actually did (hi again, Warnie), and most of all… Queenslanders.

An unbeaten century rated by hard-marking Marnus Labuschagne as one of his best has put Queensland on top in the Sheffield Shield final against NSW in Brisbane on Friday.

Marnus Labuschagne was again the immovable object while returning Mitchell Starc showed glimpses of his irresistible force as first-day honours were shared between NSW and Queensland in the Sheffield Shield.

The Queensland Bulls and Western Australia Warriors will face off in the final of the 2019 Marsh One-Day Cup on Tuesday in Brisbane. This is The Roar’s guide to live streaming the match online, or watching it on TV.