I never thought I’d be saying this about Stuart Broad. On the field, he epitomises the term “lion-hearted”, but I didn’t give him a lot of credit for his thinking on the game as a whole.

An article by Sam Ferris recently appeared on the Cricket Australia website. It was quoting comments taken from a piece Broad wrote for a UK publication.

In a nutshell, he suggests the key to winning back the Ashes rests mostly with the English batsmen, who need to give the bowlers something decent to work with. That means scoring at least 400 in their first innings for each Test.

He also mentions how Glenn McGrath was more than capable of holding his own bowling at 80mp/h (130 km/h), once Australia had scored 500.

Given how England have performed in their last three series – especially if Broad and James Anderson have played – he makes a very valid point. When England have made big first-innings scores, they’ve had the bowlers capable of getting sides out twice.

Granted two of these series have been in England, but they comprehensively beat the Proteas in South Africa too, suggesting they know how to win away from home but more importantly, there’s proof the method Broad describes works for them.

Much has been made about the need for speed in Australia, but he talks about the last time England took an Ashes series in Australia in the 2010-11 series.

Their attack consisted of James Anderson, Chris Tremlett, Tim Bresnan and Graeme Swann. Anderson is still a quality bowler as was Swann, but the other two were not exactly at the elite level in the fast bowling categories. In saying that, they did enough to take 20 Australian wickets in at least three Tests, to ensure an English series win.

Comparisons should also be made between the Australian attack in 2010-11 of Ryan Harris, Doug Bollinger, Peter Siddle, Xavier Doherty, Ben Hilfenhaus, Mitchell Johnson and Steve Smith with the current Australian attack.

The points Stuart Broad makes are not earth-shaking or revolutionary, but simple Test match common sense. Get in, bat for a lot of overs, build a big total, run the opposition into the ground, then see what the attack can do.

If Broad’s thoughts are combined with Joe Root’s dream to become the world’s number one Test-playing nation, it sounds as though England have both a vision and a plan. All that remains is to be seen, is whether they have the personnel capable of achieving the desired results. 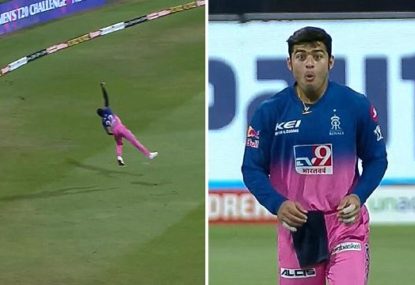