O Canada! Fairytale run continues for Fernandez at US Open

The fairytale run of Leylah Fernandez has continued at the US Open, after she edged out fifth seed Elina Svitolina in a third-set tiebreak to advance to her first major semi-final.

The recently-turned 19-year-old carried over the form that saw her upend former champions Naomi Osaka and Angelique Kerber in earlier rounds into the quarter-finals, taking the first set 6-3.

Svitolina, a semi-finalist in 2019, was quick to hit back however, taking the second set by the same scoreline to force Fernandez into a third consecutive three-set match.

The Canadian then raced to a 5-2 lead in the final set shootout, but Svitolina would peg back three games in a row to level at 5-all, and then force a deciding tiebreak at 6-all.

A 4-1 lead to the 19-year-old in the breaker was quickly pegged back to 5-all, before she set up a match point with a running forehand winner that landed just inside the sideline. Victory was then sealed on the very next point, when Svitolina’s return went long.

Fernandez is now the youngest woman to reach the semi-finals in the Big Apple since Maria Sharapova in 2005; that tournament was the since-retired Russian’s first major tournament she contested as the world No.1, having acquired the ranking a week beforehand.

In the final four she will face second seed and title favourite Aryna Sabalenka, after the Belarussian thrashed reigning French Open champion Barbora Krejcikova in straight sets to advance to her second straight major semi, and first at Flushing Meadows.

With no American men or women reaching the quarter-finals at Flushing Meadows for the first time in US Open history, local fans are banking on at least Fernandez to deliver Grand Slam glory to the North American continent, as Bianca Andreescu did in 2019. 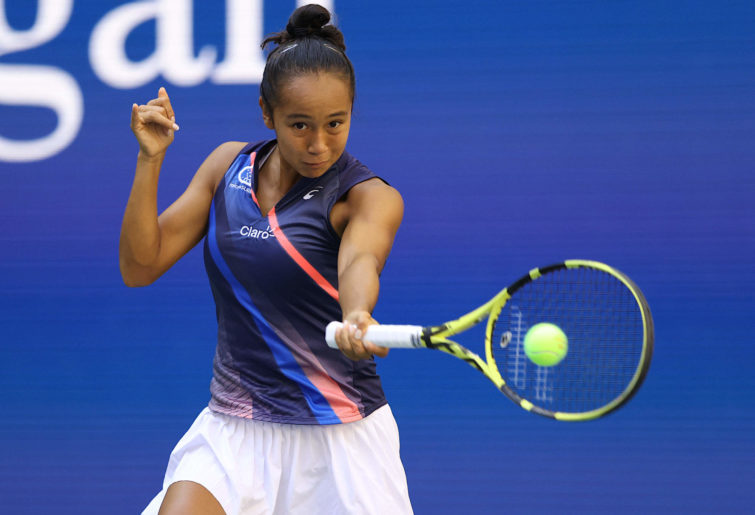 So, while Sabalenka will start as the favourite on paper, Fernandez will be the fans’ favourite as she attempts to become the latest in a string of unheralded female major champions, joining the likes of Krejcikova, Iga Swiatek (last year’s French Open) and Andreescu (2019 US Open).

Krejcikova’s defeat also means a new women’s major champion will be crowned by the end of this week; of the women remaining in the draw, only Karolina Pliskova has reached a major final, doing so here in 2016 as well as at Wimbledon in July, losing on both occasions.

The late match on Tuesday afternoon (AEST) saw Maria Sakkari edge out Andreescu in three sets, with the latter’s early exit meaning she will drop out of the world’s top 15 as a result of her failure to defend maximum points from two years ago.

The Greek 17th seed will now face Pliskova, who is the favourite to reach the final from the top half of the draw, in the final eight. The other top half quarter-final pits British teen sensation Emma Raducanu up against Olympic gold medallist Belinda Bencic.

In the men’s draw, Russian second seed Daniil Medvedev dropped a set for the first time in the tournament, but still defeated Dutch qualifier Botic van de Zandschulp in four sets to advance to the final four in New York for the third consecutive year.

Canadian 12th seed Felix Auger-Aliassime received a walkover against Carlos Alcaraz Garfia in what was the youngest clash to take place at this stage in a major since a 20-year-old Rafael Nadal defeated a 19-year-old Novak Djokovic at the 2006 French Open.

The two top half men’s quarter-finals will be contested on Thursday morning (AEST), with top seed Novak Djokovic taking on Matteo Berrettini at a Mmjor for the third time this year, following previous meetings at the French Open and in the Wimbledon final.

It is believed to be the first time any two male players have faced each other at the French Open, Wimbledon and US Open in the same year since Roger Federer and Robin Soderling faced off at those majors in 2009, including a final at Roland Garros.

Alexander Zverev takes on South African Lloyd Harris in the other quarter-final, with the German to start favourite to set up an Olympic rematch against Djokovic in the semis.

Meantime, fresh off winning the gold in the wheelchair tennis at the Paralympics, Dylan Alcott has arrived in the Big Apple as he bids to complete the Golden Calendar Slam, which would see him join Steffi Graf as the only ever tennis professionals to have done so.

Matches to watch on Day 10