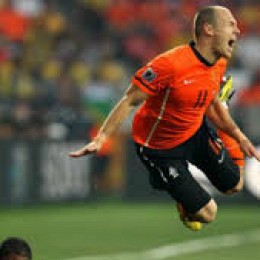 Best advice I ever heard; You learn nothing by talking. Your opinion only gets stronger when you consider another side of the topic. Anything less is just adding insult to injury.

I could understand the headline reader thinking this team is Test or first-class descendants of Test players. 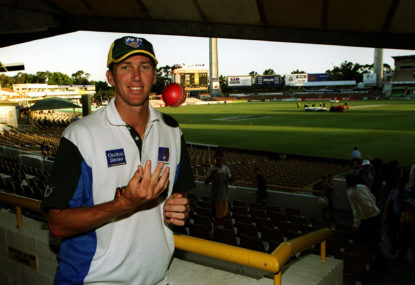 Ya gotta love sport! It throws together a myriad of body shapes, all with their unique benefits and disadvantages for the role they chose in the quest to be elite sportsmen. 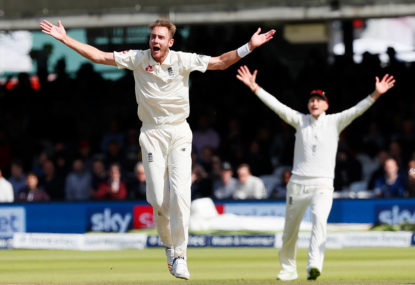 What is considered ‘good nick’ for an athlete? Is body shape alone a good indicator of ‘fitness’? Do you need to look like a superhero to play at Marvel Stadium? Seriously, isn’t sport 90 per cent mental? 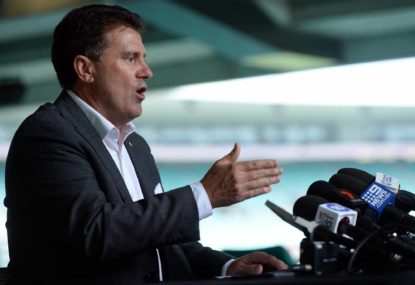 Congratulations to the English cricket team as they celebrate their first ever one-day international world championship.

The best players aren’t always the best judge of talent in others, nor the best captain. The same holds true with coaches and selectors. Sometimes those who had a career bump have a better insight and combined with communication skills can target and advise potential players better than a rare talent.

You seem pretty annoyed and definite change is needed as selectors can’t make a considered choice. Then you pick 14 for England and 13 for the Windies. I understand your argument to a point, reward the more domestically accomplished, but you want to strengthen the batting which has players averaging under 40, with a second allrounder at 8. It does however seem to be a new concept that one all rounder unbalances a Test team.

Or cheeky singles if batting together!

Great sentiment, held by every cricket fan, but CA is still chasing the spectator dollar from short forms which, as you pounted out, require neutral wickets. There’s also the issue of only England playing 5 Test series and with a dominant Indian board, they will not play a venue which doesn’t suit them. If they believe they’re vulnerable on a bouncy Perth track, they won’t agree to a tour which includes Perth,unlike those Sydney Tests against the Windies.

I encountered a similar thing in a carnival game once when fielding at deep midwicket and the scorer called to me asking who was bowling. It was one of the 3 Ball brothers. I called out BALL, to which I got half a dozen comedians yelling; new or old, left or right, cricket or beach……I called back Ian and got the expected response….. I? I Ball? Are you serious? It wore thin within an over for me, poor bugger has had a whole life of it!

Depends on your pronunciation. A small stain can be hard to get out of your whites!

With you on most of it, Thomas, although the fake crowd is a hard one to judge. It does delete the sterility from a crowd free game, but the volume does need adjusting. It’ll be gone at some stage and that will be moot, but the other elements need serious work. Taylor’s over the top delivery is as annoying as McAvaney’s fake building of drama in his voice and his even more ridiculous cutting himself off before finishing a sentence to cram as much in as he can. It was a sad day when Cometti retired and McAvaney stayed. The footy would be all the better for sending him over to the racing channel and leaving the professionalism of Hamish McLachlan to take prime position.

It's time for Channel Seven to improve

Sometimes Paul, an all pace attack is unavoidable. A spinner with an average of 50 has to sit it out for Alan Hurst with 43 Test scalps at 27!
Maybe to ensure NZ representation a team of Hamish.

Did I miss something, Ace? A pollock is a North Atlantic Cod variety last time I checked.

It’s interesting how the English system throws up players with really respectable stats, who couldn’t translate to Test cricket, Paul. It says something about the County game, I guess. Brearley really was a man out of his era! You wouldn’t be surprised to read that Lord Brearley sponsored a tour to Australia in the 1870’s on the provision he was Captain, as he was an excellent manager of men as shown from his textile factories!

Isn’t a Pollock a fish?

Ten plus year olds are indeed amateurs, Jeff, who wear their favourite players name and number on their back when spectating. When p!aying they want to emulate those heroes and score the winning run, make a match winning contribution, take the winning wicket, be in the partnership which stops the opposition bowling them out. Under 12’s up are all aware who has scored the most runs, taken a bag and all rush to the scorer afterwards to ‘see their names in lights’, confirming they made 25 with 4 fours before being forced to retire. I know that from coaching, umpiring, scoring, as I’m sure you have too. The love for the game will not infect every kid who plays, because some are forced out there by zealous parents, but by Under 12’s understanding winning and that you can lose can be taught on field. As can the fact that some days your best effort won’t lead to a win, which as we’re both aware, is a life lesson too, unteachable on a game console with a replay button. Sport administrators have couched all volunteer participation in accreditation now, so the sportsmanship required for children to learn the acceptable responses to success, defeat and team orientation are in the hands of coaches as is the ability to discipline if poor sportsmanship is displayed, such as rubbing anyones nose in anything. As I said in my original post, the concept of cricket as a target driven past-time doesn’t have to preclude sportsmanship. Impressionable kids can be taught, especially when they want to succeed, but by 10 they’re well and truly over saying,’Mum, Mum, I hit a 4 today!’ They do that in the backyard, the grassy hill at Drummoyne Oval, or suburban park when Dad or Mum are playing. Ironically, or is it the real point, in those scenarios they keep score and rub it in, good naturedly or not, but in organised games there’s the structure to stamp it out or mellow it if it goes from ribbing to nasty. Seems to me we’re underselling our kids ability to accept direction.

Different perspectives and expectations are vital to keep moving forward, TR W and different generations need to be challenged by them. Your article contributes to that debate. There will be those who snuck back in and watched the end with the sound off and the old man would never be the wiser, those that were angry the next day and vow never to be so blinkered and of course those who accepted it and do the same thing today. At the end of the day if all those personalities are able to coexist we hopefully come out with a game we all can enjoy. As we both know, that close game you spoke about wanting (‘Myself, I enjoy a close match….’) was actually on that night.

Sorry Paul, I’m no anarchist, but you seriously can’t look at selections based on gentlemen amateurs being the custodians of the game mapping out the next session over luncheon, while their professional teammates have their working class meal in a separate room and see a genteel game of camaraderie? Neither was the pre WWII division of Protestant – Catholic.

I don’t understand your final sentence either, while conceding I detest the fluoro vests running all over crowd acknowledgement of a ton or 5fa, great players of the last 30-40 years have been touted as amongst the all time greats with Viv, Warne, Murali, Sachin, Lara, Gilchrist, McGrath, Kallis in the conversation as all time greats and innovators of the game.

Pessimism is the preserve of the spectator, it has no place on a sporting field. My career mirrored Steve Waugh’s, starting senior cricket the year he debuted internationally. So as kids we saw Australia go from testing themselves and periodically succeeding against a supremely talented Windies and hard nosed English professionals, to a 3rd string whipping boy during World Series and then into the mid 80’s trying to regroup. In my opinion that built a desire to win – not at all costs as many view the Border to Ponting period – but that participation doesn’t cut it. It’s a past-time with an objective and apologising for winning, or administrators forcing impressionable kids above the age of 10 to play a result driven sport while not being allowed to be proud of scoring more runs than the other sides, attempts to stifle human nature. Of course there’ll always be those who have the luxury of only seeing a successful period, be it the Waugh Aussies, Fergusons ManU, or Brady/Bellichicks Patriots and claim they want a ‘unique blend of sportsmanship, competitiveness, concentration and professionalism…..’ The funny thing is those advocates have apparently decided that all those attributes are precluded from an era where success had to be built. I guess when winning is taken for granted, it creates as skewed a view as only ever losing.

Good fun Tiger. First name that came to mind for me was Roger Binny who played 20 odd tests for India and if memory serves his son Stuart played for India too.

A cricket team of exotic names

24/7 news cycle and ‘sources close to’ leaking info from every organisation before the full story is known, is now the norm. Even politicians and ‘advisers’ inside cabinet can’t be trusted to provide professional confidentiality. Use might, could, possibly and clean up afterwards with ‘new information to hand’. Doesn’t matter if they’re wrong then, as long as they’re first. Even better, ‘use as reported in…..insert another trashmedia outlet here’ and you’re absolved from trashing someones reputation. It’s pathetic!

Paine was a Captain for the moment. He’s a calm individual and a class act, with plenty still to offer. He will be given the credit to know when enough is enough.

How good has the 'Tim Paine era' been for Australian cricket?

I’m sure you got by, unless of course you played like Miranda, I don’t believe her cricket ability rivaled her acting!

Great read, as usual, TigerBill. I thought of Qasim Umar when I read your first paragraph. He always intrigued me as he spoke out about discrimination and match fixing, then was charged with fixing. Interesting article on him here: http://news.bbc.co.uk/sport2/hi/cricket/1158386.stm.