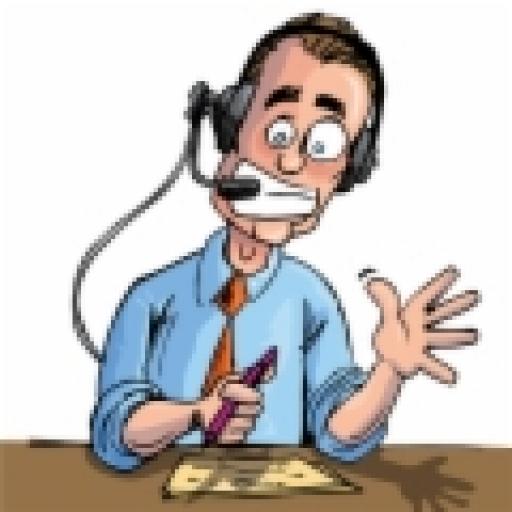 Virtual sport provides an escape from the real world and a chance to feel like a winner. Dynamic and adaptive learning has helped create an immersive atmosphere when playing against the computer.

It’s a familiar pay-to-win script. Spend money that guarantees access to the highest level of club football, see off clubs on less of a budget. 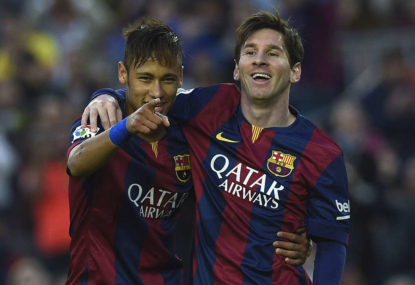 The realities of developing talent rather than blind spending on importing players make it a more friendly metric. It doesn’t require the large quantities of cash needed to refresh it.

Former Tottenham Hotspur academy footballer Josh Lyons killed himself at the age of 26 in March 2013 after suffering years of mental health difficulties. He had been released at the age of 16 at an English football academy.

After he was tricked into believing he was good enough for a career in football, Jay-Jay was trafficked from Guinea to London at the age of 17 only to be forced into prostitution. 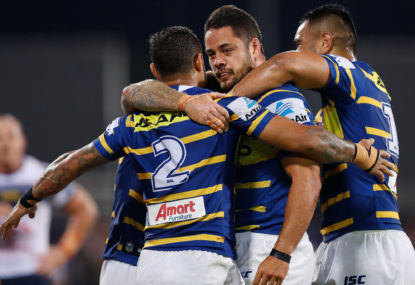 Another example of a referee letting the players decide and it seems a trivial matter which the punishment doesn’t fit the incident.

There were days the home team would kick-off and pick which end to defend. I wonder more importantly how his on-field performance went.

You’ve put thought into the post and the idea that players will get more wages as a result of removing transfer fees and a possible solution to rewarding player development.

If the money is there for transfers then put that money into wages and pay the person who counts, the player. Without players, there is no game so the players should be getting the bulk, the 22 on the field and benches.

“When should a child be allowed to be a child and when do they need to begin to advance towards the adult world?”

If we take the answer from the tv series Kung Fu, it’s when the pupil can snatch the stone from the master.

Kids move into the adult world anyway but it may not be football that provides for their needs and wants.

Staying with the football theme, amongst a buffet of indicators of whether kids are ready for their next step or big step, I’d say,

Their previous reactions to different situations, did they make the most of the nothing situations or something out of nothing, whether they looked like they had more time than their opponent, whether they corrected their mistakes, discipline.

All of that still could come to naught if the kid doesn’t fit the tactical profile of the coach or if there are kids of equal talent the parents don’t have the funds to outbid each other for the next step. Such is the life of professional football and pay-to-win.

Somewhere I read, school and school like structures such as academies are nothing more than glorified child minding centres. As long as the kids are safe.

Football Intelligence when I wrote the story, rightly or wrongly = Toolbox with tools in it and knowing and applying correctly the different tools for the different jobs.

From a coaching point of view, I often ask myself why Australia hasn’t a coach in the top leagues in the world such as England, Spain, France, Spain, Italy, for example.

Then that must also be the element of revenue collection by changing the design as well.

The new NSW jersey is a cash grab, pure and simple

“I like the geographical model that says if you’re registered to a club in that city, that state, that country, then that’s who you’ll represent.”

When NSW was defeating Queensland under the residential rule the reason given was NSW had financial support from poker machine revenue, therefore, attracting players from other states. Queensland at the time didn’t have poker machines in their state.

The time now says Queensland can support themselves because of poker machine revenue clearing the way for a return to the residential rule.

Australia would get the first choice of players, New South Wales next, and the clubs registered in NSW playing in the NSW state competition the remainder.

The question arises how to strengthen clubs and states outside of NSW.

Apart from reducing squad sizes and teams in NSW creating a surplus which can be supplied to other states and clubs, we have to wait for the crop to grow in those areas, and as we know, there’s a drought.

Australia would get the first choice of players, New South Wales next, and the clubs registered in NSW playing in the NSW state competition the remainder.

Why the NSW Platinum League could be a third-tier tournament

There’s something etched in human nature about regularity.

Such as games being played on a regular day and regular time, unlike the chaos of fixtures nowadays.

Uniforms are no different. Uniforms nowadays are going for more of a space look with new materials becoming available.

The reason coach Brad Fittler gave was the opposing team will find them harder to grab and they don’t hold the sweat for players to carry more weight.

Valid points and I’d say there’s an element of revenue collection as well.

The new NSW jersey is a cash grab, pure and simple

I had a dream for a full season format at different levels.

Correlation doesn’t imply causation but if the ground crowd numbers have gone down and the stay at home and watch have gone up then there’s something of a balance.

Though, what that means financially with the potential lost sales of food and drink and merchandise at the ground, I don’t know.

Streaming may be the A-League's future, but is it enough to pay the bills?

Licenses cost around $10 million and it costs around that much to run a club per year.

The A league have delayed announcing the successful applicants and may put licenses to auction and force applicants to engage in a bidding war.

If this is true, it’s just revenue collection and money that could be used by the successful applicants to get started in the league.

There are 8 states in Australia as there are a similar number of football federations listed at Football Federation Australia’s website with structures already in place for a national competition with each state being represented.

For a full season format, there’s a choice of the existing regional model, the state v state model like the national cricket competition, separate state competition with the top teams from each state playing against each other at the end of the year.

There are strengths and weaknesses with each model.

“People who have a clue on how to bring more fans to grounds.”

If there was no live coverage and just tv replays through the week may fix that problem.

I do eat chicken from time to time.

And this is the scenario I face consistently.

The wins in the final, overall, Sydney teams exceed the wins from teams outside Sydney, but the wins individually as say Saints, or Canterbury, Manly, etc. are fractured and there’s a long waiting time whereas united they would probably be whole and frequent.

The A-League’s initial policy believe it or not was to have one club per city but gave way to another in Sydney, and another in Melbourne.

I just think that many teams from one city, and cities missing, harms the credibility. But as they say, can only win against what’s there.

There is the idea of just having a NSW competition and Queensland competition run separately with the top teams from each state, be it 1, 2, 3, 4, playing against each other at the end of the year.

It’s not going to stop me from liking the sport and taking an interest if it stays the same or changes.

It’s entertainment and there’s a team for everybody and rugby league ain’t the only sport in the world. Indeed I think a balanced approach would be to have an interest in different sports and treat them as a sports portfolio. Kind of like investing in an index fund.

Thanks for the memories, Andy. Les, John, and you managed to connect the soul of the game with the fan and as eras pass your legacies won’t be forgotten.

Rest in peace, my friend: A tribute to Les Murray

The geographical model does work in politics to the extent there is one representative to parliament per region.

We all have our level and just because we may lose, it doesn’t mean we have to like it. It does mean there is something to do tomorrow.

Well, it’s not my intention to get my comment count up. Why? Is there a prize?

The remainder of the teams outside of Sydney don’t have the same travel problem?

The cause The Barry.

Getting paid to participate in sport is nothing more than glorified exercise.

People who do should count their blessings for their physical prowess.

Where there’s a winner there’s a loser and if the financial measurement is the success indicator, I’m a loser being on $458 per week disability pension income. In sports talk, I’d be at the bottom of the table.

Also, where do clubs get their players if they have injuries, suspensions, loss of form, which forces them to go outside the maximum 30 squad size during the season?

Hypothetically if there was to be one Sydney team and Adelaide and Perth included and there was no import rule for Australian citizens, what then Barry?

I’m not your boss Adam so it’s not an ask and what I’m saying is cheating does occur and using the golf example is one method.