How to find the Melbourne Cup winner early: Key international races to watch in September

We’ve so far previewed the most important Melbourne Cup lead-up races overseas for June, July and August, and now the whips are really cracking in the races to keep an eye out for in September.

By September, early nominations are known for the Caulfield Cup (2400m) and Melbourne Cup (3200m), and we can start to follow nominated horses through the big races and early handicapper weights. We can hope to judge if they’re a chance, or an also-ran.

I did want to take the chance in the last part of this series to emphasise two key points.

Group 1 form isn’t always Melbourne Cup form
It’s more often than not been the case that Group 2s and below are often actually more useful for Cup followers.

Group 1 winners have often been a cut above and can’t beat the handicapper. It’s a long way to come to know you’ll be topweight.

Plus there’s the little race called the Prix de l’Arc de Triomphe which the Group 1 stayers want to win, even if it’s not the riches of Flemington.

Don’t just follow winners
The other factor is that winners aren’t always grinners. Winning a race might prompt the handicapper to equalise the field and load up that horse with a bigger impost. It’s not always ideal, so that’s why looking at replays and judging runs on their merit – not just who crossed the line first – is key.

With all that in mind, these are the races to watch in September for an emerging Cup prospect:

Group 1 Irish Champion Stakes (2000m) – September 9, Leopardstown
So You Think won this great race back in 2011 and it’s another quality race over a distance that isn’t always suitable for true Cup stayers. Like the Juddmonte in August, it’s not necessarily the winner that matters, but the quality of the field and how any Cup entrants perform in that mix over the shorter classic distance. An interesting form headache goes into and comes out of it!

Listed Enterprise Stakes (nee Kilternan Stakes) (2414m) – September 9, Leopardstown
This race was raised in distance to add it on to Irish Champions Weekend and featured in the formlines last year with Bondi Beach finishing third in the race in a field of five. You’d want your Melbourne Cup change to be going well at that time of year, so it’s worth a look for any entered horses. There are more than a few form experts who suggest Irish Listed staying races such as this one don’t always have good form, so it’s another juicy problem for punters to figure out.

Group 3 September Stakes (2400m) – September 9, Kempton
A few knocks on this race include that it’s run on an all-weather polytrack rather than turf in England. Formlines read ok – Dandino won in 2012 and was fourth in 2014. Sky Hunter, who was 22nd in the 2015 Melbourne Cup, was third in last year’s event. He encouragingly went on to win the Foundation Stakes (2000m) before the plug was pulled by Godolphin on a 2016 Cup effort.

There are certainly better form races, but it’s close to the Cup so a watch for the bolters and those trying to claim their way in.

Group 1 Irish St Leger (2816m) – September 10, Curragh
Winning this race is high-class form, coming right on cue for the Melbourne Cup. Recent winners to have come across include Wicklow Brave (2016), Brown Panther (2014) and Voleuse de Coeurs (2013). Order Of St George, now part-owned by Lloyd Williams, won in 2015 and might be a chance of coming here this year.

Group 2 Doncaster Cup (3,621m) – September 15, Doncaster
The Doncaster Cup is fine staying test on a Friday and there are often a host of spring carnival entrants including Melbourne Cup runners who line up each year, even if they don’t always come out. The Queen’s horse in Estimate won the in 2014 but didn’t make the journey across for the Cup, and neither did the 2015 and 2016 winners.

This one is a bit of a sneaky race – nothing’s come through in awhile but don’t rule it out completely if there are Cup nominated horses in the field.

Group 1 UK St Leger (2932m) – September 16, Doncaster
It would be exaggerating to think that a three-year-old St Leger Stakes winner would jump on a plane to the Melbourne Cup, but it’s certainly a race to watch for future. Bondi Beach lost, won and then lost the world’s oldest classic in 2015, before competing in our big one, after disqualification and then a reversal of that disqualification.

Listed Doonside Cup (2012m) – September 21, Ayr
This race at Ayr, in Scotland, has had some notable winners in recent years. Scottish, the Caulfield Cup runner-up, won it in 2015, with Exospheric (eighth in 2016 in the Cup) in third, and Secret Number won in 2016 on his way to a disappointing Melbourne Cup campaign, where he finished 21st, not enjoying the firm surface which trainer Saeed bin Suroor predicted in the lead-up. 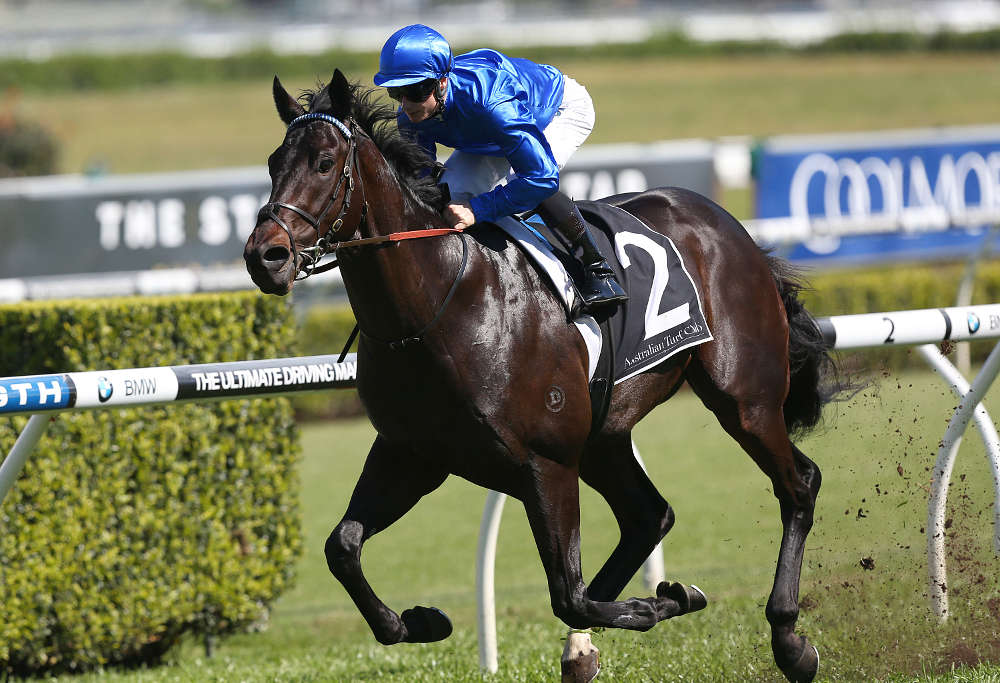 The thing is, at 2012m, it is a bit short, and that meant that while Scottish was in contention for favouritism for the Melbourne Cup, Godolphin didn’t run him due to the 3200m distance. This could be a race to be a little cautious about following through to the Melbourne Cup.

Sankei Sho All Comers (2200m) – September 24, Nakayama
This Japanese Group 2 came to prominence when Curren Mirotic ran in the race before the Cup as his tune-up. He was ninth on unsuitable ground in 2016. Other than that reference last year, the race has rarely been mentioned for Cup form but it’ll gain prominence if there’s nominated Japanese horses in the field.

Group 3 Princess Royal Stakes (2414m) – September 29, Newmarket
This race for fillies and mares, while newly elevated to Group 3, doesn’t often produce Cup contenders, but Beautiful Romance was third here last year for Godolphin, behind the wonderful mare Journey, who won in 2015 as well but is likely set for Group 1s this year.

That it for this series on the overseas races to watch. We’ve tried to take a look at all the races to watch in across winter and the northern hemisphere spring and summer. If you think there’s a good early race that hasn’t been mentioned, do jump into the comments and let us know!