The daughter of a showgirl was a showstopper once again, with Winx creating history and winning her third straight Cox Plate.

There were highlights, there were lowlights, namely the bias. Here is my wrap of the meeting.

Race One: Inglis Banner 1000m
Tempo- Sub 23 first 400m of the race set by Miss Blumenthal, who had market support, but was a beaten horse on the turn. Race was set up for something from behind.

Big Tick- Very good win by Setsuna. Sat wide, albeit with cover, but she surged to the front under riding and when asked for the big effort, she lifted and on the line she was dominant.

Future- The Blinkers significantly improved the Sun Bloodstock runner Grand Challenge. Got back, held up slightly but his last 75m was very good. Good late splits and a race like the Merson Cooper would be perfect.

Tempo- As is the case always with these 955m races, they burn the candle big time to start with and this race was do different, with some blistering early sectionals set by Gee Gees Jet.

Big Tick- I think it’s all credit to the winner Gun Case. 3/4 wide no cover for the trip and yes there were unlucky runners getting held up, but he did the work and fought really hard.

Future- Badajoz was the obvious, but I am all over Thelburg. Was keen on him at Geelong on Wednesday but stable pulled the pin and ran here. He’s run the third quickest final 200m of the race under triple wraps. If placed right, he can win for sure.

Bang! Gun Case too good in the 2nd @TheValley. pic.twitter.com/pPfd9D9aWo

Race Three: Telstra Phoneworlds Stakes 1200m
Tempo- Very slow speed set by the leader/winner Eptimum. Nearly 36 seconds first 600m of the race, so really, and really, when he’s running sub 34 final 600m, nothing from the back had a hope.

Big Tick- Single Bullet looked a bit lost around the Valley last time but I liked the way he knuckled down late and was sound to the line and through it. Not sure where he goes now, but he’s just racing very well.

Future- Keep an eye on Surjin. Yep, beaten 12 lengths, but has clocked the fastest final 200m of the race, and he was charging through the line. 1200m is short of his best, so up in trip, he could surprise.

Too Easy! Eptimum flies away for a soft win in the 3rd. pic.twitter.com/x2bx9co5Ay

Race Four: Ladbrokes Crockett Stakes 1200m
Tempo- First hint of the bias. 34.21 first 600m set by leader/winner Blondie, who went very hard to hold the lead and fend off Demerara for the lead. Demerara had to sit back and conserve energy.

Big Tick- Demerara, on face value, was disappointing. But first look at the Valley, first look at Melbourne and she just got lost on the turn when seemingly looking to be bolting. She will be much better for that.

Future- If you backed Jorda, don’t watch the replay down below. Bowman rode for the bias, hoping to get inside runs, but it just didn’t happen for him on the filly and it was an ugly watch. Still second quickest final 200m of the race.

Blondie goes all the way to take out the 4th event @TheValley. pic.twitter.com/LlRdUv4tyQ

Race Five: Powerflo Solutions Stakes 1600m
Tempo- Bias clearly evident after this race. First 1000m in a tick over 59, which is a very fast tempo, so really, every other horse had their chance to run her down.

Big Tick- Yes, helped by the bias, but Lubiton ran some really slick splits and was there to be run down, but she was strong on the line and was comfortably holding them at bay.

Future- Consommateur has Matriarch written all over her. Clocked the fastest last 800/600/400 of the race before getting held up last furlong when building that momentum. Flemington 2000m in a fortnight will be perfect.

Race Six: McCafe Moonee Valley Gold Cup 2500m
Tempo- This was a farcically run affair. First 1000m was run in around 1.13. There is such thing as too slow and that is what Baster did on Cismontane. That’s why he clung on for third.

Big Tick- He’s a beauty, Who Shot Thebarman. Got going a fair way out due to the tempo and that is what won the race for the greybeard, who is now a definite starter in the Melbourne Cup. Lovely ride.

Future- Not much of a future for this bunch I dare say. Was really keen on Big Duke. Handing up probably not ideal but can understand why he did. A Melbourne Cup chance? Nah. 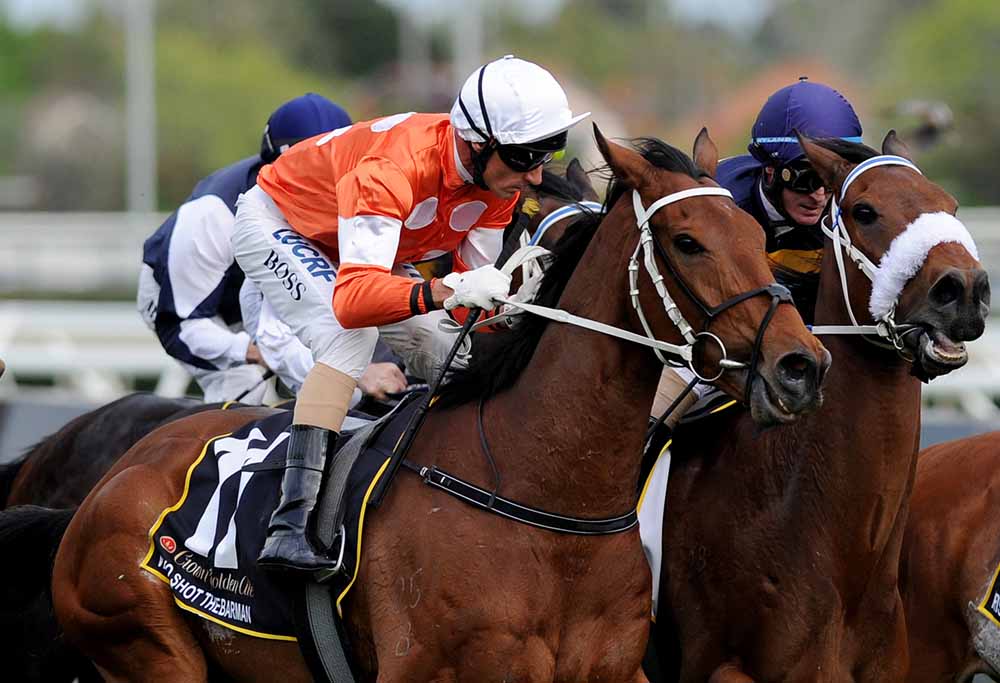 Race Seven: italktravel Fillies Classic 1600m
Tempo- Visually they looked to be going quick but just a tick under 49 for the first 800m set by Mintha. Very hard to figure out what happened here re: her and the speed.

Big Tick- I’ll Have A Bit was very good. Pulled her head off mid race and spent a lot of petrol tickets trying to relax. Somehow built momentum and charged to just miss.

Future- Touch Of Mink the clear follow here. Took off mid race and her splits were brutal, running the fastest splits between the 1200m-200m. Just bottomed out the final furlong. Back to 1400m she’ll be hard to beat.

BANISH comes with a booming run to claim the italktravel Fillies Classic. pic.twitter.com/WXOzoAjkYO

Race Eight: Schweppes Crystal Mile 1600m
Tempo- Burning Front and Religify went warp speed here with a sub 47 first 800m with that early burn between he and Burning Front setting up that tempo for those behind.

Big Tick- Religify did a really good job to fight like he did given the pressure he copped on speed. Gave a really good kick and looked a fleeting winning chance until you saw Lucky Hussler jogging.

Future- Outclassed, but dropping back in grade, Wyndspelle can go close next time. Just got caught in the worst ground but made up okay ground. He’s one for a 1400m Handicap.

Race Nine: Ladbrokes Cox Plate 2040m
Tempo- Gailo Chop didn’t appear to go very hard on speed and the times backed that up. Just adds merit to the win of the champion mare that is Winx.

Big Tick- Humidor…it’s amazing what can happen in seven days. Horrible in the Caulfield Cup, albeit ridden upside down, but ridden cold, he nearly was the party pooper. Amazing run, unbelievable ride.

Future- Folkswood will strongly challenge Hartnell for the Emirates. His form from overseas was very good and he ran right up to that. Third up at Flemington 2000m will be perfect.

Race Ten: Drummond Golf Vase 2040m
Tempo- Wasn’t really a break neck tempo set by Cliff’s Edge. Just a good, even speed, allowed to do his own thing in front, much like last week in the Caulfield Classic.

Big Tick- It’s all about Aloisia. Absolutely spanked them and thankfully Nolen took full advantage of the inside gate to stalk Cliff’s Edge all the way. She’ll be winning the Oaks.

Future- Vin De Dance came off the bit a long way out when Cliff’s Edge sprinted. Was never a winning threat, but he stuck on really well and was good through the line. Certainly a pass mark for the Derby.