Sydney's tracks are simply not up to Group 1 standard

Sydney racing has a major problem and something needs to be done quickly to address the issue.

The surfaces that have been thrown up at Sydney’s Saturday meetings in the past month have been nothing short of disgraceful.

Rosehill Gardens, in particular, wouldn’t be fit to have cattle graze on it, let alone host some of the world’s best racehorses.

Randwick is only marginally better.

It’s one thing to get rain and to have horses chop the tracks up. That’s understandable. But it’s another to have tracks race unevenly and become somewhat ‘sticky’, creating havoc for punters trying to find a winner.

Melbourne tracks are not perfect. There have been issues in the past down south, but more often than not, the tracks drain well and present well.

If a track is soft or heavy, it won’t chop out anywhere near as much as what we have seen at Rosehill and Randwick.

If anything, the Melbourne tracks can drain a little too well.

We are just over a month away from the richest thoroughbred race in Australian history and I fear The Everest will be more of a sideshow if the Randwick curators can’t offer up a decent surface.

That will obviously depend on how much rain falls between now and then, but considering Sydney didn’t get much rain in winter, the quality of the tracks are simply not good enough at the moment.

Soothing a future Group 1 contender
Despite the goat track at Rosehill, Godolphin mare Soothing showed her class with a gutsy win in the second last on Saturday.

Tipped here by me on Friday, I was concerned the track would be her undoing and when she drifted from $2.20 to $3.20 I was convinced she would lose.

Even in running I thought she had no chance after being caught three-wide the trip. But credit to jockey James McDonald, who kept her balanced the whole way.

McDonald said after the race he thought Soothing could be a “stakes-class mare”, but I think she could be even better than that.

“She is as tough as they come, she is a little ripper,” he said.
“She is better on top of the ground as she showed at Randwick but she is very versatile and that will take her a long way.”

I personally wouldn’t be surprised if she is a future Group 1 performer. The daughter on Lonhro has improved over time and is finally starting to hit her peak.

Nature Strip burns the Valley track
I called this as well. I said Nature Strip would go close to setting a new track record at Moonee Valley and the Darren Weir-trained gelding did just that.

It wasn’t as visually impressive as other wins, as the talented sprinter only beat Houtzen by a nose, but the clock doesn’t lie.

Unsurprisingly, there were a lot of naysayers about Nature Strip’s win on social media, but I thought it was a bloody gutsy win.

Firstly, Mark Zahra had to use him up early out of the gates to avoid being caught on the fence. They ran a blistering 10.1 seconds from the 800m to the 600m.

Meanwhile, Houtzen, who is a quality sprinter in her own right, sat off him and got the suck run and still couldn’t run him down.

I obviously don’t have a slot in The Everest, but if I did I would be giving it to Nature Strip.

He might not win it, but he’s good enough to run a place and, if they throw up an ordinary track like they are known for in Sydney, it might not suit horses that sit off the pace.

Weir himself thought it was a good run.

“Probably from our point of view, I guess the speed that they went, he was going to be found wanting just a smidgen late because he probably just needed it (the run),” Weir said.

“He needed it going at that speed. That will bring him on great. The second horse (Houtzen) is a great horse.

“There’ll be people querying the 1200m but with that under his belt and with another solid run in the Moir (Stakes), I think we’ll be right.

“Normally, we wouldn’t rev horses out of the barrier like that but if he didn’t use his barrier and go hard and got in behind them, then it becomes messy.

“We wanted to make it simple; use the barrier to try to lead, and he did that. 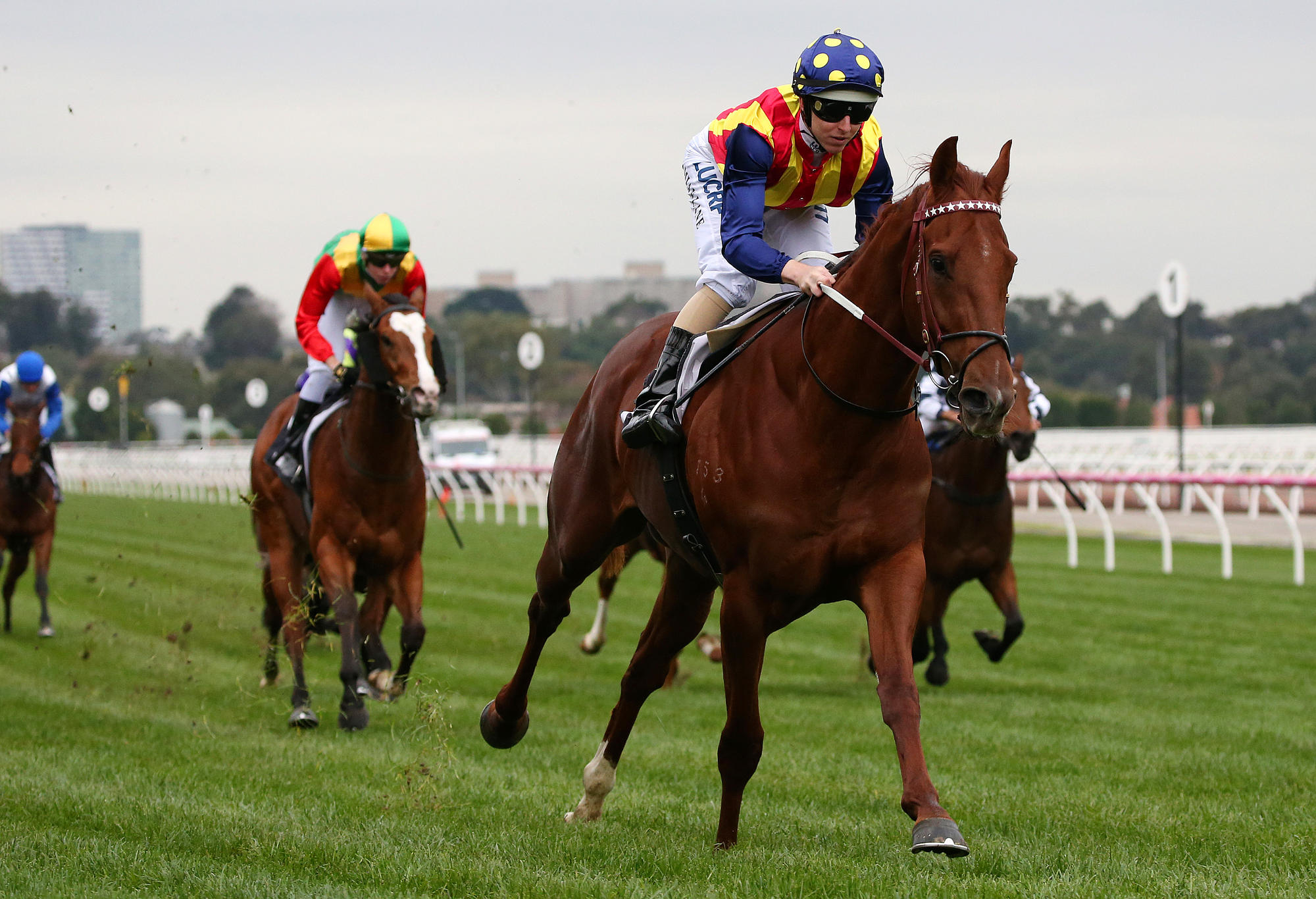 Home Of The Brave’s win in the Group 2 Theo Marks Stakes (1300m) on Saturday, beating former Everest favourite Trapeze Artist, surely has him in the mix.

“I spoke to (trainer) James (Cummings) prior to the race and he said if Home Of The Brave does happen to perform well today and be convincing, he was probably thinking something like the Sir Rupert Clarke Stakes,” Beadman said.

“He is a horse who runs with purpose so a race like that (Everest) would be suitable; so James has options.”

“For the majority of the race, I just tried to keep him happy without trying to fight him too much, but without letting him run too hard.

“His foot is always on the accelerator. He wants to go but he’s got ability to go with it, which is great.”

“A couple of times in the straight, I thought he was going to get there but he probably peaked about 75m out which you would expect,” Ryan said.

“He pulled up a bit big and will improve. The plan is to go to the Premiere Stakes in three weeks then it is two weeks into The Everest.”

“I was happy with the way he relaxed underneath me and he came into the race on the turn feeling great,” he said.

“But when I asked him to quicken, the wheels spun a little bit. The heavy track is not his go so it was a really good run.”

How we went
We’re back! It was lovely when the first bet of the day saluted at big odds. As predicted, Linda Meech gave Tavirun a peach of a ride in the third at Moonee Valley, guiding the $20 shot to victory with a brilliant front-running effort. Then our best bet of the day Soothing won at better-than-expected odds.

It was lovely to extend the profit margin after a couple of tough weeks.