Australia's sprinting ranks at their lowest ebb this century

Australia’s sprinting ranks are in serious trouble – more trouble than they’ve been in for a long time.

For a nation that prides itself on producing world-class speed horses, we are not cutting the mustard.

The Group 1 sprints in Adelaide and Brisbane have been nothing short of disgraceful and there have been better open company sprints at Flemington on a regular Saturday.

The fact that New Zealand raider The Bostonian has pulled our pants down in not one but two Brisbane Group 1 sprints says it all.

I’m not bagging The Bostonian. He’s a lovely horse. But if he’s winning back-to-back Group 1 sprints in Australia then we have a serious problem in the depth of our sprinting ranks.

Historically, New Zealand sprinters have been a class below Australia’s, so a 1200m Kiwi horse would have to be very good to be winning at the elite level across the ditch.

The problem is that The Bostonian is not elite on his home turf. He’s good, but not great. 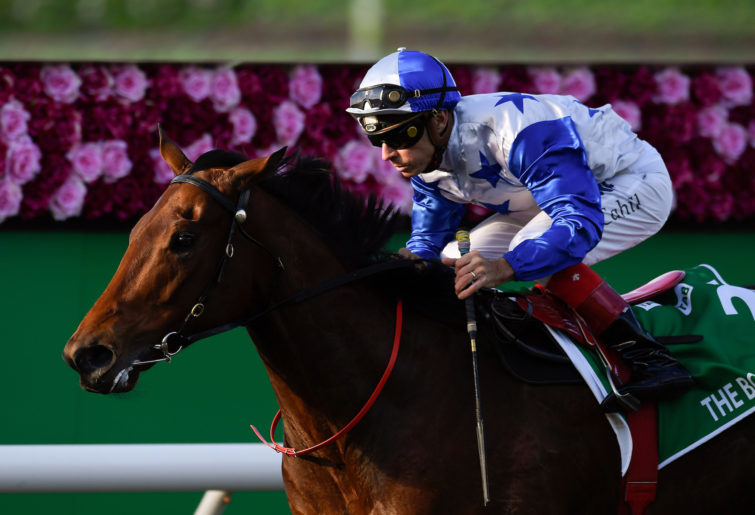 A kiwi horse like The Bostonian shouldn’t be dominating Group 1 races across the ditch. (AAP Image/Albert Perez)

The line-up for Saturday’ Group 1 Stradbroke Handicap (1400m) is pitiful, to be blunt.

A $1.5 million race should be able to attract at least two or three gun sprinters, even in the off-season, but this is the bare bones of our sprinting ranks.

The fact that Tyzone is the third favourite to win the race says plenty about the lack of depth in both the Stradbroke and our short course horses.

Tyzone is a favourite of mine, too. He’s a Far North Queensland horse owned by a Cairns millionaire and showed his class up there before heading to the big smoke.

But nothing about his form suggests he should be third favourite in a Group 1 race, even in a handicap.

He was excellent when winning the BRC Sprint over 1350m at Doomben last month when given a peach of a ride by Blake Shinn, which made up for the howler Shinn rode in Sydney in April when on Tyzone in a Group 3 at Randwick.

But that’s his level. He’s a Group 3 horse who should be competitive in some Group 2 races in the spring.

Make no mistake, Tyzone is an excellent chance in the Stradbroke on Saturday. He’s well weighted, has drawn a good barrier for his style of racing and the competition is poor.

However, it is a blight on racing that he could be a Group 1 winner on Saturday night.

The root of Australia’s problem is that there are too many Group 1 races on the calendar.

Of course, there have always been harder and more prestigious Group 1 races, but these days it’s almost like under-eights football where every good horse gets a trophy.

Racing’s biggest problem is that it has very few grand final races where you see the best of the best go head to head.

Apart from that, there are very few races that the best horses target at the same time.

The best way to create more great races is to limit the elite prize money and amount of Group 1 races. If you have a nice horse and want to win a Group 1 then you have to beat other good horses.

We have been blessed in the last 15 years with the likes of Black Caviar and Winx, but a horse like Hay List would have just knocked up wins in this current era.

The fact that Santa Ana Lane is our top rated sprinter says it all. He’s a nice horse but he’s no star.

Santa Ana Lane made his rivals look legless in the TJ Smith, but had he tried to chase down Hay List, he would have had a heavyweight fight on his hands.

I’m not trying to take away Group 1 races from Brisbane and Adelaide. Those jurisdictions deserve elite races.

But those fat cats in Melbourne and Sydney – no doubt influenced by major breeders and owners – have ruined it by continually upgrading races.

Why would you target a Goodwood or a Stradbroke when you can just stay in Melbourne or Sydney and win a weak Group 1 there?

It’s great news for connections of The Bostonian or Tyzone, who will get their chance to win a $1.5 million race on Saturday, but it’s bad news if you’re heading to Eagle Farm and want to see a champion in the flesh.