When the Cincinnati Bengals took Joe Burrow with the first pick of the 2020 draft he was seen to be the man to save the franchise, the one to lead them for the next decade and the man to win multiple Super Bowls.

After his incredible college season last year, hopes were high and he has not disappointed. He has shown us exactly why he was the number one pick. It is no secret that the Bengals are a team in progress but week in and week out Burrow has shown that he has the talent to lead this team to a Super Bowl.

Looking at his stats so far this season, the Bengals currently sit at 2-5-1 and Burrow has had his ups and downs as all rookies do. So far Joe has 11 TDs and five INTs as well as three rushing touchdowns and has a 67 per cent completion percentage. In three of his eight games, he has completed over 70 per cent of his passes, which is incredible for a rookie.

Add to that his 59.9 QBR, which on a scale from 1-100 ranks him around the middle of the pack. There is no shame in that halfway through his first NFL season.

His two wins have been over the Titans and the Jaguars while he has also had close losses to Cleveland and Indianapolis along with a tie against Philadelphia. Overall, you can be nothing but impressed with this young man and the way he plays.

From his arm talent and pocket awareness to the ability to use his legs and his toughness, there is no doubt in my mind at least that he is the future of this franchise going forward. Like any quarterback in the league, however, he will need some pieces around him to get to where he wants to be.

Joe Mixon and Giovani Bernard are both capable backs and the receiving core is competent as well. Currently, Tyler Boyd (584 yards) leads the team with Pro Bowler AJ Green third on the team for yards after having a difficult start to the year. If Green can get back to his Pro Bowl form, then it will help Burrow immensely.

The offensive line will need an upgrade as well. Burrow has been sacked 28 times so far this season with seven of them coming in a 27-3 loss to the Ravens, as well as eight sacks against the Eagles.

It is paramount that he gets the protection he needs so that he can be healthy enough to be in the league to eventually get that Super Bowl.

The 31-20 victory over the Titans last time out was perhaps one of Burrow’s better games. Going 26/37 for 249 yards with two touchdowns and no picks along with a 106.7 QB rating and he was not sacked at all, suggesting to me that he is slowly finding his feet in the league.

Now being a rookie there will no doubt that there will be ups and downs during the year, so it is important not to put too many expectations on his young shoulders just yet. However, the signs are promising as he has already won as many games in his eight starts as what the Bengals did for the whole of last year.

After years of mediocrity as a franchise, they are finally heading in the right direction. As for their fanbase, it is time to get excited because there is no doubt that they have finally found their saviour in Joe Burrow. 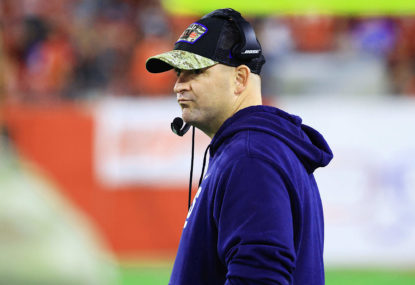 The Cincinnati Bengals just keep ending NFL post-season droughts, and their latest victory has them in their first AFC championship game in 33 years.

On April 23, the Cincinnati Bengals drafted Joe Burrow with the first overall pick in the 2020 NFL draft. Many saw this coming, as many experts had this in their mock drafts since day one.

The Cincinnati Bengals continue to stink of death

Trying to talk about the worst-run organisation in the NFL is difficult and at the same time fine. 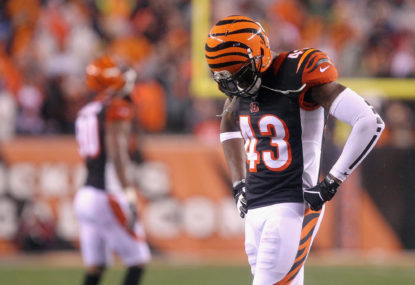 The Cincinnati Bengals continue to stink of death