Now it’s Moonee Valley’s turn to be front and centre, kicking off their night racing season with the Moir Stakes, a 1000m weight-for-age race. It’s the first pure sprint race of the season at the highest level.

It’s quite an eclectic field that’s been assembled. A number of our gun sprinters ran in the Shorts at Randwick last week, and these are the next rung below. It looks an even and competitive betting race, and any number of compelling storylines could come out of it.

A three-year-old colt, Profiteer, heads the market, and it’s a big ask for punters to step into a favourite when he hasn’t run since he was two. There is precedent here, as there has been two three-year-olds win the Moir since it became both a Group 1 and a 1000m race in 2015 – Extreme Choice and She Will Reign.

Both were first-up after having had a Golden Slipper campaign in the autumn, and Extreme Choice was trained by Mick Price, who also handles Profiteer. Profiteer is a real speed machine, and there’s something to be said for him zipping around the Valley from the front with 52 kgs on his back, off and gone and too hard to catch – if he can avoid too much pressure.

Ballistic Lover is the horse most likely to be eyeballing Profiteer, and don’t Joe Pride-trained horses love doing that – he’s had much success with Eduardo against Nature Strip in this fashion. 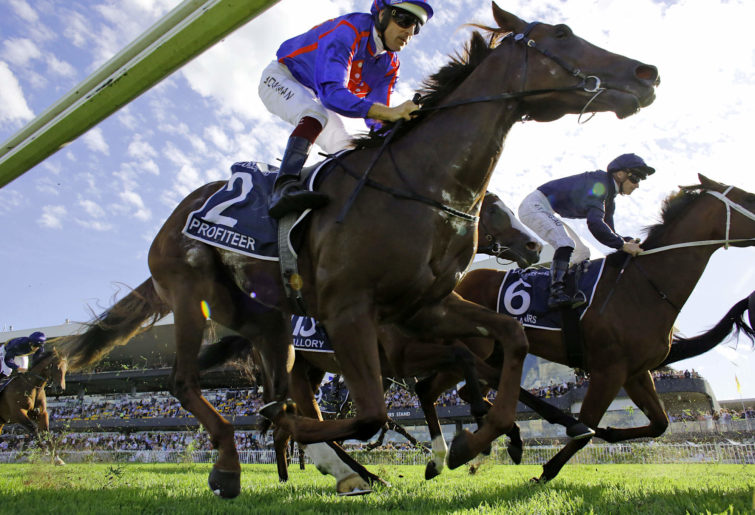 She put away a handy field at this track and distance last start, and hasn’t reached her ceiling yet. She’ll need to improve though, given she’d be getting 5 kgs or more of a lot of this opposition in a handicap.

Miss Albania was three lengths behind Ballistic Lover last start after missing the start and settling back. She’d prefer to be up there asking the question though, so what her, Ballistic Lover and Profiteer do when fighting for the lead will dictate how this race plays out.

The McEwen Stakes three weeks ago is a key lead-up race here. The Inferno, Portland Sky and September Run ran the trifecta there, all have class, and are chances here.

The Inferno’s win was a blazing one, sweeping past the other two (both Group 1 winners in their own right) with arrogance and contempt. It was hard to line-up his Singapore form, followed by a plain run first-up when he was unfit.

He’s drawn to get a beautiful run and with the expected speed he’ll be strong late. The niggle is whether he’d prefer 1200m instead of 1000m now, but you can mark him down for The Everest if he wins here. He deserves to be getting a slot anyway, and would run top half no worries at all.

Portland Sky is an Oakleigh Plate winner, and split Masked Crusader and Libertini in the William Reid here back in March. That’s Everest form, and he loves the Valley. More was expected from him first-up when he had every chance but got windburn from The Inferno, and he will also riding a hot tempo here. The jury’s out. 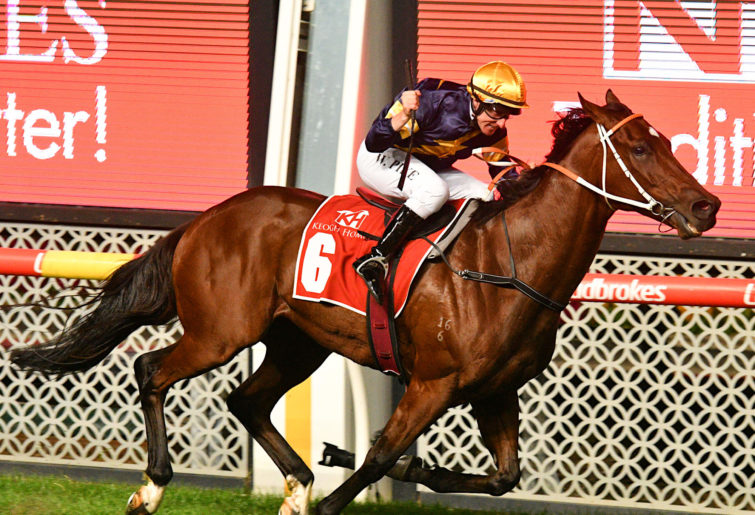 September Run is a gun Flemington straight horse, but she keeps finding herself at the Valley because that’s where the most suitable scale of races for her are. She oozes talent, but savours one clean run more than most and barrier one is a concern for her on this tight track.

Swats That was a bitter rival of September Run’s in their three-year-old season, and they face off at four for the first time here. The scoreline was 4-1 September Run’s way with rarely more than a length or so between them. If Swat’s That has matured, she can turn the tables and barrier nine gives her every chance to have an uninterrupted run too.

Trekking is the warhorse of Australian sprinters, a Group 1 winner in Queensland and SA, and twice finished top four in The Everest. He ran second in this race last year, and has run some bottlers at the Valley without winning. The question is whether at seven he is quite the horse he was, but in the last 12 months he’s finished between second and fifth in all eight races, six of them at the highest level. Has to be in the game.

Wild Ruler finished second, just in front of Trekking last time out, when Nature Strip put them to the sword in the Concorde. He looks unlikely to be up to that level, but this is certainly more his sort of race if he’s going to crack a Group 1.

His only run in Melbourne was a third in the Coolmore behind September Run and Swats That, so he’s never been around a turn left-handed. The box seat run is his from gate four as the speed unfolds from the first three.

Brooklyn Hustle has one of the most electric turns of foot of any horse in the country, and strikes this race first-up after racing in Brisbane over winter. She ran a dazzling fourth in this race last year, the first of six Group 1 races in a row that she contested. A drop back in grade after that saw her have a couple of wins and she’s back as a more mature five year old mare now. She can have last crack, and is good enough to win.

Shaquero is the second three-year-old in the field, although far less fancied than Profiteer. He was seen as among the second tier two-year-olds last season, and he was a couple of lengths behind Profiteer in the Slipper. He is another that should push forward given the light weight, and we’ll see how well he’s come back.

It’s going to be on early, and it’s a matter of how the first three, four or five runners settle while setting the tempo. Any number of scenario’s could play out, but it’s going to be a whole lot of fun.

There are a number of good races on the card to support the Moir.

The Stocks Stakes is always a good form race for mares, and this field looks impossibly even. You’d want to be coming home wide in the quaddie.

The JRA Cup also looks like a competitive affair, and has been known to throw up a rough result over the years. Don’t be afraid to have a go if you like something at big odds.

The Stutt Stakes for three-year-olds can give us a bit more information about this group. Can someone put themselves forward for the Caulfield Guineas, or stamp themselves as a Derby contender? Forgot You might be one for the latter, and can take this out along the way.

Group 1 racing at Moonee Valley on Friday, followed by the Underwood at Sandown, the Golden Rose at Rosehill, and then the AFL grand final. Plenty of good punting to be had.