A mug punter’s guide to the Melbourne Cup

If you want to base your selection on the cold hard statistics of previous Melbourne Cup winners, here’s a guide.

Handicap
54.5kg is the weight that has provided the most winners over the years. The early favourite is Yucatan and the well-fancied Avilius will carry that weight this year. Both are five-year-olds.

Since 2000, only three horses have won the Melbourne Cup carrying 56kg or more. Three of the 24 horses will carry 56kg or more in the 2018 race – Best Solution, The Cliffsofmoher and Magic Circle, who are all attracting plenty of money in the early betting.

Saddlecloth
Numbers four and 12 have won the race more times than any other (11 times each). In 2018, that’s five-year-old chestnut Coat (four) and Auvray (12). Chestnut Coat is being well-backed so far.

Jockeys
The most successful Melbourne Cup-winning jockey in this year’s field is Damien Oliver, who has won the race three times. He’s riding outsider Red Cardinal this year.

Both Corey Brown and Kerrin McEvoy have won the race twice.

Brown will be trying to go back-to-back on Magic Circle after winning his second Melbourne Cup on four-year-old Rekindling last year.

McEvoy will saddle up on four-year-old Cross Counter who is attracting plenty of punter interest. McEvoy’s most recent win in the Cup was on Almandin in 2016.

But if you’re superstitious, barrier 5 is the most successful in Melbourne Cup history. It last provided a winner in 2013 with Fiorente when Damian Oliver was in the saddle for his third win in the big race.

Oliver has drawn barrier 5 again this year with Red Cardinal. 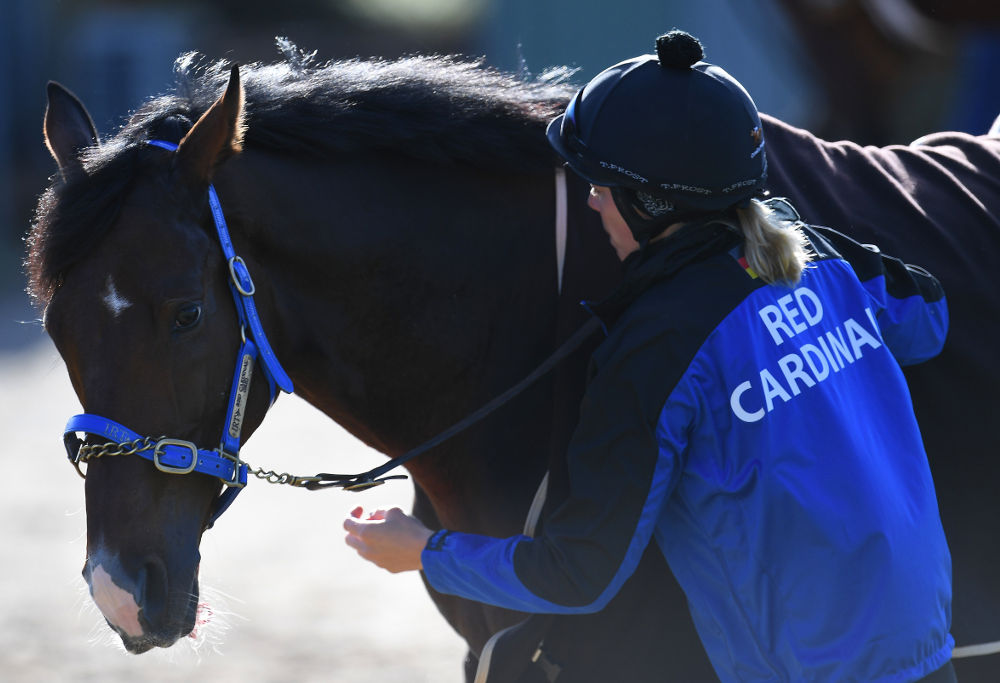 Barrier 18 has never won the race. Who Shot the Barman has that barrier this year.

The wash-up
Based on the stats, the ‘sure thing’ in the 2018 field would be a four or five-year-old that is carrying 54.5kg, has drawn barrier 5, has saddlecloth four or 12, and is being ridden by Damien Oliver, Corey Brown or Kerrin McEvoy.

Naturally, there isn’t a horse with all those characteristics in the race.

The one that comes the closest to all of them is Red Cardinal. He’s carrying 54kg, will start from barrier 5 with saddlecloth 14, and will be ridden by Damien Oliver.

But Red Cardinal is seven-years-old and not well-fancied in the early betting.

Maybe you should just go with your gut and pick a horse’s name that you like instead.

Who is your tip for the big race?

There are two meetings to look at on Friday, with my focus at Mildura and Shepparton.

Two meetings to look at on Thursday, with Penrith and Redcliffe getting my attention. Down below are your best bets for the respective programs.

There are two meetings to look at on Wednesday night, with my focus on Bathurst and Redcliffe.

There are two meetings to look at on Tuesday, with my attention at Menangle and Albion Park.

Sydney racing moves back to Randwick on Saturday.

June started well for us with a nice little profit last week. We head to Randwick this Saturday to be greeted by a wet winter track and some nice big fields.