Racing this Easter Saturday comes to us from Randwick, where the Group One Champagne Stakes for the two-year-olds and the Group One All Aged Stakes are the highlights on the card.

As per usual, I will be running you through my thoughts on the quaddie. Let’s get stuck into it.

First leg: Moet & Chandon Champagne Stakes Group One 1600 metres
1 Castelvecchio is a two-time winner already and has placed twice in some good races, both won by a smart horse in Microphone. His breeding suggests a step up in trip will suit.

2 Power Scheme stepped up to 1600 metres here last week and got the chocolates in a race that had a bit of drama in it. On the quick back-up so this son of Fiorente should be fit and ready to run a good race.

4 Fortress Command gets back to a dry track here which he has won two races on. Last start he battled on okay on the heavy behind Bellevue Hill where he finished third on that occasion. Has had a nice trial leading into this.

9 Loving Gaby has outstanding ability and has ran some very good races. That’s why she comes up as the favourite here. Last start she wasn’t that far off Microphone, finishing second on that occasion. The step up in trip will suit her.

10 Lady Lupino’s form doesn’t look the greatest on paper, but she does have two wins on the board and last start she defeated the boom youngster in Chenier where she led all of the way on that occasion and nobody could run her down and she just kept finding. If she is able to get an easy lead like that and dictate the race she might prove too hard to run down. 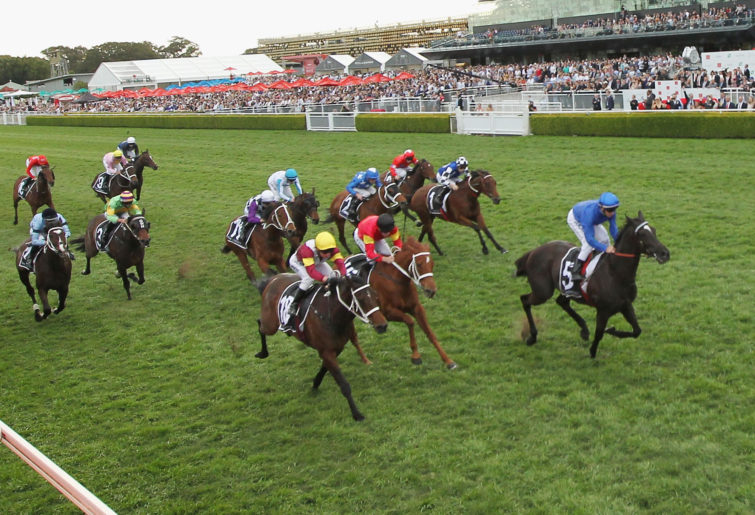 Second leg: Schweppes All Aged Stakes Group One 1400 metres
2 Osborne Bulls gets back to a drier track here which is a big tick. Such a consistent horse as he has shown this preparation, finishing second in three group one races. Gets out to the 1400 metres, which will suit, and has run well at this distance in the past. Gets Hugh Bowman on here which is a big plus.

3 Pierata is another horse who will appreciate getting back on to a drier track here. He’s fourth up here and should be fit and ready to go. Last start he finished fifth behind Santa Ana Lane in what was a quality field. I like the step up to 1400 metres here.

6 D’Bai is an import from the Charlie Appleby yard who is coming off an 86-day spell leading into this. Last start he was winner over the 1400 metres in good fashion. After missing the money with the favourite in the Sydney Cup last week, they will be looking to bounce back with this runner and they usually have good success when bringing horses over.

Third leg: TAB Hall Mark Stakes Group Three 1200 metres
2 Home Of The Brave resumes here and this is a gelding with plenty of ability as we have seen overseas and here in Australia. Has a super first up record. He is coming off a 210-day spell but has had two nice trials to get ready for this. Strikes the right race here and looks one of the good things of the day. James McDonald on is a big tick.

Last leg: JCDecaux Handicap 1400 metres BM100
4 Flow has had a few runs this preparation and is a pretty useful horse on his day. Has been mixing his form a bit but back a notch in grade so wouldn’t surprise if he can break through.

5 Snitzson was somewhat back to his best form last start where he finished fifth behind Naantali where he was only beaten by 2.3 lengths. If he can replicate that he can figure in the finish.

6 Seaway finally gets back to a drier track where he goes pretty well. He didn’t handle the heavy track last time out behind Fifty Stars. Has the talent so look for him to bounce back.

8 Take It Intern is first up here and has a pretty decent first up record. Has had a few trials leading into this so should be ready to go. Will appreciate the dry track.

14 Sweet Scandal comes back in grade after a few runs in group company where she was competitive and not beaten all that far at all. Has had a trial to keep her ticking over leading into this. Should run a nice race.

16 Star Of The Seas is flying this preparation with two wins and two seconds next to his name and he is building a nice little record. Only had the eight starts for four wins and four placings and won two in a row leading into this. Handles all ground.

17 Mahalangur is third up here and ready to go. Has had two runs this preparation, finishing behind Star Of The Seas both times, but had no luck last time out. Could turn the tables if he gets any luck.