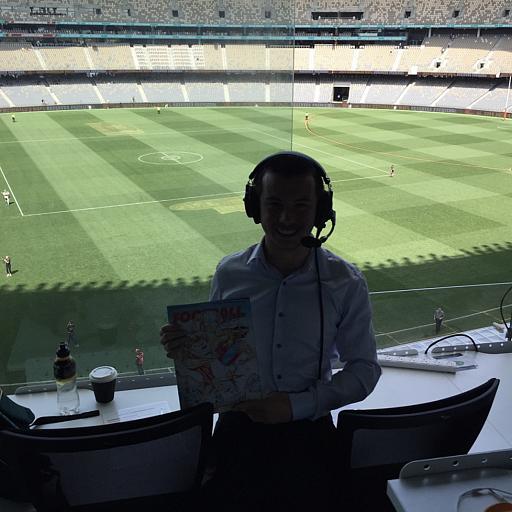 Appeared on the Footy Show as some obnoixious kid who knew a bit about the Dockers, since then my journalism career has followed the same trajectory as the show that first spotlighted me. Youngest WAFL commentator at league level (16 years), who just wants one of his teams to win a trophy.

Australia were the Test team to beat for the majority of the 2000s.

Perth’s media has an unrelenting obsession with the turmoil and tribulation of one of the state’s finest footballing products. 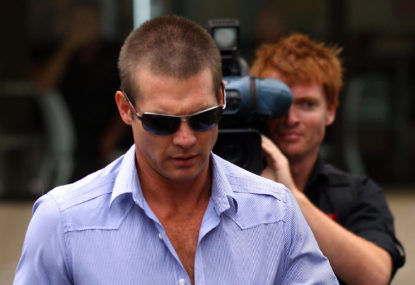 Steve Smith’s heroics at Edgbaston will no doubt go down as one of the greatest individual efforts by an Australian in an Ashes test. It reminded me of another scintillating solo performance – Glenn McGrath’s demolition of the English batsmen at Lord’s in 2005.

When Champion Data released their elite players list for 2019, I smiled from ear to ear.

Imagine if history left Steven Gerrard behind because he never lifted a Premier League trophy or Patrick Ewing because he could never quite drag that horrendous Knicks roster to a ring. 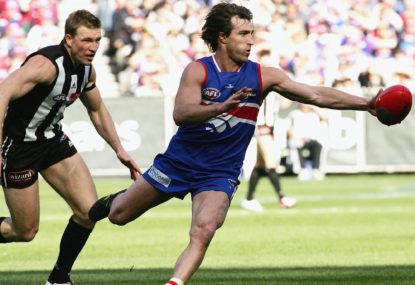 Guess I’m new enough here to have fallen victim to that, at least the neutrals didn’t mind it.

I hope Essendon send the 90s decision makers a Christmas card every year.

Well Jonboy if that’s the case I’m glad to hear he’s doing better mentally and hopefully he can find a work life balance required when being a professional athlete.

I can’t speak for the exact reason why Hogan was brought in, but we did need a key forward who had shown quality and he wanted a return to WA, so at that time it made sense. Were his off field issues known? Yes. In my opinion, have these off field issues gotten worse since his return to WA? Yes. There’s no statistical data to back this up for me obviously, but through both verified and unverified sources Hogan has not been conducting himself to a standard becoming of an AFL player. If you gave me the choice of Hogan or the draft, at the time I was happy with Hogan, but hindsight is a wonderful thing.

“Hogan and Wilson are obvious winners”. Maybe it’s a Pavlich hangover, but I don’t think anyone can truthfully say Hogan was a win. In 2019, Hogan played twelve games for the Dockers, kicking thirteen goals. In the interest of fairness, I’ll compare that only to 2017, where he managed 10 games for Melbourne. Despite playing two less games, he kicked seven more goals, going at an even 2 goals per game against 1.08 goals per game last year. Across four seasons at Melbourne, Hogan represented the club 71 times, scoring 152 times at an average of 2.14 goals a game, exactly double his Fremantle total. Statistically only, while completely ignoring the off field dramas, Hogan is not an “obvious win”.

Sturt is one I’m genuinely excited about for 2020.

I always rated Robbie Warnock, shame it never really worked out for him with us but he was one of the nicest and most down to earth players I’ve met.

Was there fundamental improvement in year two for Brayshaw though? Like it or not AFL is a cutthroat industry and Freo especially don’t have time to wait around. This is a big year for Brayshaw, I wouldn’t say he is under pressure, but he needs to show meaningful improvement.

If time froze at 2015 Ross probably would’ve gone down as a club legend, nobody can dispute 2012-2015 was the strongest period the club has ever had.

Missing out on King is for sure a blow, I personally have accepted Hogan won’t take to the field this year and that we need to find a way to make a forward line that if we are honest with ourselves is in the bottom third of the competition fire.

Even Dylan Roberton, who had all the ability of a deodorant can at Fremantle, turned into a handy player for the Saints.

Brayshaw I like but I’m concerned he has hit his ceiling. Cerra from all reports looks set for a big year so I’m really keen for him to hit his stride. There’s promise in this list, the question is can an unproven coach extract the obvious talent available to him?

That’s very true Col but I have to say Freo have never gotten it right. The 25 year rebuild rolls on.

Hey Johnno thanks for taking the time to comment. I can’t say, no matter how much I want to, that we won the Croad trade. McPharlin is one of my favourite Dockers of all time but conventional wisdom says we could’ve got him for so much less due to his injury problems. Happy to be corrected on this but I understand Silvia’s wages were quite high when he was under contract with us. Kersten was unlucky to be here compared to some of the others but still let us down.

100% Josh, I can’t recall any whispers of Neale wanting out pre Kersten so take that how you will.

Hogan’s inclusion was a tough one and I swapped him and McCarthy about six times.

It boils down to the specific criteria I’ve outlined, Hogan was a massive frustrastion last year, being served club imposed alcohol related suspensions, showing disinterest on the field and constantly turning up in the media for all the wrong reasons.

I don’t enjoy kicking people while they are down but at the end of the day I want my content to reflect facts and structured analysis rather than my own personal bias.

In terms of trades purely for players, we have a pretty poor record. McPharlin was a great steal but gets tainted because it was part of the Croad trade. At least there was one trade that genuinely worked out in Hamling, one of our top players and he will be a huge miss for the start of the season.

Really good first article, I personally love these types of reflections and this is a really good one.

Since 2010 though? That’s the criteria I’m focusing on and generally all our openers apart from Warner have been unspectacular but Marsh has been lucky to play as much as he has.

Yeah but appearing as 12th man 19 times is an awkward number to be stuck on, rounding him off with 20 seems too perfect so I’ll strand him on 19.

A strike rate of nearly a run a ball isn’t that bad is it? If it was something like 50 fair enough but if 87 is the worst you have in a team on any given day you’re doing a pretty good job. Fair enough he’s not a rapid scorer but putting that loss on him seems a bit of a reach to me.

I’m not a huge fan of Watson but if you gave me the choice of him or Mitch Marsh I’d probably rip your arm off in the handshake.

I knew next to nothing about Herath until he debuted, I really feel for him because he was a gun.

Not the biggest fan of Katich I take it?

While I don’t think Clarke was our best tactician he wouldn’t be our worst, if he was that bad tactically he would’ve been quickly replaced. He’s certainly better or comparable with most 21st century English captains.