When Bob Hawke tipped me the Epsom

Matt Cleary
Expert
17th May, 2019
9
Join the conversation
Advertisement
Write for The Roar

Bob Hawke was nonplussed. He’d just gotten off a typically eloquent speech in front of a claque of media, and no-one had a question for him.

It was pin-drop stuff. Borderline uncomfortable. So I put up my hand.

It was the Sydney Olympics of 2000 and we were in a giant marquee tent building that sat out on a jetty in Walsh Bay, just outside the casino.

It was a huge media zone though less about sports as tourism, business and publicity.

I’d been a journalist – or more to the point, had been calling myself one – for a total of six months. I’d had one yarn published in Inside Sport another in Men’s Health.

But such were the times pre-9/11 that I could sign in and call myself a journo.

And so each day of the Games I’d rock up to this giant marquee tent thing, and see what was on.

One day the American sprinters turned up. Maurice Greene and Ato Boldon of Trinidad and Tobago. And the US press flocked like Oscar night.

Another time our Hawkey showed up. He was there to make a speech for Sydney Tourism about the joys of Sydney tourism.

And so in an auditorium in front of maybe 30 journos from around the world – people from Italy and Africa, dudes in colourful dress, one man wore a fez – our Bob held court.

He talked for maybe ten minutes, what he loved about Sydney. There was Randwick race track and the Sydney Cricket Ground.

He said he loved to fish for flathead off his jetty and have his lovely wife Blanche cook him up the catch. All washed down with a bottle of Hunter Valley Semillon.

He talked of his mateship with John Singleton – the great Singo – and their ownership of Belle du Jour, which had won that year’s Golden Slipper. Hawkey insinuated it had got him out of financial strife. Singo shouted the race track. It was peak Australia. 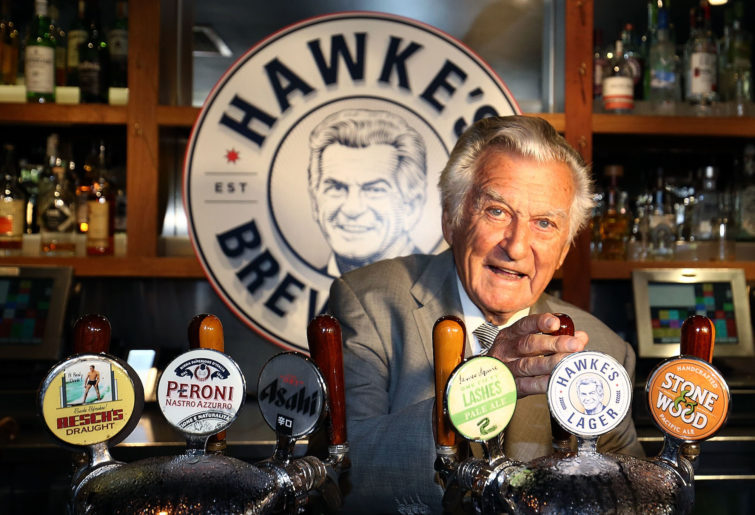 And a cracker of a speech. But outside of myself and a couple camera operators, wasted on the audience.

For afterwards, nothing. Pin-drop stuff. These were travel writers, in the main, and while they knew Bob Hawke had been Australia’s prime minister, their knowledge of the bloke, the man, and why he should be spruiking Sydney was effectively nix.

And the silence drew out into the uncomfortable.

“No questions?” drawled Bob in that distinctive voice Max Gillies made famous just as Billy Birmingham did Richie Benaud’s.

The microphone was gratefully handed my way. And all eyes were on me, including those of the great man with the silver mane.

“G’day Bob,” I said. “Who do reckon is going to win the Epsom at Randwick this weekend?”

There followed a nervous titter among the assembled press. Partly because I’d called the former prime minister “Bob” – are all Australians so familiar with their head of state? – and partly because they didn’t know what the hell I was talking about.

Bobby knew, though. Too right he did. Of course he did. He smiled and said: “Well, I had a yarn this week with my mate [the trainer] Bobby Thomsen, and he told me Shogun Lodge is in good fettle and will give a very good account of himself. So there you go, mate. I’m tipping Shogun Lodge.”

I smiled and said, “Thanks, mate,” into the microphone, and Bobby smiled back in that Bobby way of his, eyes twinkling, and said: “Good luck, son.”

And it was like being a kid having your hair ruffled by The Don.

Soon enough the camera operators were spreading the mail around their comrades.

“Hawkey’s just tipped Shogun Lodge in the Epsom,” one told a mate on the phone.

And Blanche turned around and looked at me, and beamed the biggest, brightest smile you’ve ever seen. Never forget it.

I met Bob again, years later, at the Jack Newton Celebrity Classic, the three-day golf palooza in the Hunter Valley. And I asked him did he remember that presser in 2000. He said he did.

I asked him did he remember someone asking him to tip the winner of the Epsom. He said he did.

“And I tipped Shogun Lodge and it won,” he said.

I told him I didn’t get on. And his eyes twinkled and he smiled, and he said: “You bloody mug.”

What a bloke. What an Australian. 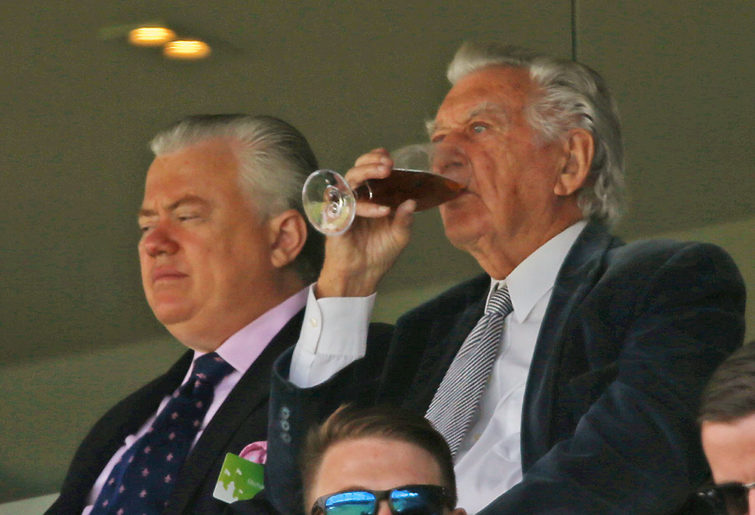 Most years Bobby would sing Waltzing Matilda at the function on the Saturday night. First year he did it, entire audience stood up and just about wept. He’d sing the verse, we’d all belt out the chorus. It was magnificent.

He’d tell this joke about a canoe. He’d sing Solidarity Forever, the old trade union anthem. In a crowd of relatively wealthy people, he’d rip it off through pure charisma.

It was only a couple years ago he played golf in 45-degree heat. Our foursome was inside drinking schooners, Bobby was out there whacking away, doing his best.

It was dangerous, really. But he’d have known he was coming to the end of a top innings, and just wanted to get another few holes in with his mate. Beautiful stuff.

Loved sport, Bob. Cricket and golf, all brands of footy.

He brought back the Prime Minister’s XI in 1983. You grow up in Canberra, and the West Indies come to town, well, they sold out Manuka Oval and another 2000 people came in under the fence.

There’s a classic video of Bob’s glasses being smashed at Kingston Oval in Canberra in a pollies vs media cricket match. He was ripping off a pull shot and copped one between the eyes. In no other country would it happen – the head of state bowled bouncers by the press.

There’s that lairy Australian flag jacket, of course, from the America’s Cup – a yacht race no-one really gave a stuff about until Bobby made us proud.

He wanted Australians to be proud of our place, to stand up on the world’s stage. He made us give us a stuff about John Bertrand and Ben Lexcen, who invented an incredible keel that beat the dastardly Yanks for the first time in 143 years.

They were heady days. People didn’t turn up to work and called their bosses bums if they got the sack. It was more peak Australia. Peak Bob.

And now he’s gone, the great man. And you think: How about him for an Australian?

He could tell a gag, skoll a schooner and set the big dog free off the tee.

He was a great Australian, equal parts larrikin and legend.

Welcome to December racing everyone.

There is a stack of quality racing on Saturday night, including black-type racing at Melton, Menangle and Albion Park. Below are the best bets for the respective programs.

The meeting at Coffs Harbour on Thursday wasn’t the strongest on paper, but upon watching replays and looking at sectional times, there are coming winners to come out of it.

A couple of solid meetings were run on Wednesday, namely Gosford and Sandown, so here is a review of the two meetings and a horse or two to follow.

There’s a stack of quality racing for Friday, both in the afternoon and evening.

Racing on Tuesday was at Newcastle and Hamilton, highlighted by an impressive debut winner, so down below is a review of the two meetings and a horse or two to follow.