AFL Trade Rumours 2021: The latest news and whispers on every player, every club

The 2021 AFL Trade Period is over. Here’s a roundup of the latest AFL trade rumours.

For a full list of free agents and out of contract players, check out our list here.

Tom Lynch – Will join North Melbourne in primarily a coaching role, but the deal reportedly does leave open the possibility of him playing.

Tyson Stengle – Will join Geelong as a delisted free agent.

Lachie Neale – The footy world was shocked by reports the 2020 Brownlow medallist was seeking a move back to old side Fremantle, with he and his partner keen to raise their family in Perth. However, he reaffirmed his commitment to the Lions in a video a few days later and, ultimately, nothing eventuated.

Archie Smith – The opportunity-starved ruckman requested a trade and club gave him their blessings to seek a new home, but he then announced his retirement despite being just 26.

Levi Casboult – Was not picked up by rival clubs after Carlton delisted him.

Mason Cox – Cox has publicly declared he is committed to playing on in 2022, but admitted he’s unsure of whether the Magpies will still want him.

Max Lynch – Was traded to Hawthorn.

Brayden Maynard – Despite a mid-year bombshell report that claimed he’d request a trade to Melbourne, nothing eventuated. Contracted until 2022.

David Zaharakis – Has been told by Essendon he won’t be offered a new contract. There is no word on whether any other clubs are keen on his services. Unrestricted free agent.

Adam Cerra – Was traded to Carlton.

Rory Lobb – Despite earlier reports claiming he was set for a return to Greater Western Sydney, the deal did not happen. Contracted until 2023.

Jordan Clark – Was traded to Fremantle.

Darcy Fort – Was traded to Brisbane.

Nathan Kreuger – Was traded to Collingwood.

Will Brodie – Was traded to Fremantle.

Ben King – Will be one of many Gold Coast players that Victorian clubs will look to court heavily next year. Contracted until 2022.

Jack Lukosius – Both South Australian clubs are reportedly gearing up to bring him over next season. Contracted until 2022.

Darcy Macpherson – The Suns attempted to trade him to North Melbourne but Macpherson himself refused the trade. Incredibly, he may now actually sign an extension. Contracted until 2022.

Izak Rankine – As with Lukosius, the Crows and Power will both try their hardest to bring him over when his contract expires next season. Contracted until 2022.

Malcolm Rosas – Was thought to be on Essendon’s radar despite barely featuring at AFL level in 2021, however, nothing eventuated. Out of contract, not a free agent.

Stephen Coniglio – Despite once again being subject to trade rumours – which intensified after Rory Lobb was rumoured to be returning – Coniglio stayed put once more. Contracted until 2026.

Bobby Hill – Surprisingly requested a trade to Essendon despite having a year to run on his deal and not being from Victoria originally. The Giants refused to entertain trade offers from both the Bombers and Collingwood and he will have to return to GWS next year.

Luke Breust – The Giants and Hawks had agreed to a trade for the small forward, but he personally vetoed it. Contracted until 2023.

Jonathon Ceglar – Was traded to Geelong.

Jack Gunston – Was allegedly one of many veterans the Hawks were shopping around to accelerate their rebuild, but nothing eventuated. Contracted until 2022.

Tom Mitchell – Another one of the veterans that Hawthorn were looking to offload, but no trade took place. Contracted until 2023.

Tim O’Brien – Signed with the Western Bulldogs as an unrestricted free agent.

Jaeger O’Meara – No serious talks took place over a trade for the veteran Hawk, despite earlier reports. Contracted until 2023.

Chad Wingard – GWS and Hawthorn were reportedly happy to arrange a trade for him, but Wingard publicly claimed he had no intentions of leaving and blocked the trade. Contracted until 2022.

Jake Melksham – Was reportedly keen on finding a new home next season after falling out of favour this season, but since committed to seeing out his contract. Contracted until 2022.

Aaron Vandenberg – Is seeking opportunities elsewhere after parting ways with the club, but no deal was done during the trade period. Out of contract, not a free agent.

Trent Dumont – Was dropped from North’s leadership group this season and was understood to be open to a move, but no clubs came knocking. Unrestricted free agent.

Robbie Tarrant – Was traded to Richmond.

Tristan Xerri – The arrival of Callum Coleman-Jones meant the young ruckman requested a trade to St Kilda. However, the Kangaroos didn’t entertain the move and were unimpressed with the Saints’ offers. Contracted until 2022.

Peter Ladhams – Was traded to Sydney.

Sam Powell-Pepper – Was briefly linked to West Coast in a search for more midfield time, but the Eagles pulled out pretty quickly. Contracted until 2023.

Josh Caddy – Was reportedly mulling over a move to a fourth club to get some more regular game time, but was not traded. Contracted until 2022.

Mabior Chol – Signed with the Gold Coast Suns as a free agent.

Luke Dunstan – Signed with Melbourne as a free agent.

Dean Kent – Is yet to receive a new deal from the Saints after being traded from Melbourne three years ago. Out of contract, not a free agent.

Jordan Dawson – Was traded to Adelaide.

George Hewett – Signed with Carlton as a free agent.

Sam Reid – Is still yet to receive a contract for 2022 and could be at risk given the acquisition of Peter Ladhams and the emergence of younger key forwards. Unrestricted free agent.

Jarrod Brander – Was rumoured to be on the trade table, but no serious interest from the Cats or Blues eventuated. Out of contract, not a free agent.

Josh Kennedy – Was expected to sign a one-year deal, but recent reports now claim that he is yet to accept the offer West Coast have in front of him and is mulling over retirement. Unrestricted free agent.

Tim English – Is in no danger of heading anywhere else this season, but reports claim he has knocked back early offers to re-sign beyond his current deal and wait until the end of next season to begin negotiations. Contracted until 2022.

Patrick Lipinski – Was traded to Collingwood.

Stefan Martin – Failed to hit a contract trigger that extends his deal with the Dogs for another year, but wants to play on. Unrestricted free agent.

Mitch Wallis – Re-signed with the Bulldogs for one more year despite falling out of favour in 2021.

Lewis Young – Was traded to Carlton. 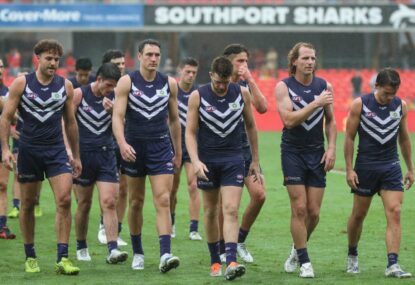 Epic torpedo after the siren is every footballer's dream 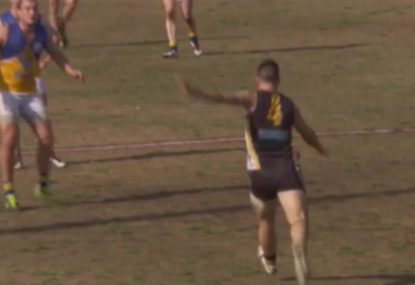 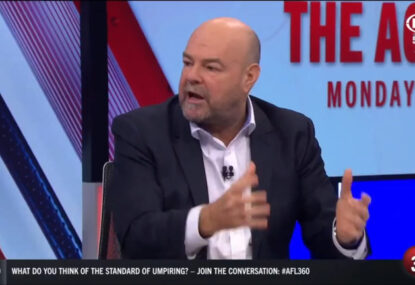 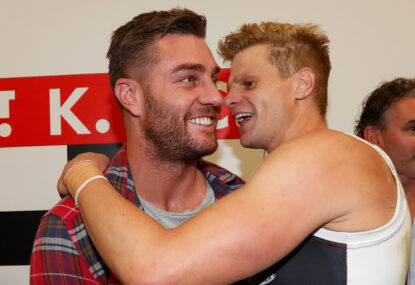 The rise of the flood defence: An AFL malaise 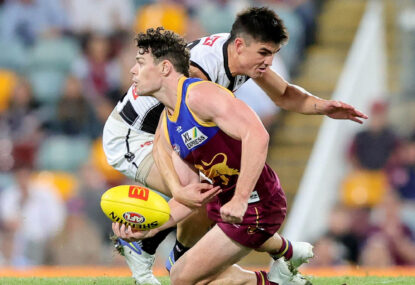 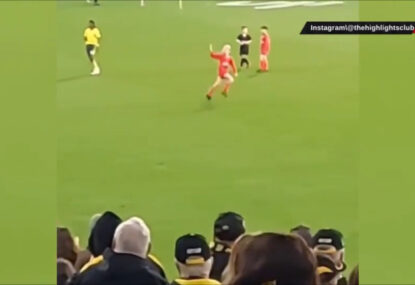 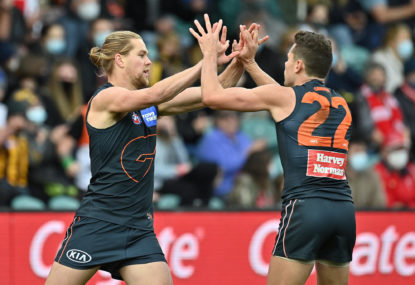 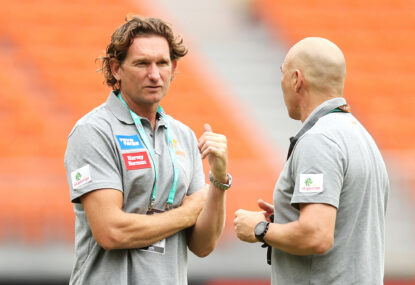 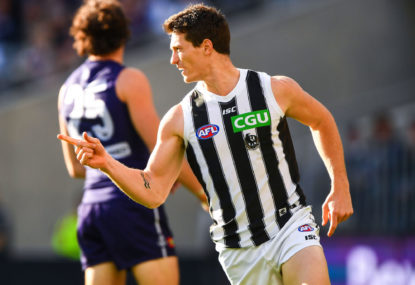